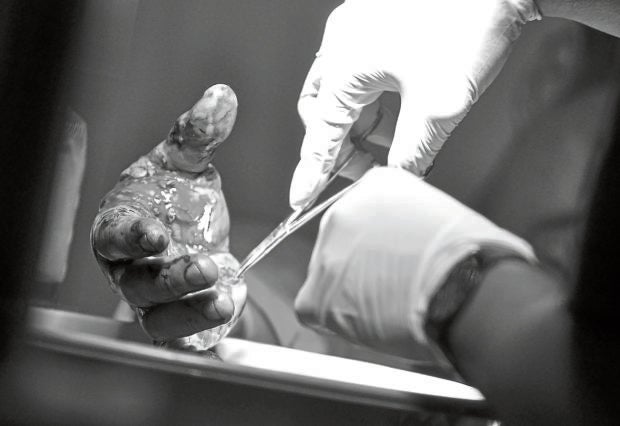 Filipinos can hardly wait for the horrible year that is 2020 to end.

From a volcanic eruption to a succession of supertyphoons and crippling public health and economic crises, 2020 certainly had it all and more, thus the burning desire among many citizens to go all out to just end it with a literal bang using firecrackers.

The Department of Health (DOH), however, has again warned against the traditional practice, citing the familiar dangers it poses such as mangled fingers, burns, and even death, especially among children.

Firecracker injuries have been on a downtrend as more Filipinos are heeding consistent warnings. Still, the DOH recorded 164 injuries caused by firecrackers from Dec. 21, 2019 to Jan. 1, 2020.

Following President Duterte’s announcement that he would consider extending the long-imposed ban on the use of firecrackers in his hometown of Davao City to the rest of the country up to December next year, citing public health and safety, the mayors of the National Capital Region have agreed to prohibit the sale and use of all kinds of firecrackers this year, while allowing community fireworks displays. In Eastern Samar, Gov. Ben P. Evardone issued an order on Dec. 29 imposing a total ban on the use of firecrackers in the whole province for 48 hours from 12:01 am of Dec. 31, 2020 to 11:59 pm of Jan. 1, 2021.

The mayors and governor passed these measures not just to reduce the risks of firecracker injuries, but also to prevent mass gatherings that may cause the feared holiday surge in COVID-19 infections.

Indeed, 2020 may be ending, but the COVID-19 pandemic that has caused widespread death and devastation the world over this year rages on. Thus a new word of caution from the DOH this year: Do not use trumpets and whistles and other noise makers that could transmit the contagious disease via saliva.

“What is new for this year’s campaign is we don’t recommend the use of noisemakers using the mouth that will cause the transfer of saliva, like whistles and trumpets,” said Myrna Cabotaje, Health Undersecretary for Public Health Services, during the recent online launch of the government’s annual anti-firecrackers campaign.

Health authorities likewise reiterated official warnings against congregating in large groups to bring in the new year—an occasion usually marked by gatherings of families and friends even more riotous than those for Christmas—as the virus that causes COVID-19 is still very much around, with a worrying new strain spreading across Europe and Asia.

“Given the pandemic, we must continue to adhere to minimum health standards, such as use of face masks, sanitizing hands, and maintaining social distancing,” Cabotaje said.

Another danger may come in the form of stray bullets. Police chief Debold Sinas said there would be no muzzle taping of government-issued guns this year, claiming the police could be counted on not to fire their firearms into the air as had happened many times in previous years: “Napag-umpisahan na ng mga previous commanders ’yan na hindi na (gagawin) at naging effective naman. May self-restraint at disiplina na ang karamihan sa amin and proven na maski may tape ka kung gusto mo magbaril, gagawin mo.”

The preventive measure was dropped in 2016 by then PNP chief and now Sen. Ronald dela Rosa. And so the possibility of a civilian getting hit by a stray bullet is once again present, adding to the already long list of worries plaguing Filipinos who nevertheless are going into 2021 hoping against hope that it will be a better year.