Vaccine diplomacy not as simple as a shot in the arm 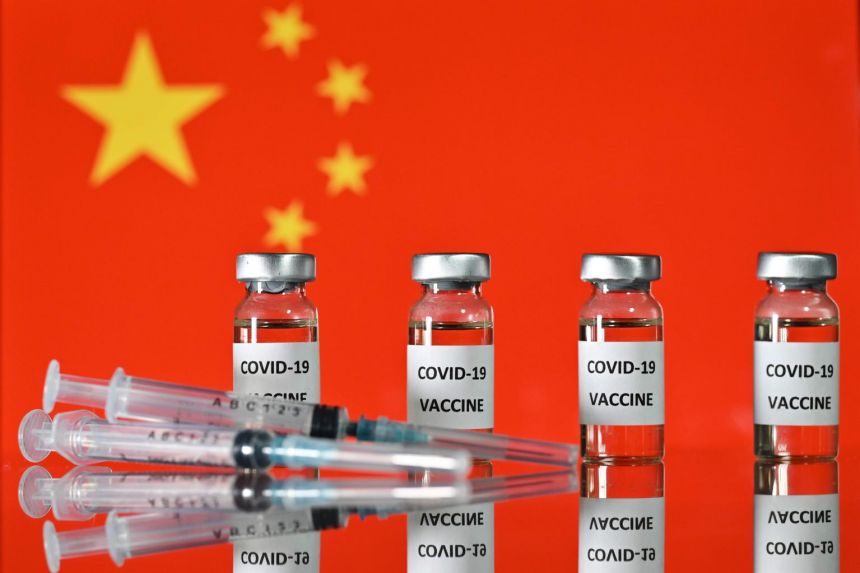 Beijing has been given a second chance to repair its international image and position itself as part of the global solution to the pandemic. PHOTO: AFP

SINGAPORE — Early on in the coronavirus outbreak as countries were grappling with the rapid spread of Covid-19, China sent boxes upon boxes of masks and other protective equipment abroad.

These items arrived in various countries bearing stickers of the Chinese flag, in a display of what has been called “mask diplomacy”.

With the world in the grip of a raging pandemic, it was a golden opportunity for China to reshape the narrative of how it had mishandled the initial stages of the outbreak, and to position itself as a global leader at a time of great need.

But as it has since turned out, the public relations campaign was a flop. Reports of unscrupulous private Chinese firms selling sub-standard masks, test kits and ventilators tarnished efforts to win goodwill. Overzealous Chinese diplomats who asked recipient countries for praise and gratitude also raised questions about Beijing’s altruism.

But now, as testing for China’s Covid-19 vaccines nears completion, Beijing has been given a second chance to repair its international image and position itself as part of the global solution to the pandemic.

On paper, Beijing looks to be in a good position to expand its soft power and influence. With infections within its borders under control, China has greater latitude to distribute its vaccines overseas – unlike the United States, which has prioritised inoculating Americans first.

In May, Chinese President Xi Jinping said Chinese vaccines would be a “global public good”, and China subsequently joined the World Health Organization (WHO)-backed Covax initiative – from which the US is conspicuously absent – to help ensure equitable global distribution of Covid-19 vaccines.

Professor Steve Tsang from the SOAS China Institute in London said there was “no doubt that Beijing is trying to use the supply of vaccines to boost its soft power”.

“But a lot will depend on how it goes about it,” he said, pointing out it was unlikely that Chinese-made vaccines would be provided for free after they have completed clinical tests.

Beijing has no doubt learnt from its earlier mistakes, but this latest “vaccine diplomacy” push is not as straightforward as it seems.

Of the 18 vaccines currently in phase three clinical trials, five are from China. These are being developed by four vaccine makers which are conducting trials in some 16 countries.

Chinese vaccine makers have had to go abroad to conduct final-stage testing, since they require vaccines to be field-tested in an environment where the virus is still spreading. In return, these countries have been given preferential access to Chinese vaccines.

State media reported this month that some 500 million doses of Chinese vaccines have been ordered by foreign countries so far, largely by host countries where these drugs are being tested.

Developed countries have snapped up Western-made vaccines, leaving a gap in the developing world that experts say China is moving in to fill.

Rich nations have bought almost all of next year’s supply of the two vaccine front runners – one by Pfizer-BioNTech and the other by Moderna – according to the People’s Vaccine Alliance (PVA), a network of organizations that includes Amnesty International, Oxfam and Global Justice Now.

Canada, for instance, has ordered enough vaccines to inoculate each Canadian five times, although it has pledged to share any excess with other countries.

The situation is such that nine in 10 people in 67 developing countries – including nations like Cambodia, Laos and Pakistan – stand little chance of being vaccinated next year, said the PVA this month.

To these countries, China’s vaccines are a lifesaver.

This month, the United Arab Emirates (UAE) and Bahrain became the first two countries to grant full approval to a vaccine made by state-owned firm Sinopharm, even before full clinical trial results have been published.

While Beijing has rejected claims that it is using its vaccines as a tool for global influence, saying it is committed to sharing its vaccines with the world, it is not hard

to see how its posturing over its vaccines aligns with its foreign policy goals.

Dr Huang Yanzhong, a senior fellow for global health at the Council on Foreign Relations in New York City, said Beijing’s actions present this image of a “benign great power providing access to countries excluded from the global distribution of these vaccines”.

But they also expand the market share for Chinese vaccines in the developing world, since Western alternatives have largely cornered the developed market.

Indonesia received 1.2 million doses of Sinovac’s vaccines this month. Another 1.8 million doses are expected to arrive next month.

The dearth of data around China’s vaccine candidates is unsettling.

Both Pfizer and Moderna have announced that their vaccines appear to be about 95 per cent effective, while the vaccine produced by Oxford University and AstraZeneca has an efficacy of up to 90 per cent. But none of the Chinese vaccine candidates have released official preliminary data from phase three trials.

The Chinese health authorities have pointed to the fact that over a million Chinese people have been inoculated with the experimental vaccines under emergency-use protocols without any adverse reactions, as proof of its safety.

Without transparent data on the vaccines, however, Beijing will find it hard to inspire confidence in what it has to offer.

Last week, Hong Kong said its residents will be allowed to choose which shot they want to take among several vaccine candidates that will likely include Sinovac’s.

It also does not help that past vaccine scandals in China have sapped global confidence, including one as recent as 2018 where a leading vaccine manufacturer was found to have made rabies vaccines with expired products. “Chinese-made vaccines don’t have a good established reputation in the developed world, and given its domestic record, this is an important factor as to why countries are still sceptical about China’s vaccines,” said Dr Huang.

Put simply, for China’s soft power push to work, its vaccines must be shown to be effective and stand up to scientific scrutiny.

Unlike masks and test kits, vaccines are injected into the human body and cannot be jettisoned if found to be faulty.

At the same time, there are worries that China’s vaccine push could hand it too much leverage in the region, said Mr Lye Liang Fook, senior fellow at the ISEAS – Yusof Ishak Institute in Singapore. Being dependent on Chinese vaccines could cause countries to tone down their criticism of China when it comes to territorial disputes.

Mr Lye pointed out that Asean nations such as Malaysia, the Philippines and Indonesia have been conscious about not relying solely on China-made vaccines. These countries are also signing deals with other firms such as Pfizer, AstraZeneca and Russia’s Gamaleya Institute.

Malaysia and the Philippines have competing claims with China in the South China Sea, while Indonesia and China are in a dispute over fishing rights around Indonesia’s Natuna Islands.

Notably, Cambodian Prime Minister Hun Sen recently said the country would accept vaccines approved only by the WHO, and that his country was not a “dustbin” for Chinese trial vaccines.

Mr Lye said: “It tells you that even countries that are more amenable to China are, at least publicly, showing that they are being politically conscious.”

The worry is that Beijing could use the supply of vaccines as leverage to achieve its geopolitical goals in the region, or cut off the supply should there be disagreements.

Political tensions between China and Canada are believed to be the reason the Chinese authorities blocked Tianjin-based company CanSino Biologics from shipping its test vaccines to Canada for trials a few months ago.

Western countries such as the

US and Britain this month have placed added pressure on Beijing to prioritize its domestic population.

There is also the likelihood of an “immunity gap” developing, where Western nations achieve herd immunity from the virus before China, meaning these countries would be able to return to normalcy, while Beijing

would have to keep up its strict control measures at considerable economic cost.

“It is not only epidemiologically bad for China, but also politically dangerous, because China

would no longer be able to point to the ineffectiveness of Western countries in handling the outbreak to show the superiority of its political system,” said Dr Huang.

Supposing two doses are needed for each vaccination, and that vaccine production capacities do not increase, that amount would not be enough for the 70 per cent of China’s 1.4 billion people that Beijing needs to inoculate to reach herd immunity next year.

There are signs that Beijing recognizes the risk of this happening, said Dr Huang, pointing to recent reports that China intends to vaccinate some 50 million people by Chinese New Year next year.

But if it wants to achieve herd immunity ahead of Western countries, it could mean reneging on promises made to the developing world.

“If you fail to deliver the amount of vaccines you promise, that is going to tarnish Beijing’s image. This is a dilemma that I think Chinese leaders will have to grapple with in the near future,” said Dr Huang.

The incoming Biden administration could also frustrate China’s outreach if the administration takes a more active stance in vaccine diplomacy, and sets aside a portion of its vaccines for developing countries.

Add a rapidly mutating virus into the mix of all these concerns and the only certainty is that Beijing’s vaccine diplomacy is not going to be as simple as a shot in the arm.