ICC should now proceed to investigate China’s crimes against humanity 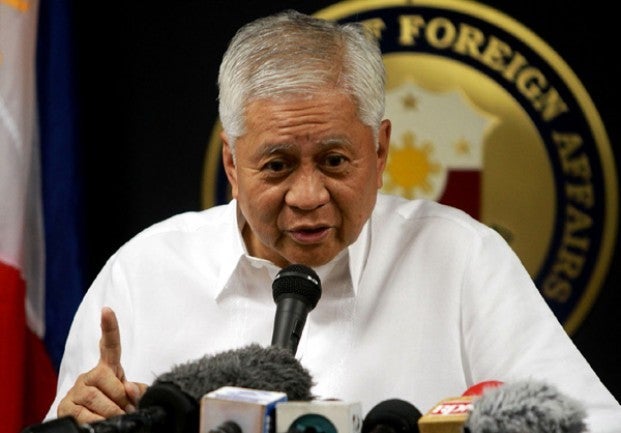 As we see it, recent events may have fundamentally altered world affairs—with the US and several European and Asian countries now squarely confronting China for its persistent violations of international law especially in the domain of human rights, the territorial integrity of States and the law of the sea. It is important that we continue to address this issue because our quest for justice will shape the future of our world and our country’s place in it.

For our part, we continue with our own efforts to demand accountability from China, ever since it started in the 1980s  to take away land and waters in the South China Sea belonging to Filipinos.

Part of our efforts is the March 13, 2019 Communication that Former Ombudswoman Conchita Carpio Morales and I had filed with the Office of the Prosecutor of the International Criminal Court (ICC).

This Communication describes how Chinese President Xi Jinping and other officials committed crimes against humanity by intentionally depriving Filipinos and other coastal inhabitants in the South China Sea of their food, resources, and livelihood. In the words of the ICC Statute, these are, no doubt, “inhumane acts…intentionally causing great suffering, or serious injury to body or to mental or physical health” that must not go unpunished.

We are all familiar with China’s continuing unlawful oppression in the South China Sea. These include preventing our fishermen from pursuing their livelihood in Scarborough Shoal and in our West Philippine Sea, blocking the development of our natural resources, mercilessly destroying our marine environment, erecting military facilities in our waters, and ridiculously confronting our President with the threat of war.

China’s hegemonic agenda in the South China Sea prejudices more than half of our country’s 110 Million population who live in coastal communities, relying on marine resources for their daily needs and survival.

If we recall, on December 5, 2019, the ICC Office of the Prosecutor released a report raising some jurisdictional concerns on our Communication. The Office also informed us of these concerns in a letter dated November 27, 2019. The Office of the Prosecutor stated that, for the ICC to take jurisdiction, the crimes described in the Communication should occur in Philippine territory, which includes its territorial sea.

On December 13, 2019, we responded to the ICC Prosecutor that we intend to submit a more extensive discussion on why the acts of Chinese officials described in our Communication fall within the territorial jurisdiction of the International Criminal Court, consistent with Article 12(2)(a) of the Rome Statute, as well as to give new facts and information to supplement our Communication.

Thus, if it is shown that the crimes described in the Communication occurred not only in the Exclusive Economic Zone (EEZ) of the Philippines, but also within its territorial sea or landmass, the ICC has basis to proceed with our Communication.

We are submitting our Response this week to the International Criminal Court’s Prosecutor, and I am happy to announce that Justice Tony Carpio has agreed to join our quest for justice, as our counsel in this ICC Case. Justice Carpio is a legal luminary with unparalleled wisdom and expertise in the South China Sea issue, and he will surely bolster our efforts in the ICC.

In our Response, we demonstrated that the crimes against humanity committed by Chinese President Xi Jinping and other Chinese officials and agents occurred not only in the EEZ of the Philippines, but also in the Philippines’ territorial sea and the coast of Luzon.

First, part of the destructive, massive illegal reclamation and artificial island-building undertaken by Chinese officials in the Spratlys occurred in Subi Reef, which is within the territorial sea of Pag-asa (Thitu). Pag-asa is Philippine territory with a permanent community of Filipinos and is controlled and administered by the Philippines.

Second, Chinese officials continue to enforce its hostile blockade within the territorial sea of Scarborough Shoal that prevents Filipino fishermen from pursuing their livelihood. These fishermen live along the coast of Luzon and rely on their fish catch to survive. The effects of these Chinese criminal actions therefore extend to the Philippines’ coast of Luzon.

Third, over 322 Chinese militia vessels have conducted “swarming” activities in the Philippines’ territorial sea and shores of Pag-asa for more than 600 days since 2018, and remain in the area indefinitely. These illegal Chinese activities are meant to intimidate Filipinos, harass those Filipinos living in Pag-asa, and prevent fishermen from pursuing their livelihood.

Fourth, the June 2019 ramming of F/B Gem-Ver in Reed Bank, where 22 Filipino fishermen were left to die until they were rescued by a Vietnamese fishing vessel and ultimately recovered by the Philippine Navy. While this occurred in the Philippine EEZ, this falls within ICC jurisdiction because the Chinese committed this crime against a Philippine-registered vessel.

We also included senior executives of China Communications Construction Company (CCCC) given the confirmation that CCCC and its subsidiaries undertook the massive and destructive illegal reclamation and artificial island-building in the South China Sea, which has caused devastating and long-lasting damage to the marine environment and the livelihoods of countless fishermen.

These facts are straightforward because they are based on publicly available evidence and a number of them have been judicially vetted in The South China Sea Arbitration.

We therefore believe that the ICC has a strong basis to proceed with our case. The end purpose of our ICC case is to hold Chinese President Xi Jinping and other Chinese officials criminally liable and be penalized by imprisonment pursuant to the ICC Statute. They planned it; they implemented it; and they continue to commit their crimes against Filipinos and all the coastal inhabitants of the South China Sea.

Given the global repercussions of Chinese actions, we believe that our case fulfills the founding purpose of the ICC which, as stated in the Preamble of the ICC Statute, is to punish the “most serious crimes of concern to the international community” and to “put an end to impunity for the perpetrators of these crimes.”

As our case progresses, warrants of arrest may be issued against the individuals we identified as responsible. This effectively prevents persons like President Xi Jinping and Wang Yi from travelling to ICC State Parties like a number of European countries, Australia, Japan and the Republic of Korea because such countries will be obligated by the ICC Statute to enforce the arrest warrants against them.

VII. OTHER STATES SHOULD ALSO PURSUE SIMILAR ACTIONS AGAINST THE CHINESE LEADERSHIP

We urge our neighbors in the South China Sea who are also aggrieved by China’s actions to submit similar communications with the ICC to make Chinese officials accountable for their atrocities.

VIII. INTERNATIONAL LAW AS THE GREAT EQUALIZER OF STATES

We pursue this case on the premise that we, Filipinos, should not sit idly by as China continues to flagrantly destroy our rights. Through our private efforts, we continue to work to protect our country’s rights and to make China pay for its atrocities against the Filipino people.

We are heartened to know that, as of now, nearly 100,000 Filipinos have signed an online statement of support for our efforts to hold Chinese President Xi Jinping and other Chinese officials criminally accountable for their actions in the South China Sea. We believe that our countrymen are true patriots in their hearts and, when push comes to shove, they will truly fight for the Philippines, a country we love.  We hope that our Government will join us in this quest for justice.

In closing, there are those who think the Rule of Law in international relations does not apply to Great Powers. We reject that view. International law is the great equalizer among States. It allows small countries to stand on an equal footing with more powerful States. Those who think “might makes right” have it backwards. It is exactly the opposite, in that right makes might. END

Read Next
‘From arms to farms, from ARMM to BARMM, from revolution to reformation: The struggle for peace and development’
EDITORS' PICK
The Best Tech Gifts For The 2022 Holidays
The vivo Y16 makes the season of giving more thoughtful for the whole family
18,529 out of 24,903 pass nursing board exam
Egg prices rise due to bird flu, increased holiday demand | #INQToday
Marcos urges Filipinos to be like Bonifacio: honest, patriotic
House energy committee chair Arroyo bats for cheap electricity
MOST READ
Mel Tiangco on co-anchor Mike Enriquez’s condition, ‘rivalry’ with Korina Sanchez
LOOK: Vina Morales goes to Boracay with mystery man
Marcos urges Filipinos to be like Bonifacio: honest, patriotic
Jack Ma living in Japan after China tech crackdown: FT
Don't miss out on the latest news and information.