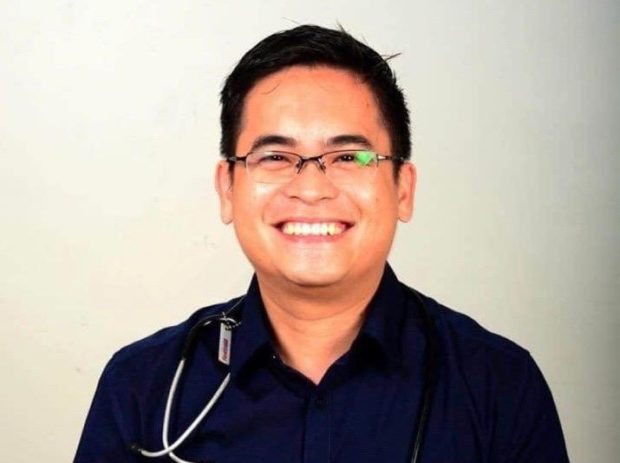 The true measure of an individual is not how much one has, but how much of himself or herself that person is able to give and share to others. This is exactly how Dr. Reginald Balmeo, or as he is fondly called by friends…Red, has been living his very meaningful life. And it was this strong sense of service that motivated him to be a pediatrician. To him, children have more needs than adults, but have less capability to take care of themselves, thus making them very vulnerable. So in choosing his field of expertise, he readily chose to be a protector of the weakest. He had the best opportunity to take on this role during his pediatric residency training in UP-Philippine General Hospital (UP-PGH), an end-referral tertiary hospital… or hospital of last resort, whose charity wards take care of the sickest and the poorest children of the country.

For Red, being able to share as an individual is just not enough. He can do more. So he made it his personal mission to volunteer to hold free review and training sessions for subsequent pediatric residency graduates of UP-PGH, to ensure that every graduate gets to hurdle the pediatric boards and be full-fledged pediatricians the soonest possible time. After topping the exam himself in 2013, Red has since helped UP-PGH in producing 6 batches of child protectors (approximately 120 pediatricians already). 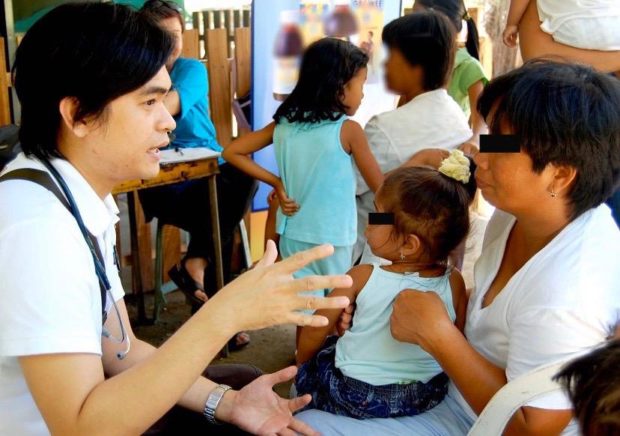 Red eventually decided to pursue further training in child care in 2016, and chose Pediatric Pulmonology, recognizing that most critical illnesses of children are those of the lungs. Even if further training would mean delaying private practice, and in spite of inherent physical, psychological, emotional and mental struggles in UP-PGH fellowship training, Red chose this more difficult path, with being better able to eventually give back to his family and to serve others as sole motivation.

However, as fate would have it, Red and his family was faced with a major crisis. In December 2019, Red felt a small, non-painful lump in his scalp. Later, he was diagnosed to have Malignant Melanoma a very aggressive type of cancer of the skin. As if being cancer is not enough, the location of the lesion makes the cancer more dangerous with higher probability of spreading. True enough, his June follow-up showed a spread of the cancer cells to his neck lymph nodes. Since his first operation in February 2020, he has had 2 subsequent surgeries. To help kill the remaining cancer cells, and to halt further spread, Red needs an 18-session immunotherapy course. Needless to say, all these entail financial costs which are way beyond the capability of the family. Because Red has started private practice only last year in Lucena, Quezon, which was put to an abrupt halt due to his cancer, his medical bills prove to be a big challenge for his parents– his father a retired seafarer in his 70s and his mother a homemaker in her 60s. 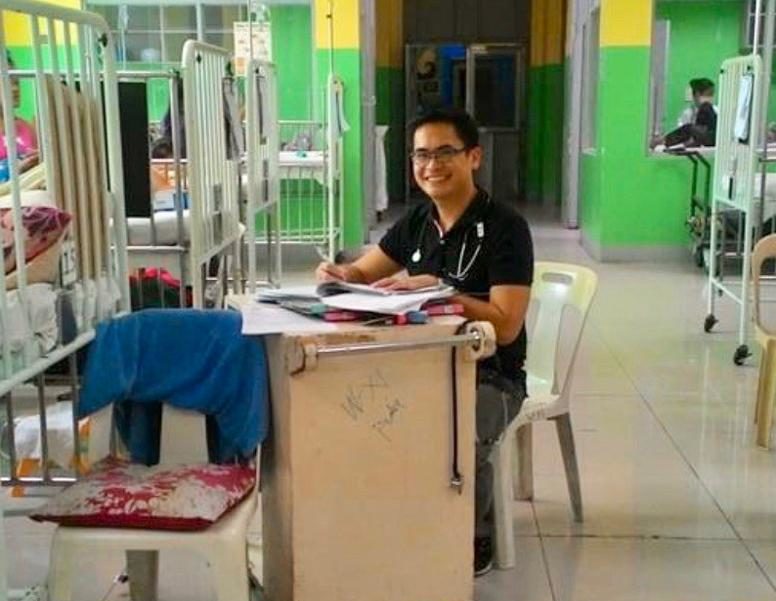 Since he broke the sad news about his health, Red’s friends and colleagues have pitched in with donations, while some organized fund-raising activities. What he and his family lack in terms of possessions is compensated by people who love him — people whose lives he touched. One morning he received a small amount of donation in his bank account, with an accompanying message “Doc, isa po ako sa mga natutor ninyo sa Bio mga 20 years ago sa UP Baguio.” Another donation came in from a junior pediatrician practicing in Bicol, “Sir Red, tinatanaw ko po kasi na dahil sa pagtuturo at inspirasyon ninyo ang pagkapasa ko sa Pedia Boards.” However, given the extremely high cost of the treatment (3.5 million for the immunotherapy alone, still not inclusive of the surgeries and other laboratory costs), the family is appealing to other kind hearts to help them sustain Red’s treatment.

Red is a very promising, young doctor. Ever since grade school he was a consistent honor student. He graduated cum laude with a degree in Biology from UP Baguio before entering the College of Medicine in UP Manila. During residency in UP-PGH, he served as Assistant Chief Resident. Later in 2018 he served as Department Chief Fellow, with more than 60 pediatric fellows under his wing. According to his family, Red is very malambing as a son. He is very family-oriented, being particularly close and very protective to his kuya with special developmental needs. Whatever he used to receive as stipend during residency is shared to his family in Lucena. He made a promise to his family that he would do everything to eventually give them the comfortable life they deserve. In the eyes of those closest to him, on the other hand, Red is a most dependable friend who would drop everything and would go out of his way to help those in need. He has the quickest wit, the best quips, and the most infectious laugh, easily making him paborito ng bayan.

Indeed, Red is the kind of model doctor our country needs. He is an up and coming physician hoping to re-enter UP-PGH as a consultant and educator. He is in need of all the help he can receive. Let us allow him to fully realize his dreams of being in the best position to serve the underserved, the most vulnerable, particularly in his hometown in Lucena City. Let us allow Red to take care of more Filipino children. Let us allow Red to touch more lives. Let us help Red help others.