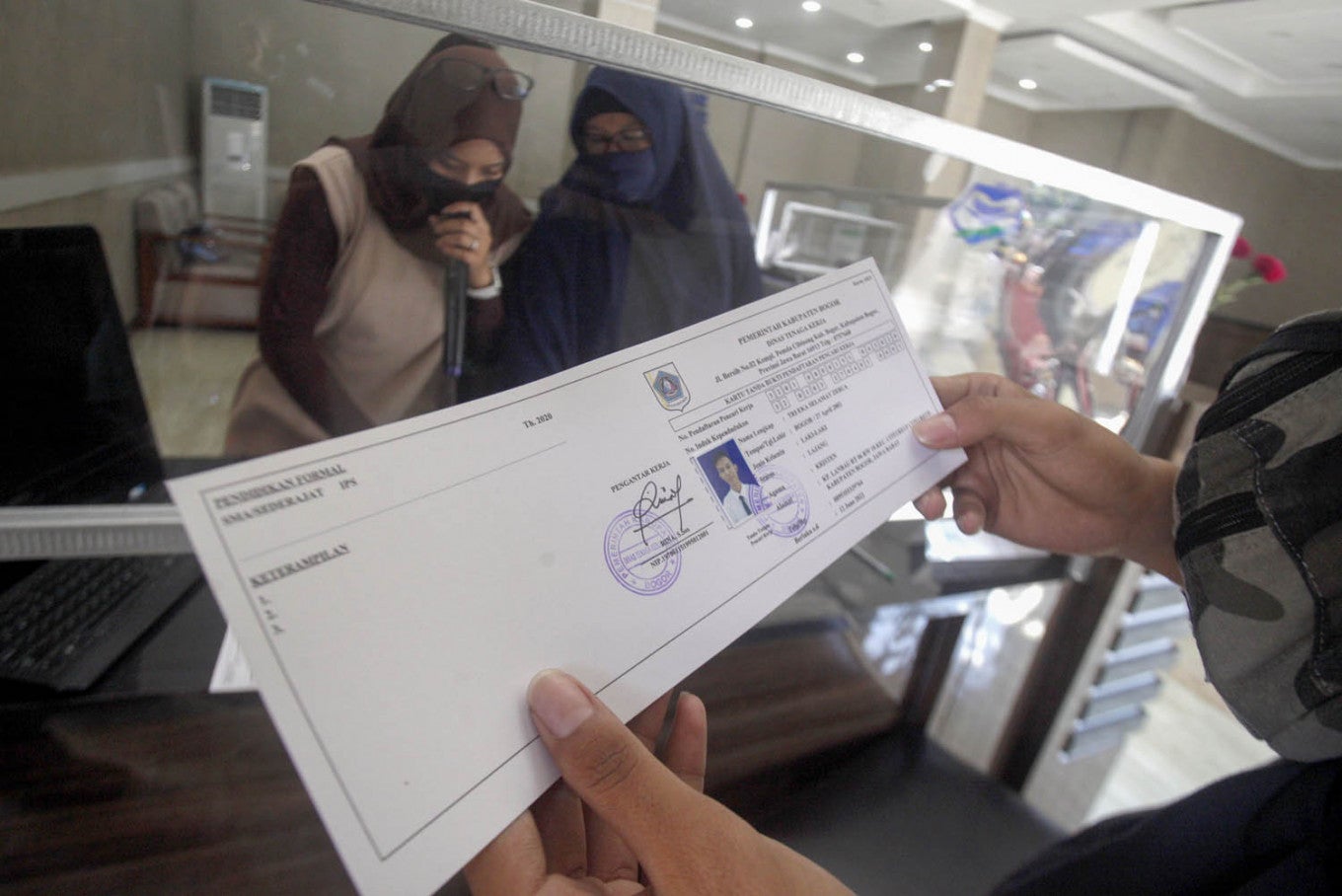 JAKARTA — COVID-19 continues to slow down Indonesia’s economy, and this may have severe impacts on recent graduates entering the job market for the first time.

With the country’s economic growth shrinking to 2.97% during the first quarter of 2020, many companies started cutting recruitment of new employees as early as March.

The National Planning and Development Agency recently announced the country’s unemployment rate could hit its highest in more than a decade, rising to 9.2% – or nearly 13 million people – by the end of 2020.

Before the pandemic, 2019 estimates from the International Labor Organization placed Indonesia’s 15-24 year old unemployment rate (17.04%) as the second highest in Southeast Asia, behind only Brunei Darussalam (30.04%). Indonesia’s rate has stagnated at high levels for the past two decades, having never gone below 15% since the 1998 economic crisis.

The Conversation spoke to doctoral candidate in economics at Waseda University Japan, Tifani Siregar, who said even before the pandemic, employment trends for Indonesia’s youth were already concerning, and will worsen.

She says the pandemic will worsen the labour market for Indonesia’s young candidates in three ways: higher barriers of entry into the job market, long lasting lower income levels, and worsening labour conditions.

Higher barriers of entry into the job market

Low levels of education in the country’s workforce, inadequate vocational training programs and an increasing skills deficit due to digital advancements are often seen as contributing factors to high unemployment figures before the pandemic.

SMERU Institute researcher Muhammad Adi Rahman told The Conversation the pandemic will make penetrating the job market more difficult for them in the years to come.

“The competition will be much more fierce as they will have to fight it off not only with other young candidates, but also with job seekers who were laid off because of the crisis,” he said.

“In Indonesia, there are a lot of regulations designed to protect workers, from higher firing costs to relatively higher minimum wages compared to the national average,” she explains.

Things will get worse even after the pandemic recedes, Tifani adds, as firms become more careful in recruiting new employees.

A 2016 study by the Institute of Labour Economics (ILO) in Germany, for instance, found young candidates entering a rigid labour market during a recession were more likely to get trapped in unemployment.

Tifani warned that even for young people who manage to get a job amid the pandemic, they will suffer long-lasting financial losses compared to those getting a job in normal economic conditions.

A 2012 joint study by researchers from the University of Toronto and Columbia University found graduating and job seeking during a recession results in lower income levels that persist for at least ten years before catching up with their peers.

“During normal times those employed in high level jobs are provided with training and programs, but during a recession, companies are unable to invest as much in human capital,” Tifani explains.

Hizkia Polimpung, a researcher at Bhayangkara University in Jakarta, says aside from lower income, the recession might also negatively impact working conditions.

The impact will be worse for young job seekers as they will have a reduced “wage reservation” – the lowest salary at which a worker would be willing to accept a particular type of job – compared to experienced workers.

“The end result is not only the possibility of unemployment, but also abusive employment conditions,” he said.

The poor employment conditions might, among others, force desperate young graduates to accept jobs they are overqualified for with low pay and minimum growth opportunities. Others might even be forced to accept informal jobs, typically characterised by their vulnerable contract terms and substandard working conditions.

Around 50% of Indonesia’s young workforce already work in informal jobs, with the number projected to increase due to the pandemic.

At the global level, for instance, ILO recorded an increase of young people in informal sectors from 83% to 91.4% in lower-middle income countries.

What can be done?

SMERU’s Adi said stimulating the economy through subsidies and financial incentives – especially for small and medium enterprises (SMEs) – is important to weather the labour market shocks due to the pandemic.

The government has set aside US$ 4.85 trillion stimulus for businesses, including tax cuts, to dampen the damages caused by the pandemic.

“During the 1998 crisis, SMEs were an important economic buffer, while now all types of businesses are severely hit,” he said.

By protecting the businesses, the government will help SMEs continue hiring and lessen shocks in the labour market.

The government has also disbursed money to help struggling students amid the pandemic.

The Alliance of Indonesian Student Executive Bodies claims in their survey 83.4% of university students have parents whose income was affected by the pandemic, with 76.9% unsure whether they can pay their tuition fee next semester.

That results in at least 50% of private university students struggling to continue paying for their education.

By preventing students from dropping out of school, the government may avoid the rate of youth unemployment from rising further, Tifani said.

The author, Luthfi T. Dzulfikar, is Associate Editor of The Conversation.