Is COVID-19 the end of the world as we know it? | Inquirer Opinion

Is COVID-19 the end of the world as we know it? 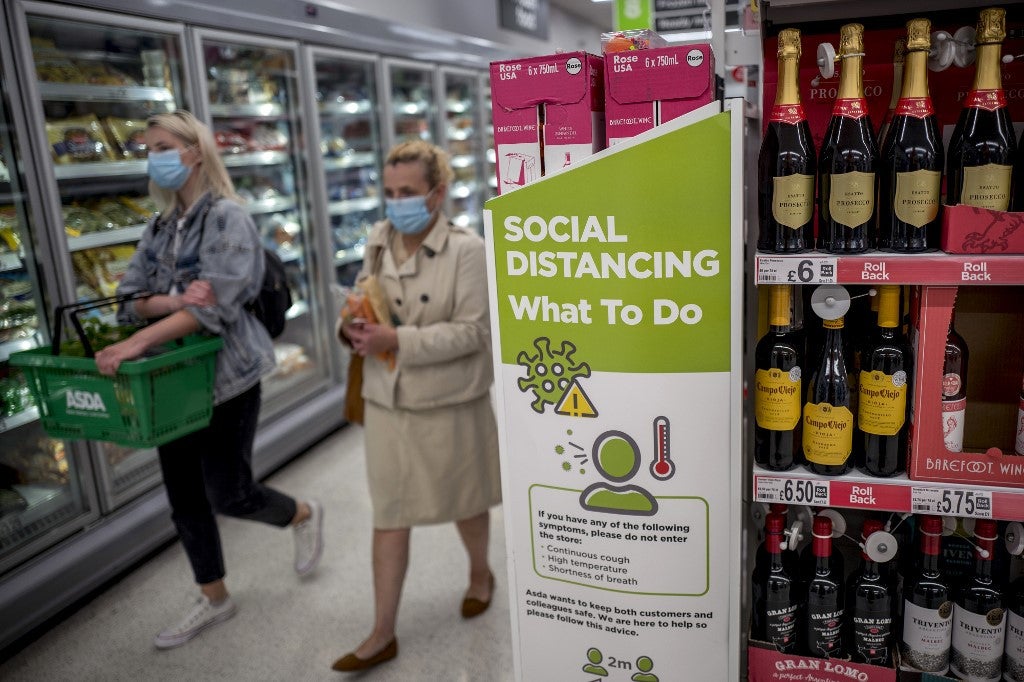 Shoppers wear face masks as a precaution against spreading and contracting COVID-19 while walking past an informational banner on the British government’s social distancing guidelines, on June 22, 2020 at an Asda supermarket ourlet in Walthamstow, east London. (AFP/Tolga AKMEN )

JAKARTA — If you live in the developed world, the first 20 years of this century might have resembled the apocalypse in slow motion: from SARS to the global financial crisis, from Islamic State to the Sept. 11, 2001 attacks and the War on Terror, from technological disruption to Trumpian anxiety and now, the COVID-19 pandemic.

And yet, for many others, the 21st century has also been a revelation: Money to spend, real-time connections with the world, the Babylonian wonders of urban life and much more.

Time and again, data and insights have supported this dichotomy. For years, polling and analysis have pointed to growing levels of dissatisfaction and malaise in a number of rich countries. This has been occurring against the backdrop of people who are not only living better lives, but empowered with opportunities thanks to greater mobility and education that have transformed their existence.

Our study, World in Crisis, measured the sentiments of citizens from 23 countries toward their governments’ COVID-19 crisis management efforts. While the news coverage has focused predominantly on our political findings and how our leaders have performed, these results are in many ways less interesting and largely predictable. What really stood out to us were the wider perceptions of how business, media and communities were seen to have responded.

The results of our study, which have been reported in nearly 30 countries to date, show that most countries were rated poorly across the board. The major revelation for me was how people in the majority of the world’s most advanced countries – in both the East and the West – were not only shocked and surprised by how quickly the crisis overran their daily lives, but also expressed a wider feeling of being let down, giving the impression that they had expected more.

Performance ratings for business leaders and healthcare systems, even local communities and neighborhoods, all scored more poorly in advanced nations.

Our findings, from the United States to Italy and to Japan, all point to one thing: People living in wealthier nations feel isolated and vulnerable in a way they have not felt for generations. Of the 11 developed countries and territories covered in the study, only New Zealand scored above average

Despite the long-standing evidence from even before our study, we are witnessing a level of denialism, with some commentators suggesting that the scores do not reflect on the best route ahead. The wealthier nations, they argue, just need the time to organize their resources in response to such an unprecedented event. Once this happens, they claim, public opinion will soon shift. Yet the most recent polling in nearly all of these countries indicates that perceptions have actually deteriorated further.

Japan and France, for example, scored the lowest in our study, and public opinion in both countries remains anemic. Yet the responses from these countries hardly feel like outliers. South Korea, which scored fourth lowest in our study, even voted overwhelmingly to reelect a president during the crisis. So, in all likelihood, the scores reflect more than simple antagonism towards political leaders. Something else is going on.

On the other end, some argue that the countries that scored well are often authoritarian and have leaned on state-controlled media to the extent that their people tell pollsters everything is hunky-dory. While their media diet can have some influence in what people tell pollsters, it does not tell the full picture. Singapore, Thailand and even Iran are all dominated by state media, yet none of them recorded stellar results in our study. Barking up the propaganda tree only gets you so far.

Two months on, the vulnerability expressed in our study by people in advanced countries largely remains. It also appears to fit a continuum that has been developing for some time now: the belief and confidence that unraveled after World War II and peaked with the collapse of the Berlin Wall, but was rock solid by the end of the 20th century.

The deep global disillusionment reflected so obviously in our poll, as well as in others conducted during the current crisis, has not arisen out of nowhere. It demonstrates a real sense that all is not right. The emotional mindset also goes well beyond anger. There is a growing realization that political and business leaders are short on long-term answers, and “community” is now a term more likely associated with social media than social cohesion.

The findings of our study reveals something pertinent: It is time for developed nations to truly reflect on the way forward. The idea that those living in successful, advanced countries can look forward to perpetual advancement is no longer a given. More and more people are coming to comprehend this. The present crisis, more than all the other recent ones, has laid this bare.

With that, confidence can only be regained through new ideas and action. Developed countries need to agree on a new approach to managing the future and a fresh compact with the rest of the world. As with a major war, the pandemic has left everyone with heavy losses, and now is the time to acknowledge that simply trying to paper over long-standing flaws is not going to offer either stability or hope.

These new ideas could include rethinking the global institutional framework, whether for trade, health, finance or even technology. Countries also need to reconstitute and develop new forums to include a more diverse representation of key global stakeholders. In the same way that leaders have been forced to address changing attitudes and demands on race and gender in recent years, they now need to expand this change in approach to society itself.

So it turns out, once again, that the apocalypse is not nigh. People too often confuse the end times with a reshuffling of the established order. Those who have enjoyed sitting in the premium seats for a long time will have to pay more for them or give them up altogether.

As Michael Stipe sang, “It’s the end of the world as we know it and I feel fine.”

The writer, David Black, is founder and CEO of Blackbox Research, a data-driven content and research agency based in Singapore that primarily covers national and regional public opinion.