Are Asean countries really ready to reopen? Beware of bumps and curves ahead 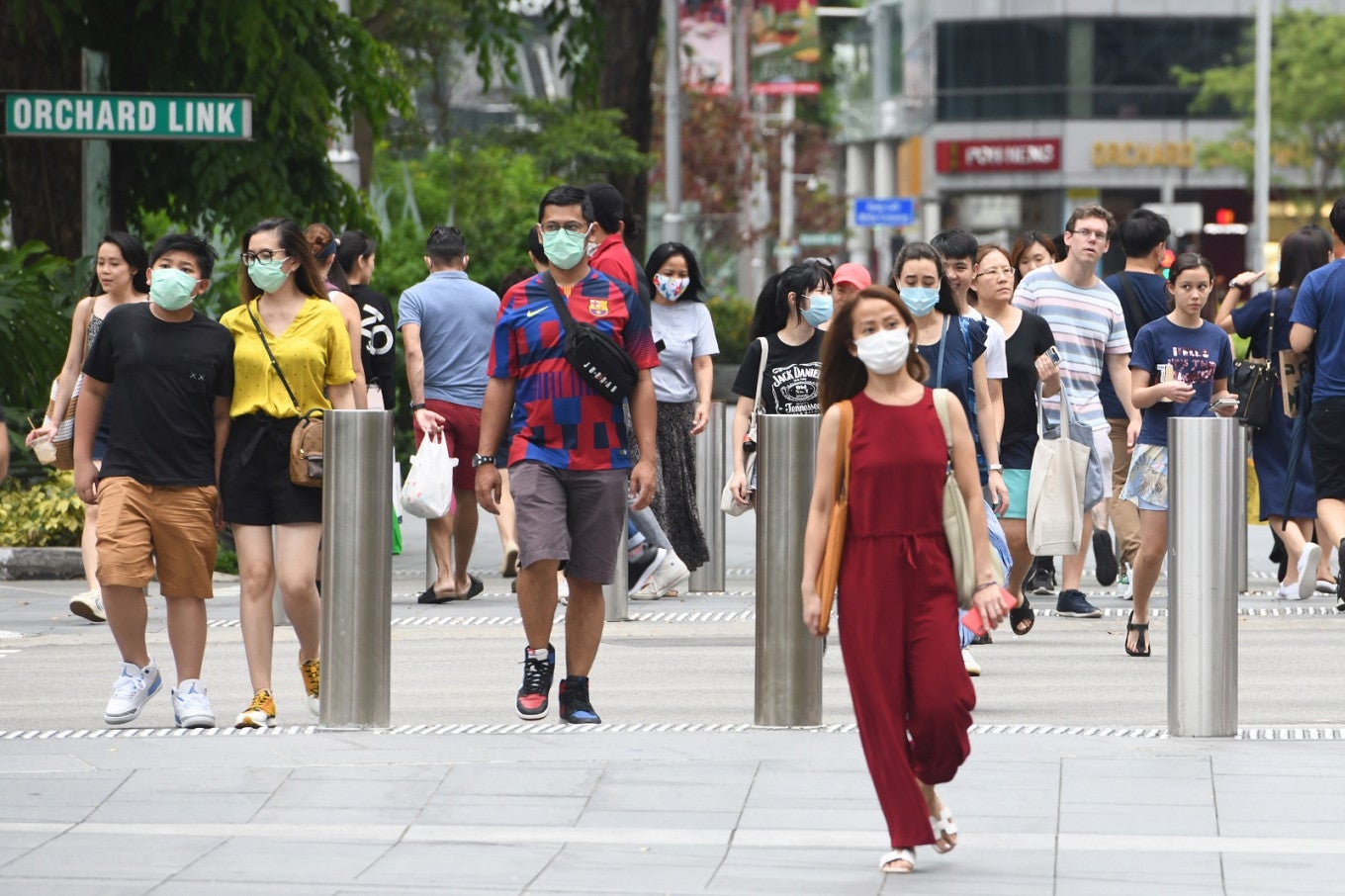 People wear facemasks to try to halt the spread of the COVID-19 coronavirus as they walk through a shopping district on Orchard Road in Singapore on April 5, 2020. AFP/Roslan Rahman via The Jakarta Post/Asia News Network

JAKARTA — Over the past week, Thailand, Vietnam and Malaysia started easing restrictions taken against the COVID -19 pandemic, and Singapore is poised to do so as well in the coming weeks. Such moves come as welcome relief for people and businesses and follow similar efforts in South Korea and Germany.

As a whole, Asean currently reports fewer confirmed cases than either Europe or the United States. The group has also proactively reached out to China, Japan and South Korea at its recent Special Asean Summit to increase regional cooperation. As some countries step forward, others in the region may wish to follow suit. But while efforts have been considerable, risks remain and indeed may be increasing. Easing up on the lockdowns will be a complex process. While many are keen to reopen, the more apt emotions are caution and even anxiety.

Surveying the region, restrictions may seem similar on the surface. Looking closer, however, there are significant differences in the timeliness and thoroughness of implementation.

Vietnam has been praised for setting a “gold standard”. The government implemented movement restrictions as early as February, while utilizing extensive contact tracing and community mobilization to arrest the spread of the virus. Vietnam has reported 271 cases and no deaths.

Thailand moved less decisively, considering that the Kingdom confirmed the world’s first nonChina case of COVID-19 on Jan. 13. Nationwide measures such as school closures only really took effect in March. While celebrations and travel were curbed during the famously rowdy Songkran water festival, many workers had already left the capital before curfew and business restrictions took effect.

There are parallels with Indonesia’s mudik exodus, when Indonesians typically return to their hometowns to celebrate the end of the Ramadan fast. While President Joko “Jokowi” Widodo had agreed to a nationwide ban, this was decided late and many left in the time before it was implemented.

In Malaysia too, many left for their hometowns before the Movement Control Order (MCO) was first implemented. But the government has since shown more precaution, based on advice from health experts. While easing the restrictions on their lockdown generally, bans will remain against people returning to their hometowns and hosting open houses for the Eid celebrations. Similarly, Malaysia initially allowed barbers and opticians to resume operations in mid-April but changed their policy after concerns were voiced.

When we consider these differences, superficial similarities in policy disguise a considerable diversity across Asean. This can result in different outcomes as lockdowns ease.

Countries are basing their decisions to reopen on falling growth rates in new cases, and rightly so. But it will be critical to keep monitoring and tracking COVID-19’s reproduction, or “R number”. Germany is taking this approach towards easing and, when their R number approached one, restrictions were tightened again.

But to monitor the R number, testing and tracing are needed. Only then can governments reliably monitor infection numbers as lockdowns ease. The reality is that few in Asean are testing sufficiently at present.

This is illustrated by the fact that Singapore is the Asean country with the highest number of cases. This result is counter-intuitive, given the country’s relatively small population, and is explained largely by increased efforts in testing.

Singapore’s per capita testing rate stands at 24,600 per million people, the highest in the region. In comparison, the ratio is 3,264 in Thailand and just 444 in Indonesia. By increasing testing in response to outbreaks in crowded foreign worker dormitories, Singapore’s reported cases rose sharply. While this creates a “negative” perception, testing remains one of the keys to a successful COVID-19 response.

Testing must however be allied to efforts to increase capacity in hospitals and community isolation facilities. Very few countries can build a new hospital in days, as China did. But Vietnam and Singapore, for example, both repurposed public buildings to isolate thousands of quarantined individuals or even COVID -19 patients who have few or light symptoms. As it prepares to ease restrictions, Singapore is aiming to double the number of bed spaces at these facilities to 20,000 by the end of June and is likely to ramp up tracing efforts.

There are expectations that governments will ease lockdown measures. Broad restrictions cannot continue indefinitely, given their considerable economic and social impacts. However, governments need to remain cautious. It will be critical not to see this as a time for celebration or relaxation.

More testing is needed to reduce uncertainties. This is especially for vulnerable communities that live in cramped conditions where maintaining social distancing and hygiene is challenging. This applies to the many millions of migrant workers across Asean, as well as those in the informal economy and low-wage jobs.

In tandem with increased testing, efforts to trace contacts must be more efficient and effective; perhaps using technology and mobile apps. This can help more governments assess their R number so they can adjust their measures in real time and based on data. At the same time, Asean countries need to ramp up their healthcare systems. Financing and building public hospitals are critical for the long term. More immediately, stopgap measures must be found to significantly increase facilities to isolate and treat those with lighter symptoms.

As these measures are put in place, and when local transmissions are contained and monitored, the reopening of border can be considered for the future. This can be among Asean neighbors as well as with other partner countries like South Korea, Australia and New Zealand, and discussion has begun on such possibilities.

Efforts to “flatten the curve” have shown some success in some Asean countries. But there are more curves and bumps on the road ahead. Keeping both hands on the wheel and a foot on the brakes will be essential.

Simon Tay is chairman of the Singapore Institute of International Affairs and associate professor of international law at the National University of Singapore. Kevin Chen is policy research analyst.