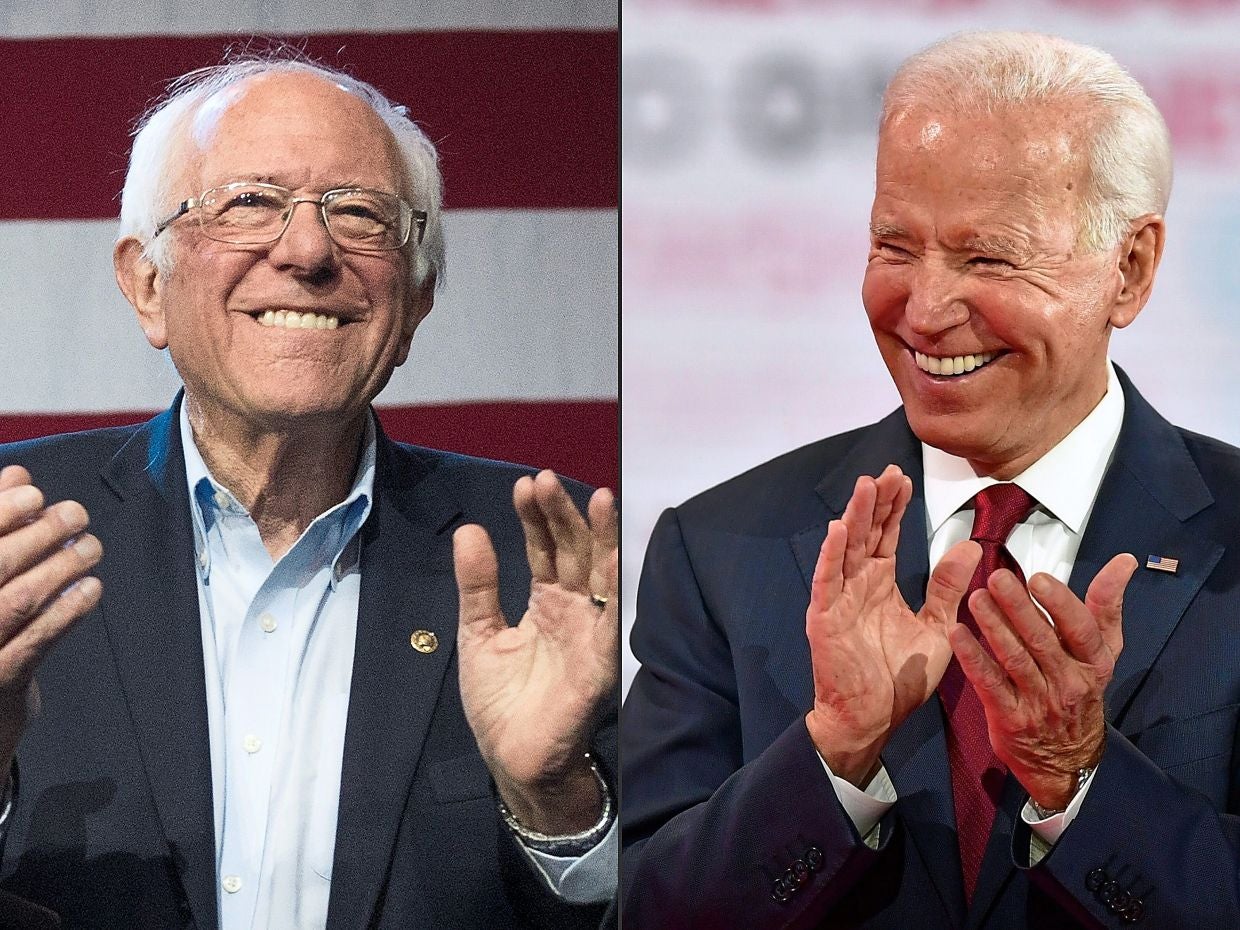 Simple choice: Sanders (left) said that his supporters can help get Biden elected into the White House or ‘choose to sit it out and allow the most dangerous president in modern American history to get reelected’. AP via The Star/Asia News Network

No stranger to Asia

As a young senator from Delaware – he served in that Chamber from 1973 until 2009 – he was a long-time member and, later, chairman of the Senate Foreign Relations Committee. One of his earliest trysts with Asia came in 1979, when he travelled to China and was among a bunch of people received by Deng Xiaoping.

Since then, his next high-intensity contacts with Asia took place during his eight years as vice-president to Barack Obama, whose administration crafted the “pivot” to Asia – subsequently rebranded as “rebalance”. This, he did even as, for most of Obama’s tenure, it was Hillary Clinton who was helming foreign policy as secretary of state.To Clinton’s credit, she was the first US Department of State head since Dean Rusk in the 1950s to pencil in an exclusive visit to South-east Asia. The first stirrings of the phrase “Indo-Pacific”, formalized during the Trump presidency, were actually voiced during the Obama years.

Biden himself travelled through Asia in late 2013, visiting Japan and South Korea – he carried a message from Japanese Prime Minister Shinzo Abe to then South Korean President Park Geun-hye – and to China. He was back again in the summer of 2014, this time to India and Singapore, before heading to Beijing.

A few months later, he remarked that he stopped in Singapore “to meet a guy named Lee Kuan Yew, who most foreign policy experts around the world say is the wisest man in the Orient”.

That complimentary reference was not a one-off moment. Ambassador-at-Large Chan Heng Chee, who served as Singapore’s envoy to Washington for many years, noted that whenever Lee travelled to Washington and stopped at the Senate, Biden invariably made it a point to drop by.

Still, a former senior staff member in the US Department of Defense is in little doubt that Biden’s priority in Asia would be its north-east nations. Additionally, this former official told me, many Asean countries, with their studied neutrality in the US-China strategic tussle, are at risk of becoming marginalized in their importance to Washington.

Since that 1979 visit to Beijing and handshake with Deng, Biden’s views on China seem to have evolved considerably, even though he appears to have bonded well with its current leader Xi Jinping over meetings when both were vice-presidents.

His attitude has changed as well. For years, he was enthusiastic about engaging China – just as a lot of other influential voices in Washington also were. Today, the sentiments on China have changed not just across all branches of the administration but across the political divide as well, and Biden is not unaffected by it.“Biden is a man who is keen to connect rather than being seen as ‘smart’, ” Ambassador Chan told me.

“He is not a man to always stay on script but he carries gravitas. You can expect him to be tough on issues like the South China Sea but also emphasize areas of collaboration, such as climate change.”

Unlike that of the instincts-led Trump, a Biden administration would probably rely greatly on institutional memory and experts. That could well see the return of old Asia hands such as Kurt Campbell, who has strong ties to Japan and South Korea.

And it could also coincide with a time when China-Taiwan ties are coming to a head. Biden was one of the 90 senators voting in favour of the Taiwan Relations Act, which commits the US to Taiwan’s security and the continuation of unofficial US-Taiwan ties.

His legislative record shows he has endorsed key weapons sales to Taiwan, which Beijing considers a breakaway territory to be returned to the fold, by force if necessary. In January, when Taiwan President Tsai Ing-wen was re-elected, Biden was the earliest of the Democratic presidential candidates to congratulate her.

What of the other regions of Asia, particularly South and West Asia?

New Delhi may well end up ruing the way it has gone out of its way in recent months to soft-soap Trump, including last month’s massive welcome rally at a cricket stadium in Indian Prime Minister Narendra Modi’s home state of Gujarat. Prior to that, Modi had invited Trump to share the stage at a massive “Howdy, Modi!” event in Texas organized by the American Indian community.

While being personally warm himself, Biden may chill to some of the policies the Modi government has effected, at least as a political necessity.As he builds national coalitions – thanks in part to the discreet support of his former boss Obama, the African American vote is swinging his way – his campaign indicates that he sees the 3.5 million-plus Americans who are Muslim as a pocket worth reaching out to.

In March, the Biden campaign, partly in response to pressure to remove the pro-Modi Amit Jani as a coordinator for Muslim outreach, reportedly hired Farooq Mitha, a former Clinton aide and member of Muslim political action committee Emgage, to engage with American Muslims.“Whether it is the matter of Xinjiang Uighurs or Kashmiri Muslims, you can expect human rights to return to the agenda if Biden made the presidency, ” says a seasoned Asian diplomat with long experience in handling the US account. “That could cause some tension with India. But the strategic ties that bind Washington and New Delhi are too advanced to be significantly impacted by a change in the presidency. The Pentagon runs the maritime and security policies towards Asia and will not allow the clock to be turned back.”

One significant change in tack could come in West Asia where Trump had shed any attempts at a balanced approach with his steadfast support for controversial figures such as Saudi Crown Prince Mohammed bin Salman and Israeli Premier Benjamin Netanyahu.

A Biden presidency could attempt to revive the breakthrough nuclear deal with Iran that was negotiated under the Obama presidency and nixed by Trump. Similarly, rather than a policy of playing favorites in the region, Biden’s approach is likely to be more strategic, some analysts believe.Among other things, this could mean a more even-handed approach to the Palestine question and push for a meaningful two-state solution, some experts believe.

The author, Ravi Velloor, is Associate Editor at The Straits Times.