Outbreak a crisis, not a blame game 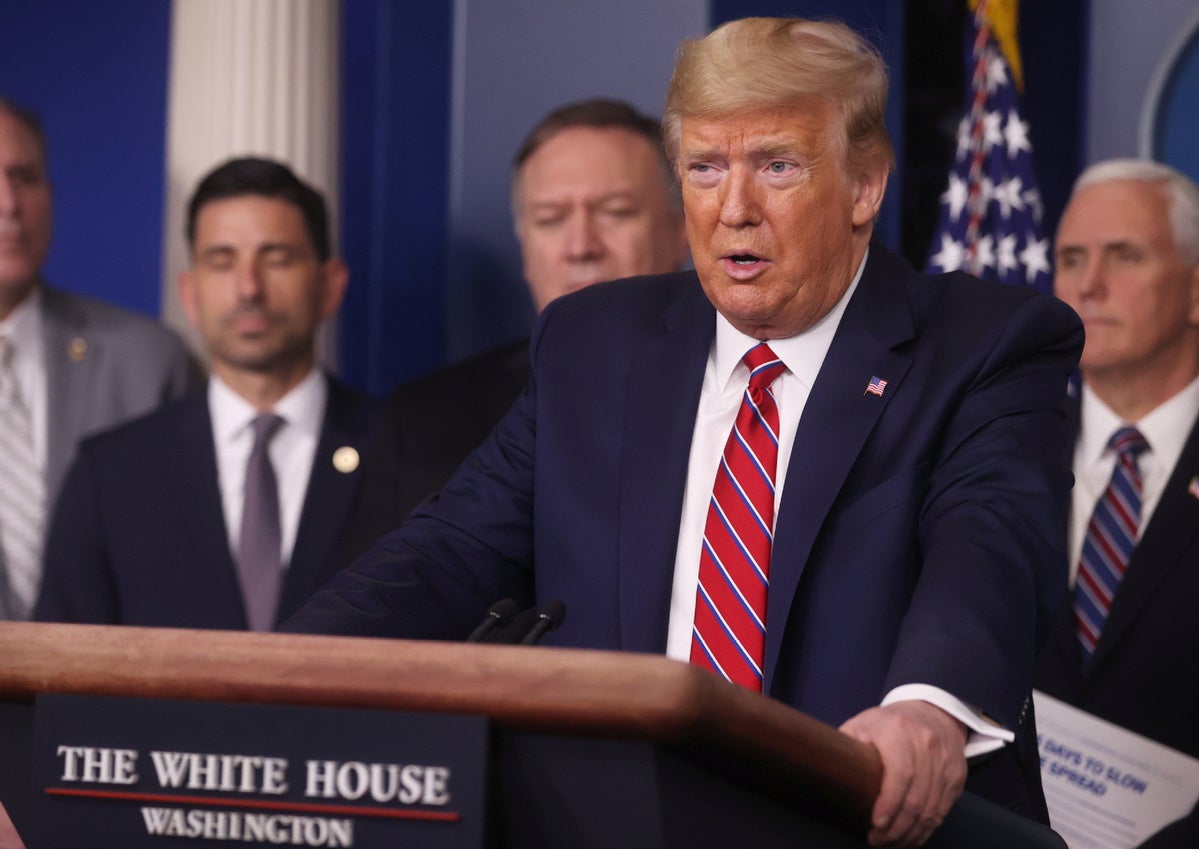 BEIJING — No doubt there is political motive behind US President Donald Trump labeling the novel coronavirus as the “Chinese virus”. Especially, since he insists on using it despite the advice of the World Health Organization not to do so. Eventually, he softened his tone on Monday under domestic pressure.

Misnaming things is not a minor act, especially when there is no agreement between what we want to name and the definition or identity determined by a word. The concern for consistency in language is essentially the source of thoughts both in the West and East. A discourse on the meaning of words and, consequently, about their non-correspondence with the concepts they denote was first put forward by Plato in his Cratylus, which reproduces a dialogue between Socrates and his disciples.

In The Analects of Confucius, the ancient Chinese philosopher refers to the subject when addressing zhen ming－it is the rectification of names when they are not wise or lack legitimacy. Perhaps, neither the US president nor his immediate advisers are aware of these cultural roots.

US officials ignore advice against use of racist term

There is a reason why US Secretary of State Mike Pompeo has on several occasions referred to the novel coronavirus as the “Wuhan virus” ignoring the advice of Beijing and global health officials to avoid using terms that could incite xenophobia.

Xenophobes are everywhere. This was confirmed when a Filipino girl riding a bus in Paris was blamed for the spread of the virus and attacked, and the harsh treatment of Chinese store owners in neighborhoods in Madrid and Buenos Aires. In mid-February, Judy Chu, a Democrat member of the House of Representative from California, stressed that the epidemic not be called the “Chinese coronavirus”. Health and Human Services Secretary Alex Azar agreed, but other officials in the Trump administration ignored it.

WHO avoids attributing virus to any ethnic group of place

The World Health Organization has been especially careful in naming the novel coronavirus. In the middle of February, when global collaboration with China to try and identify the origin and characteristics of the virus was at its height, the WHO and other international organizations called on experienced medical professionals to give a name to the disease that did not reflect on race or place.

COVID-19 may not be a very catchy name, but it has information about the year of the outbreak and the category of the pathogen.

No wonder the WHO disapproved the use of “Chinese virus” by Trump. Some other international organizations and several global leaders, too, criticized Trump for using the term, stressing that viruses have no borders, and “it is important to be careful with the language” and to not relate it “to a specific ethnic group or nationality”. For example, the H1N1 flu pandemic in 2009 originated in North America, but we don’t call it the “North American flu’, said Mike Ryan, WHO executive director for health emergencies.

So someone in the White House should spend some time to understand that changing names is a major offense in traditional Chinese culture. As Confucius says: “If names be not correct, language is not in accordance with the truth of things. If language be not in accordance with the truth of things, affairs cannot be carried on to success.” Ancient philosopher Xunzi has also said that in Confucian doctrine, it is essential to use the names properly “to be able to fight against chaos”.

The battle we are fighting calls for collaboration. This is the time to collect experiences and see how China and other Asian countries have fared in the fight against the epidemic. That medical aid is now moving from East to West proves they have fared better than others.

“No country can think that this will not happen to us; it is a fatal error. It can happen to any country”, WHO Director-General Tedros Adhanom Gebreyesus said recently. He also highlighted the experiences of China, the Republic of Korea and Singapore, which have managed to contain the increase in new cases. “That clearly demonstrates that by taking an aggressive stance for testing and tracking, combined with measures of social distance and community mobilization, infection can be prevented and lives saved.”

In all countries, especially now in Latin America and Africa, the word quarantine dominates political and social discussions. What political decisions to make? How to reduce people’s fears? How to ensure “social discipline” where each one takes care of himself and others? What new forms of integration and collaboration will the economic crisis that is expected to follow the pandemic require? As UN Secretary-General Antonio Guterres said: “This is a time for prudence, not panic. Science, not stigma. Facts not fear. Even though the situation has been classified as a pandemic, it is one that we can control… But that will require unprecedented personal, national and international action.”

However, some leaders think otherwise. Lagging in the fight against the virus, because of their lackadaisical approach, they are now taking advantage of their access to the media to use provocative terms for the novel coronavirus, in order to divert public attention from their failure to prevent the spread of the disease.

The author is director of the Center of Latin American Studies on China, Universidad Andrés Bello, Chile, and former Chilean ambassador to China. The views don’t necessarily represent those of China Daily and INQUIRER.net.