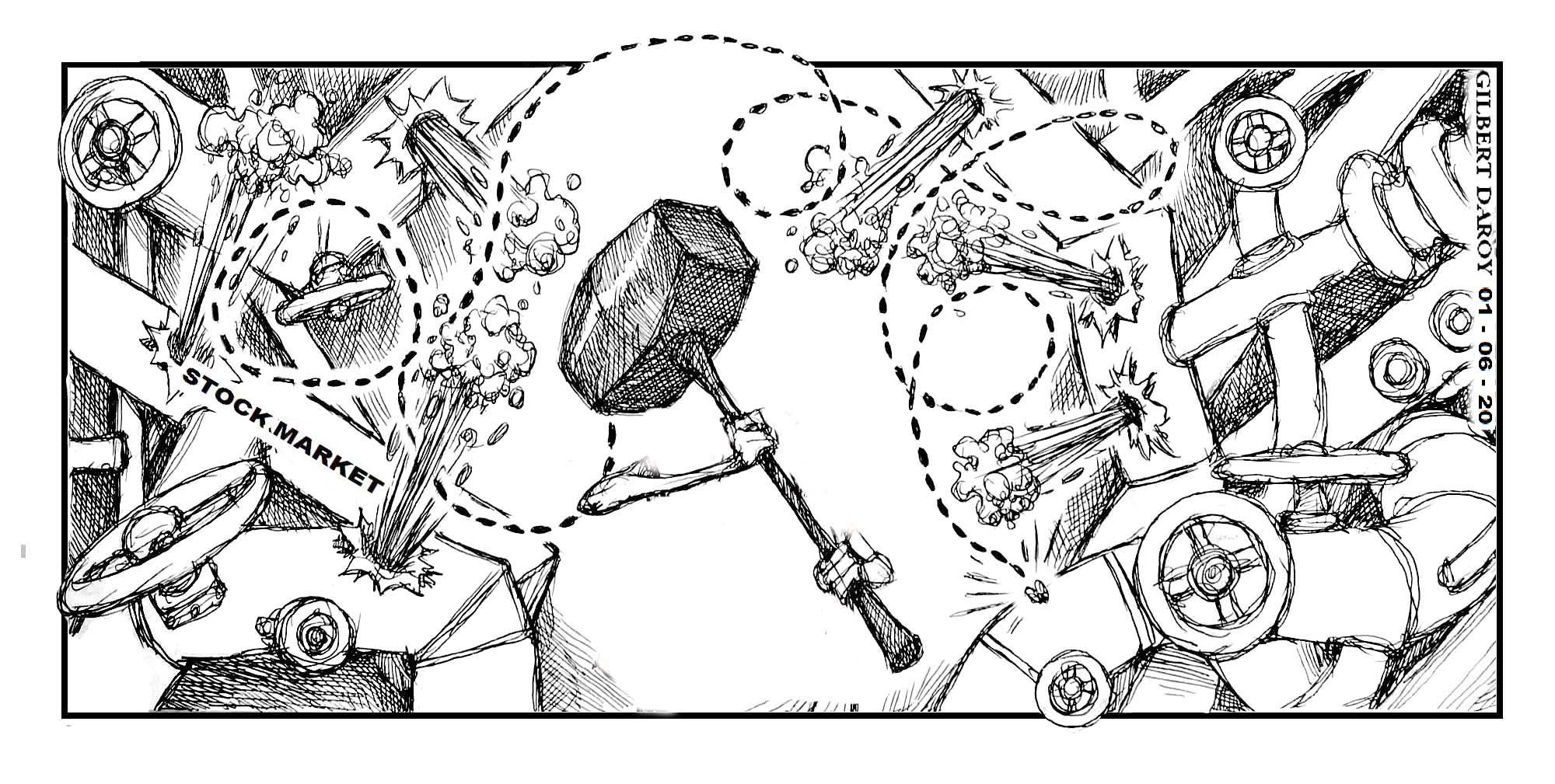 The local stock market — an important barometer of investor sentiment — had an inauspicious start this 2020 after President Duterte lashed out anew at big business, specifically the water concessionaires being targeted by the administration for alleged disadvantageous contracts with the government on Metro Manila’s water supply.

Publicly listed Manila Water was the most actively traded stock on the first trading day of the year last Thursday, tumbling 6.37 percent to close at P9.70 a share. This followed a threat from the President that he would charge top executives of Manila Water and unlisted Maynilad Water Services with the nonbailable offense of syndicated estafa.

The impact of the latest presidential threats was felt by listed companies that own stakes in or are related to the two water concessionaires, including Ayala Corp. and Metro Pacific Investments Corp. of businessman Manuel V. Pangilinan. As the main stock price index PSEi weakened that day, some P852 million in foreign funds fled the local bourse.

The effect of such statements on the stock market was most harsh in early December. An estimated P127 billion was wiped out in just eight trading days from the time the President first lashed out at the water concessionaires, over the twin decisions of an international arbitration court based in Singapore that required the Philippine government to pay close to P11 billion to Manila Water and Maynilad for unfulfilled obligations based on the contracts between the parties.

While Manila Water’s parent Ayala Corp. saw a modest share price decline of 7.5 percent, this translated to a market capitalization loss of P39.52 billion. Consunji family-led DMCI Holdings, another shareholder of Maynilad, suffered a 21-percent decline or P17.93 billion in value over the eight-day period.

When the President himself is castigating and threatening businesses, the consequences — mainly negative, and however unintended — will be felt by the whole economy. The drop in value of the shares of the listed companies, for instance, already diminished the value of the stockholdings of pension funds Social Security System and Government Service Insurance System, which rely partly on earnings from investments in the stock market to finance the benefits of their members.

This is no different from US President Donald Trump’s visibility in social media. Assessments by American financial institutions showed that the more Trump tweets about the US and global economies, the bigger the negative effect on Wall Street, causing stock prices to weaken.

The administration’s economic managers obviously need to exert more effort to make the President understand the implications of his utterances. This is no doubt difficult; many of his officials have pointed out that the President seldom listens to anyone once he has made up his mind on something.

What makes matters worse is that some of his underlings, eager to please their boss, trip all over themselves in an imprudent rush to support the President’s outbursts.

Take the case of the Metropolitan Waterworks and Sewerage System, which unilaterally canceled the extension of the government’s contract with Manila Water and Maynilad, without even a public hearing in Congress or elsewhere that would have allowed the public and other officials and experts to scrutinize, in a transparent, dispassionate manner, the terms of the deal that incurred the President’s ire.

How safe are the other contracts of private companies with this and future administrations? Foreign and local investors may end up thinking twice before putting their money in an environment governed by such precipitate, counterproductive actions.

The economy, and the welfare of Filipinos in general, would benefit if the President’s closest economic officials and advisers could muster the courage to talk some sense into their boss — to impress on him the need for sobriety, care, foresight, judiciousness in deciding matters of great import, especially ones the messy handling of which can result in economic instability.

To be clear, no one wants contracts disadvantageous to the people; but must the administration resort to the sledgehammer every time to make its point?