From SG to KL, with a stranger turned friend | Inquirer Opinion

From SG to KL, with a stranger turned friend 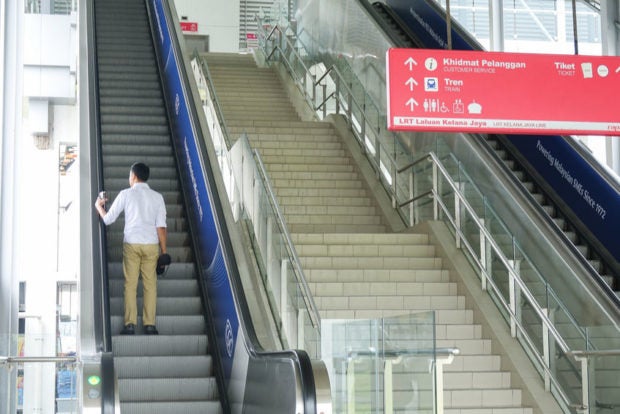 Here is a quite vivid memory: en route to Kuala Lumpur, I snuggled myself inside a Singapore-KL coach bus, and after confirming my assigned seat, I readied to take a good night’s sleep. It was the third day of my two-week backpacking trip and the last day of my Singapore excursion, based on my compressed itinerary that should take me to four countries, including Myanmar and Thailand.

It did not matter that I planned a short trip to one of the most thriving and expensive cities in the world. It was the way to go if I was to survive my meager budget, but with a comforting justification that I shall return soon anyway. The trip was primarily a little bit of everything but not too much of one thing.

The bus ticket promised a five-hour trip departing from Golden Miles Tower at 10:00 in the evening to Terminal Bersepadu Selatan in Kuala Lumpur. Sensing a delay of the trip, I scanned the bus and sighted some Middle Eastern or Indian passengers, and some who looked Chinese. I occasionally smiled or nodded whenever I met someone’s gaze but I did not reach out to start a conversation. I felt tired and sleepy.

We passed two immigration ports, the exit to Singapore and the entry to Malaysia. When a Malaysian officer perused my passport, he covertly looked me in the eye and exuberantly exclaimed “from Philippine!” I smiled and thought he must have encountered so many Filipinos, both tourists and workers, and that he only blurted it out to occasionally awaken himself on a graveyard shift. It went smoothly and I silently welcomed myself to a country popularly known as “Truly Asia.” 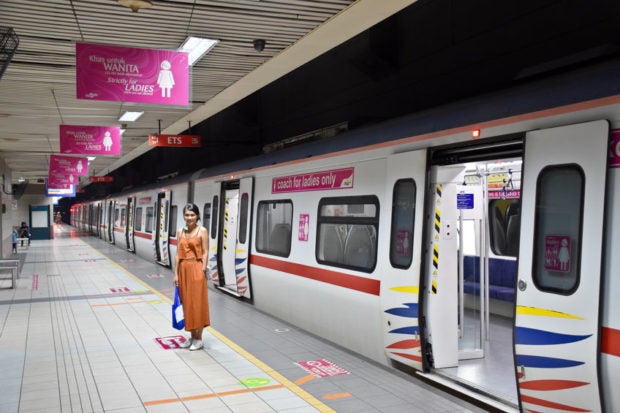 I must have been awakened by the sounds of murmurs and footsteps. I pulled myself together from a deep slumber and in my stupor finally recognized that some passengers just disembarked. I stood up and asked the lady sitting in the row next to me where were we and she replied in a friendly manner that the next and last stop should get us to the Selatan terminal where she was also heading.

We arrived at the terminal at about 3:00 in the morning the next day and I was surprised to see a huge building akin to a shopping mall. Stepping off the bus, I proceeded inside the state-of-the-art terminal. I caught up with the same lady and I decided to join her and be guided to KL Sentral where I would meet my Malaysian host.

We started chatting and I found out that her name was Katie. She was from the northern part of Malaysia, though I forget the name of the place. She appeared to me as Malaysian-Chinese with her round face and squinty eyes. She confided that she worked as a housemaid in Singapore and that on days off she visits her family, starting her trip on Friday night and then making her return on Sunday evening.

I thought she must be very lucky to have the luxury of visiting her family as often on weekends, unlike overseas Filipino workers who sacrifice going home frequently in order to save up and send hard-earned money to their families. But I also admired her tenacity to go back and forth, even if the entire travel time may have discouraged her to pursue her short visits. She was also making a sacrifice.

I introduced myself and told her about my itinerary, that I intended to stay in Malaysia for three more days before heading off to Myanmar. She apprised me that to get to KL Sentral, I needed to take the commuter train in the terminal that departs at five in the morning. I thanked her and I excused myself to go find a money charger to exchange my dollars to ringgit.

I did not see it coming that moneychangers in the terminal do not transact until six or seven in the morning. Sleepy and hungry, I went to the cafeteria to get some food; however, they did not accept Singaporean or U.S. dollars. I saw Katie seated in one of the tables eating her meal. I approached her and told her of my situation. She gave me some ringgit and directed me to go ahead and satisfy my stomach.

I insisted that she accept my remaining SG dollars but she waved them off. After devouring Malay food, we walked to the train station. I felt comfortable and at ease with her. Her demeanor was rather unassuming. She explained that life is hard as a domestic helper in Singapore but the pay is way better than in her country. I could not blame her, considering all the hardworking Filipinos abroad.

When the train started its first operation of the day, we were first on the ticket counter and it occurred to me that I had no ringgit to pay for my ticket but Katie already bought two. I thanked her and again insisted that I pay her back in Singaporean currency but she balked. She then told me that we board on the same train but I get off ahead of her as she will take on a quite long journey home. We exchanged phone numbers and at KL Sentral I waved her goodbye.

Just like that, I moved on with my journey and was taking my travel one step at a time, discovering new places, savoring newfound friends, appreciating the sameness and the differences. But I was convinced that the language and culture of kindness, sensitivity and hospitality remain to be universal.

Katie was there to remind me of the things I already knew. Her gestures may have been irrelevant to some, that it was the right thing to do, that it was just ordinary to help those in need. But Katie reminds me not of the merry things that a traveler may experience on the road. She reminds me that even as the worst might happen, no amount of bad things can topple our morale and faith in humanity. She reminds me that small benevolent acts can make a difference and while we often cannot pay back those who have helped us, we can always pay it forward.

Winston Pagador is a lawyer from General Santos City who enjoys traveling, reading and writing. “Writing is a kind of freedom, and I intend to write about my travels and travails, to capture the moment and to live in the moment,” he says.

Love on the line