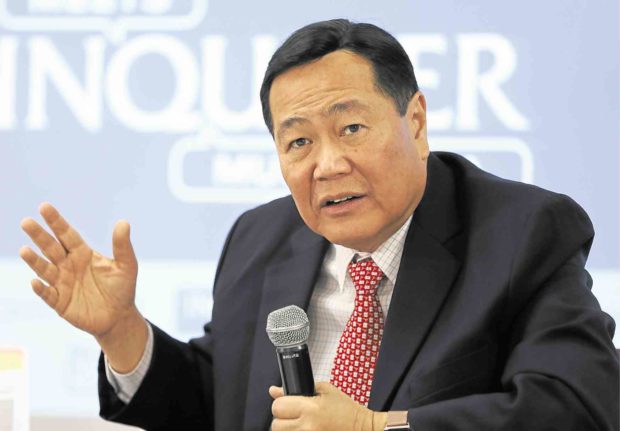 Of the hundreds of reactions I received regarding my Oct. 20 column, titled “Why Tony Carpio never became chief justice,” the most interesting is perhaps “What would have happened if he became chief?”

To recall, I wrote in that piece that he had five chances to be CJ. Nonetheless, though he was already the most senior justice at the time, someone else got the promotion. To recall also, in the over 110-year history of the Supreme Court till 2012, only the most senior or second most senior in terms of service to the Court was named chief (except during the Japanese occupation during World War II).

Even during his heyday, President Ferdinand Marcos carefully adhered to this tradition. True, he bypassed Claudio Teehankee, but he named the second most senior in keeping with the practice. (And unlike Carpio, Teehankee eventually became CJ).

Likewise, President Cory Aquino had to rearrange the appointment dates of the new justices during her revolutionary regime, and then followed the semblance of the tradition after the 1987 Constitution took effect.

In fact, this is not merely a ritual without reason. You see, the Court decides about 85 percent of its cases through its three Divisions composed of five members each, with the balance (and most controversial) resolved en banc by all the members.

The First Division is usually chaired by the chief, the Second Division by the most senior, and the Third Division by the second most senior. In this sense, the last two chairs are really regarded as “little chiefs,” who possess the gravitas to lead eventually as the “big chief.”

In all the five chances I mentioned, Carpio was already the most senior and therefore had the traditional right to be chosen chief. But of the five, he declined three nominations and accepted the other two. And of these two, the saddest was after Renato C. Corona was impeached and ousted as CJ on May 29, 2012. He was told by then President Benigno Aquino III that though he was the most qualified and the most senior, he could not choose him because some of his (P-Noy’s) Senate allies and three prominent business leaders opposed his elevation.

I have spoken with one of the senators and with two of the businessmen, and all denied having opposed him. But that’s another story worth a full column.

Had he been named CJ in 2012, what would have happened? Well, he would have served a term of over seven years until his retirement on Oct. 26, 2019. But there would have been no CJs Maria Lourdes P. A. Sereno, Teresita J. Leonardo-De Castro and Lucas P. Bersamin.

Also, Sereno could not have been ousted and would have been the most senior associate justice (AJ) now. And would have had the opportunity to serve the longest as an AJ — almost 20 years from Aug. 13, 2010 to July 2, 2030, besting Carpio’s 18 years. And who knows, she could still have been named CJ between now and 2030.

But that’s about personages. What would have happened in the Court given that, though they have only one vote, chief justices have moral ascendancy? This is why, both here and in the United States, courts are named after their chiefs, like the Teehankee Court or the Warren Court (in the United States). Their ascendancy and leadership as primus inter pares (first among equals) is reflected in the major decisions during their terms.

To find our answer, speculative as it may be, let us turn to the important decisions from mid-2012 to Oct. 26, 2019 from which he dissented, and which, as CJ, he could have won. For example:

On the decision upholding the constitutionality of martial law (ML) in Mindanao, he dissented, saying that ML was constitutional only in Marawi City, not outside of it; also from the decision affirming its extension for one year, Jan. 1 to Dec. 31, 2018; and, again from its further extension for one more year, Jan. 1 to Dec. 31, 2019.

I wonder how many of these dissents could have become the decisions with him as CJ.

Macalintal: NBI on ‘fishing expedition’ as no ‘genuine’ case vs Vico

Anne Curtis, Angel Locsin, and Gabbi Garcia: Celebrity tweets on the state of the nation

PACC to NBI: Probe Robredo for ‘competing with national govt’ in fight vs COVID-19

Death came before COVID-19 test results for man in Tacloban