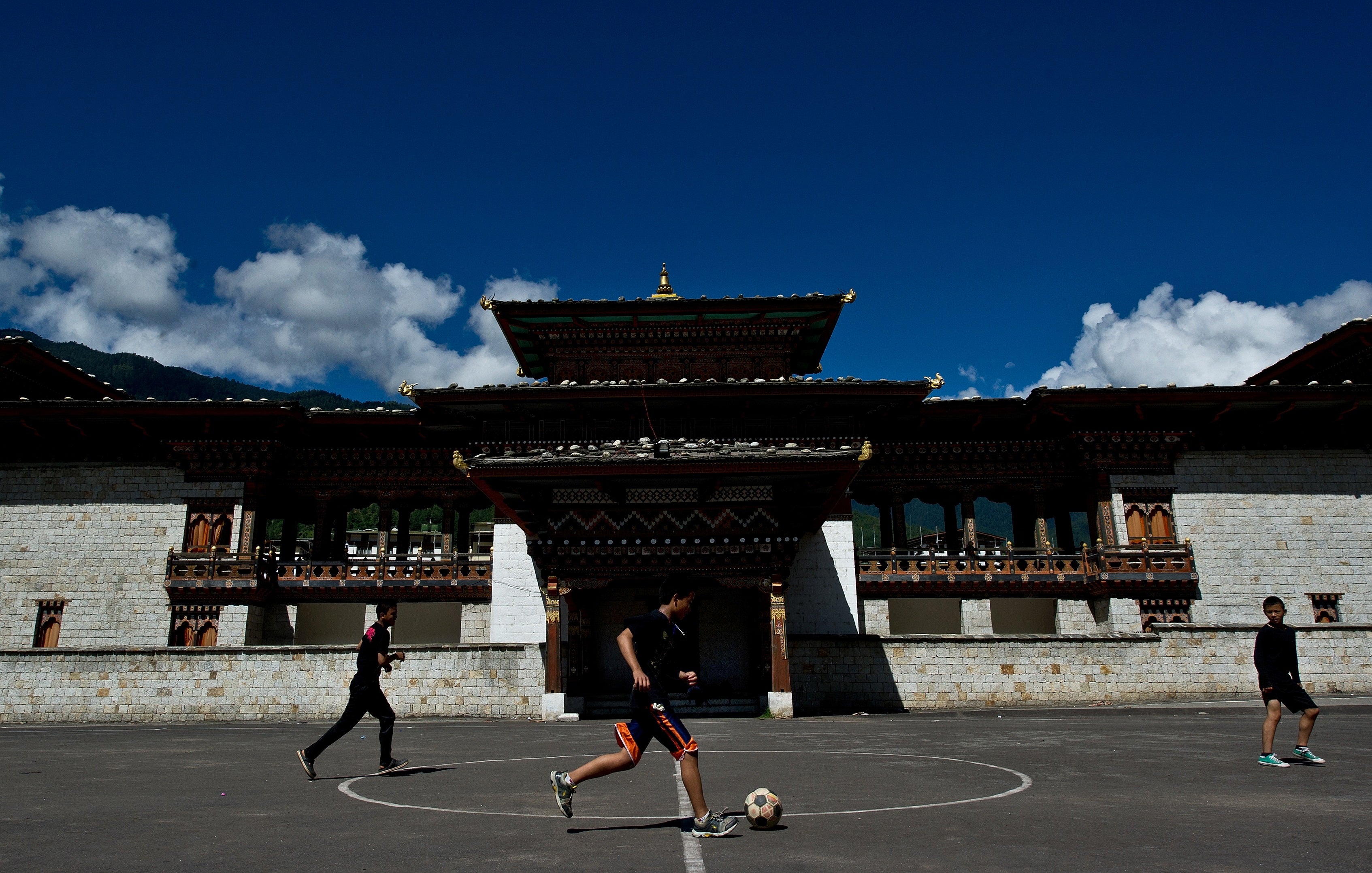 Bhutanese children play football outside a stadium in the capital city of Thimphu on August 20, 2011. AFP PHOTO

THIMPU — People and organization in many countries around the world claim to have adopted Bhutan’s human development vision of Gross National Happiness (GNH).

But what they actually portray is different people’s perceptions of GNH. Some are philosophical, some are well researched academic constructions, and some are spaced-out theories.

GNH is described as an esoteric philosophy, an inspiring concept, a development goal, a measure of development, a wake-up call, and so on.

It is also being criticized as a platform for ambitious politicians, a mere catchphrase, an empty promise, meaningless platitudes, a purely intellectual concept, an academic redundancy, and so on.

If confusion is truly the beginning of wisdom, all this is wonderful. I, too, would like to add to the confusion by sharing my understanding of GNH and attempting some responses and clarifications to ideas that are being exchanged.

To talk about GNH, I believe that we have to first define happiness.

I know that the world’s greatest minds have been trying to define happiness for centuries but I have my idea of a GNH perspective on happiness. The happiness in GNH is not fun, pleasure, thrill, excitement – or any other fleeting sense – it is the deeper and permanent sense of contentment that we consciously or, in our sub-conscience, seek.

Have we achieved GNH in Bhutan? No.

Has GNH had an impact on Bhutanese society? Yes.

Everyone who visits Bhutan senses a different atmosphere from the moment he or she arrives. I believe that this sense comes from the values that have been nurtured over the centuries.

Today, we are calling it GNH. I offer my understanding of GNH as it exists today. I see GNH in four forms – the intuitive, the intellectual, the responsibility, the emerging global.

First of all, I see intuitive GNH values in past generations of Bhutanese who had a strong mutual understanding and enjoyed an interdependent existence as members of small rural communities. The village astrologer, the lay monk, the lead singer, the carpenter, the arrow maker, the elders and the youth, all had their responsibilities.

The values, drawn from Buddhist teachings, from the experience and wisdom of our ancestors and from the very practical needs of a subsistence farming lifestyle, inculcated a reverence for an interdependent existence with all life forms, or all sentient beings.

Some examples of this are seen in the reluctance to hunt and fish (both of which are banned in the country), the sometimes frustrating tendency to be less “productive” to avoid hurting or upsetting someone, and putting up with the cacophony of an unruly stray dog population. People identified their own priorities in life.

In the 1980s, farmers of one village were taught, successfully, to do a double crop of paddy, meaning that they doubled their rice production that year. They refused to do it the following year because, as one farmer said, “We did not have time to play archery, to enjoy our festivals, to bask in the sun”.

Another perception level I see is the attempt to define, explain and measure GNH, along with the academic construction of the concept. As discussed earlier, the best accepted definition of happiness is the abiding sense of inter-relatedness with all life forms and of contentment that lies within the self.

This is related to the happiness that Buddhists seek from the practice of meditation.

In one understanding of GNH as a development vision, a representative of the UN Development Program (UNDP) described it as a much more advanced concept of the Human Development Index that the UNDP has been refining.

This takes me to the third perception level: GNH as a government responsibility.

As discussed, I think the definition of happiness as the abiding sense of contentment and GNH as a government responsibility make basic sense, although the translation of this into policy, legislation and prioritized activities is very much a work in progress.

In other words, we may agree on goals, values, and responsibilities, but differ sharply on the best strategies to achieve those goals. And yet, it is the recognition that GNH must be the basis of mainstream policy thinking that sets Bhutan apart from some countries that have expressed interest in GNH.

As we saw during the GNH conferences in Thailand, Brazil, and Canada, some people doing good work among their communities – NGOs and civil society organisations – think they have found an identity in GNH.

In Bhutan, however, the four pillars and nine domains have given politicians and bureaucrats some idea of national priorities. This is useful because public servants do not intellectualise policy but make decisions that have an impact on all citizens.

The fourth perception level is the “internationalization” of the GNH discussion.

Bhutan has certainly not worked out the solutions to the world’s problems, but I think we have opened up an amazing conversation and we need to give this conversation coherence and direction.

The concept of GNH, even partially understood, excites and inspires people. After five international conferences on GNH and the April 2 meeting in New York, one criticism at home has been, “stop preaching GNH overseas and make it work in Bhutan”.

This is a resounding example of the need for clarity in GNH thinking and understanding.

Here, I emphasise the point that we are not preaching to anyone, rather, we ourselves are learning out there.

There is a vast amount of research and analysis and experimentation done on GNH-related issues – sustainability, well-being, climate change and much more – by intellectuals including Nobel laureates, by universities and institutions, by civil society.

Bhutan must learn from them to deepen its own understanding of GNH.

International discourse can only benefit Bhutan because we ourselves do not have the capacity to undertake the necessary research and analysis required to implement GNH fully at home.

In conclusion, there is a growing understanding – even fear – that the human population, driven by the values of GDP, is literally consuming the earth.

That is why GNH is a pun on GDP which used to be known as Gross National Product. The loud message is that human development needs a higher goal – beyond GDP.

•The writer, Dasho Kinely Dorji, is the former editor-in-chief/managing director of the paper. He is the author of the book titled Within The Realm Of Happiness.

This article is part of the latest series of the Asian Editors Circle, a weekly commentary by Asia News Network editors, published by members of the regional media group. The ANN is an alliance of 24 news media titles across the region.

Duterte bars Cabinet members from traveling to US

Metro Manila traffic is 2nd worst in the world—report

Philippine Navy to decommission 22 vessels in 2020