The foreigner who stoked political chaos in Malaysia 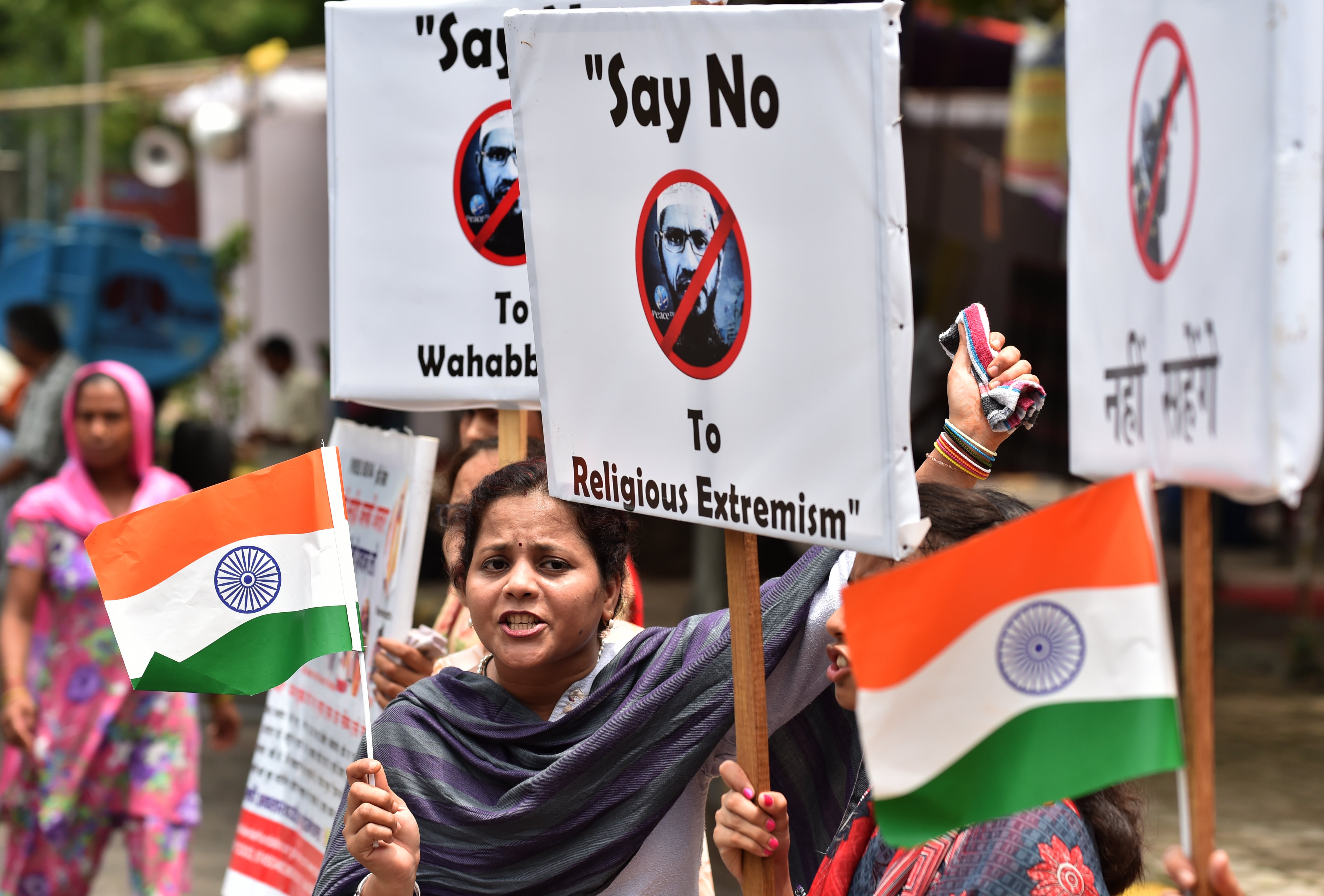 KUALA LUMPUR — Controversial Indian Muslim preacher Zakir Naik is on the wanted list in India due to his extreme religious remarks and allegedinvolvement in money laundering.

Many Muslim countries have denied him entry.

But in Malaysia, he is well received by the Pakatan Harapan (PH) government.

Within the coalition, however, there is a split because of him.

The ground sentiment is also divided into two, on  racial and religious lines. One side has defended him while the other side asked for his repatriation.

As a Muslim preacher, Zakir Naik is popular in the Muslim community.

He has his charm. While promoting Islam, he would  downgrade other religions, especially the Hindus and Christians.

But, as a guest in Malaysia, he has crossed the red line. If he is merely promoting Islam, no one is against him. But he insults other religions in his speeches and utters racist remarks, questioning the loyalty of Malaysian Indians.

He has also described Malaysian Chinese as guests too.

This obviously runs against the Constitution that calls on people of all races and ethnic groups to live in harmony, under the same roof.

Political leaders such as the Prime Minister Dr Mahathir Mohamad and Youth and Sports Minister Syed Saddiq Syed Abdul Rahman have condemned him for his improper remarks.

But he claimed that the content of his speech has been distorted and even issued legal notice to politicians such as Human Resources Minister M. Kulasegaran and Penang Deputy Chief Minister II Dr P. Ramasamy who slammed his remarks.

Police have since stepped-in to investigate. Zakir  was banned from making public speeches. Many states have also banned him from speaking.

Sensing the turn of events, Zakir apologised for his racial remarks.

He was called up by the police for interrogation, but no legal action has since been taken against him and he is still free to move around in Malaysia.

The latest development is that he has been invited to attend an event in Malacca.

Zakir is still well-received among Muslim leaders and Muslim community.

In fact, even though Dr Mahathir has criticized his racist remarks, this does not mean that he has changed his attitude towards Zakir.

Dr Mahathir still insists on not repatriating Zakir on the ground that no country would take him. He even stressed that if Zakir is extradited, he risks being killed.

Zakir is allowed to remain in Malaysia as he has political value.

His rival Umno collaborates with the Pan-Malaysian Islamic Party, Parti Islam SeMalaysia (PAS) and this has put pressure on the ruling PH.

Dr Mahathir’s aim is to unite the Malays.

Hence, he would not risk revoking Zakir’s permanent residency in Malaysia or repatriate him to India.

Under international extradition rules, Malaysia should handover Zakir to India for the latter to prove his innocence in local court.

Under political need, Pribumi has followed Dr Mahathir on this matter.

Syed Saddiq, who has condemned Zakir earlier, made a 180 degree turn in his attitude towards Zakir.

He invited Zakir to dinner, urged all Malaysians to move forward by letting go and not to be trapped by Zakir’s acts and remarks.

Those open-minded Malays are stunned by Syed Saddiq’s remarks too.

Malacca state Executive Councillor Mohd Rafiq Naizamohideen is another Pribumi leader who defended Zakir and clashed with his counterpart in PH.

The stand of Malay leaders in other parties under PH is also ambiguous.

But he also said Zakir should be grateful to the government for allowing him to remain in Malaysia.

Anwar supported Dr Mahathir’s move of not extraditing Zakir and said he hoped that local organisations should stop holding rallies over the matter which will cause more tensions in racial ties.

Parti Amanah Negara secretary-general Mohd Anuar Mohd Tahr in a statement, claimed that Zakir has been used by someone as propaganda in order to incite hatred among ethnic groups and religions.

On the opposition side, former Prime Minister Najib Tun Razak, who granted Zakir permanent residency, has been extremely low profile on this matter.

Najib has assumed Zakir is someone convenient for him to garner Malays’ support as well.

PAS president Hadi Awang shares the same stand with Dr Mahathir on the latter’s refusal to repatriate Zakir and claims the move is in line with Geneva Convention.

Hadi also accused the Democratic Action Party, one of the coalition members of Pakatan Rakyat, for playing up the issue.

Nik Abduh, vice president of PAS said those Muslims who want to expel Zakir are hypocrites while those non-Muslims are traitors and enemy of Islam.

All these clearly show that Zakir commands value in the politics of Malaysia.

Even if Indian Prime Minister Narendra Modi has made a request for Zakir to be extradited during his talk with Dr Mahathir in Russia recently, Dr Mahathir remains unmoved.

Racial ties among ethnic groups in Malaysia are deteriorating.

Even if political power has changed hands, the situation remains the same and is even more challenging now.

It is time for PH to look after the interests of Malaysians and not to comply with extremism.

People who incite hatred ought to be stopped.

PH should revoke Zakir’s permanent residency and expel him to prevent racial and religious harmony from being damaged.

The author, Chong Lip Teck, is a leader writer with Sin Chew Daily.

ABS-CBN defenders grapple with loss: ‘Why only 11?’