Building an inclusive digital Asean by 2040 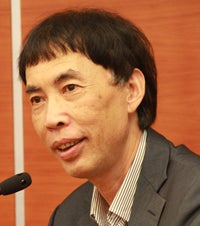 HANOI — Digital for development is more critical than digital development. It is high time Asean countries cooperate to address the digital gap within a country and between countries, to ensure an inclusive Digital Asean by 2040.

A few days ago, ride-hailing firm Grab unveiled an ambitious plan to invest US$500 million in Vietnam over the next five years, just a month after it announced an investment of US$2 billion into Indonesia.

Grab’s investment decisions are manifestations of the potential development of the digital economies of the two Asean countries which have “similar characteristics” as stated by Grab’s president.

These two nations are seen as holding the most promise due to their youthful, internet-savvy population and emerging middle-class.Indonesia is set to become Southeast Asia’s largest digital economy over the next few years while Vietnam is also working on a project of national digital transformation which will position the country as a leading digital economy of Asean by 2030.

The project is scheduled to be submitted to the Government for approval in November this year. The signs of digital transformation are not only evident in Indonesia and Vietnam. Other countries in the Asean region have already embraced this digital revolution.

On a national scale, Malaysia established the world’s first Digital Free Trade Zone in 2017; Singapore has implemented its own Smart City initiative; while Thailand also has plans to develop digital capacities in all economic sectors.

On a regional scale, all member countries signed several agreements to drive Asean toward the Fourth Industrial Revolution (Industry 4.0). Notably, the first e-commerce agreement, reached in 2018, is expected to realise the region’s potential growth of digital economy.

The region’s digital economy is projected to hit US$200 billion by 2025, while the e-commerce sector alone is forecast to reach US$88 billion. According to research published in 2018 by Bain & Company, the proportion of the digital economy in Asean’s GDP is 7 percent, compared to 16 percent of the GDP in China, 35 percent of GDP in the United States and 27 percent in the EU-5 (France, Germany, Italy, Spain and United Kingdom).

A report by AT Kearney company also shows that despite lagging behind in the digital economy, Asean has the potential to enter the top five digital economies in the world by 2025. And implementation of a radical digital agenda could add US$one trillion to the region’s GDP over the next 10 years.

The digitisation and digital transformation is an obvious path for Asean countries to catch up in Industry 4.0 and leapfrog their economic growth, as no single country can count on the advantages of natural resources or cheap labour. To move up the ladder of development, they have to pursue a knowledge, technology and data-driven growth model.

However, it does not make sense to reach a faster growth rate but create more inequality.

The application of digital technology must be for inclusive development, which is embedded with ‘the leave no one behind’ principle. On one hand, digital technology creates new ways for people within one country and people within Asean to connect with each other, to do business, to trade and to access services more easily. And shorten physical distance thanks to high-speed broadband and 5G technology.

People living in remote areas can access new sources of information and new opportunities such as tele-medicine and online education. This could result in more inclusive forms of growth, given the high cost of moving goods and services around disadvantages and isolated communities.

On the other hand, the target of leaving no one behind is challenged by technology. While the fear of widespread job losses may be exaggerated, the future economy will inevitably require greater human capital. Demand for skilled workers will increase their wages, encouraging skill acquisition.

But the region needs concrete steps to increase access to skills training for everyone within Asean by developing modern educational and training infrastructure. Some low-skilled workers may be unable to survive slower growth in low-skilled jobs, which will require social protection policies. Investing in education and upskilling or retraining is one of the indispensable ways to ensure the impact of new technologies will not lead to greater inequality.

Other means to engender inclusive growth are building infrastructure for digital connectivity, promoting the gig economy and supporting dynamic micro, small and medium-sized enterprises (MSMEs). Still, there are concerns over the digital gap between urban and rural areas in a country as well as between the more developed and the less developed Asean countries.

The digital divide is prevailing not only in terms of online infrastructure but also in the adoption of digital technology in public and private sectors.

According to World Bank’s latest report ‘The Digital Economy in Southeast Asia: Strengthening the Foundations for Future Growth’, the number of internet users in Asean countries tripled, from 127 million in 2011 to 390 million in 2017, but 90 per cent of Asean’s internet users are from five countries including Indonesia, Malaysia, the Philippines, Thailand and Vietnam.

The region is also experiencing a significant broadband divide. The 4G mobile broadband penetration is highest in Singapore and Malaysia, but lowest in Laos, Myanmar and the Philippines.

On the adoption of digital technology, there is also a difference. For example, not all 10 Asean member countries are applying the National Single Window (NSW) – an e-customs mechanism that helps shorten customs clearance time and reduce costs of shipment.

Therefore, so far eight of ten Asean member countries have officially connected to the Asean Single Window – a regional initiative that connects and integrates the NSW of all Asean members. In the financial sector, according to data from Tracxn – a research company that operates an analytics platform to track start-up data, Singapore holds the biggest share of fintech firms in Asean (at 39 per cent), followed by Indonesia (20 per cent) and Malaysia (15 per cent). The number of fintech firms in Vietnam accounts for just 6 per cent of the sector.

Promoting the gig economy means creating more jobs which are mostly task-based and seasonal. The workers are usually freelancers who are not bound by labor laws such as drivers working for ride-hailing services like Grab or food delivery app Now.

Despite enjoying flexibility, employees in the informal sector are more vulnerable than those in formal, traditional employment as they are not covered by social protection and welfare policies. Thus, governments must ensure that vulnerable employees are protected, without stifling innovation. Appropriate policies and structural reforms are needed to reduce social inequality.

The growth of MSMEs is also a major channel for inclusiveness and robust growth, as MSMEs account for more than 90 per cent of all firms and more than half of total employment in most member economies. The digital revolution helps MSMEs address two key obstacles, namely, access to market and access to finance.

More incentives and robust policy environments are needed to facilitate the development of e-commerce (to enlarge businesses’ customer base) and fintech (to help MSMEs seek more financial sources) sectors.

In conclusion, digital for development is more critical than digital development. It is high time for Asean countries to cooperate to address the digital gap within a country and between countries to ensure an inclusive Digital Asean by 2040.