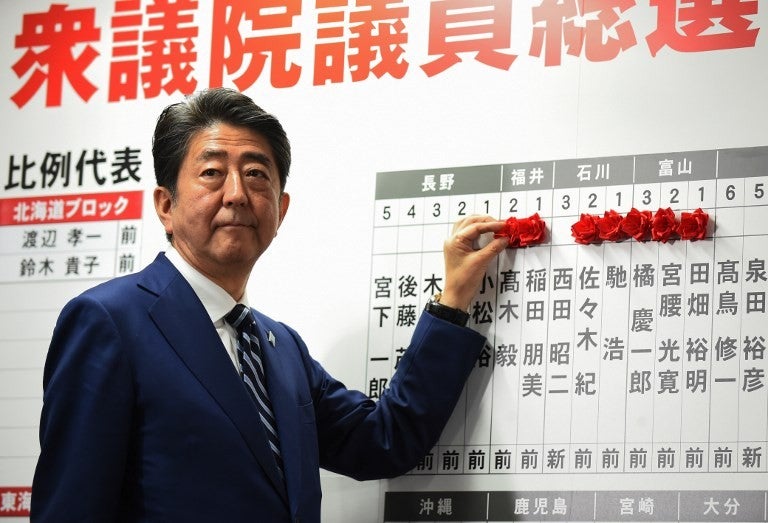 JAKARTA — Urusai (noisy)! I remembered the Japanese word often uttered by my mother when CNN reported that Japanese Prime Minister Shinzo Abe had punished South Korean President Moon Jae-in by suddently restricting Japan’s pivotal exports to its neighbor. Japan occupied Korea for 35 years until 1945. Abe was apparently outraged with Moon’s repeated demands that Japan should pay more compensation for victims of forced labor and sex slavery. Japan insisted that it had paid all war obligations.

Japan totally differed from Germany, which had officially and wholeheartedly apologized to all victims of Hitler’s crimes and paid all its obligations, including compensation for victims. Japan chose its own way to prove its remorse, but it was unacceptable for most of its former colonies. But no matter how firmly its former colonies demand fair settlement of the war impacts, Japan will stay stubborn. A compromise is also unlikely.

Both PM Abe and President Moon, however, should remember that their prolonged conflicts and quarrels will make them both losers. Amid a worsening trade war between the United States and China, the unpredictibility of US President Donald Trump and the possible “alliance” between Trump and North Korean leader Kim Jong-un, the two nations have spent so much energy on an endless dispute over history. The two countries also have their separate problems with neighbor China, and even with Russia.

If my mother were still alive, I am pretty sure she would be on Moon’s side. My late mother often cited her bitter experience with Japanese soldiers during the occupation of Indonesia for three years and six months until 1945. She said the Dutch colonial power occupied Indonesia for over three centuries, but Japan left a much more painful impact on the people. She was a teenager when the Japanese military invaded Indonesia, living in a small town in North Sumatra.

“My parents had to shave all my hair and told me to behave like a crazy girl. Japanese soldiers very often grabbed young women whom they found on the street or when they raided our village, and took them to their trucks. Most never returned,” she often said. She was unhappy when she knew I worked for a Japanese newspaper in Jakarta. When she personally met my boss, she asked, “Has Japan changed?” when I told her that I was well paid and treated excellently.

Ironically, Abe announced his punitive action just after boasting during last month’s Group of 20 Summit that Japan would always champion a “free and open economy”. His decision seemed well planned because he refused to meet Moon bilaterally during the Osaka summit.

Japan insists that all war-related compensation had been settled between the two countries in 1965. Abe was angry when Moon dropped the “comfort women” agreement that he signed with then-South Korean president Park Geun-hye in 2015. The Supreme Court of South Korea also recently obliged payment of more compensation to forced laborers who worked for the Japanese military during the occupation.

Upset that Japan had mixed politics and economics, Moon also warned that Japan would lose more than his country. “Japan’s export restrictions have broken the framework of economic cooperation between South Korea and Japan that had continued for over half a century based on mutual dependence,” President Moon reacted last week. According to the former human rights lawyer, “eventually, it will be the Japanese economy that will be damaged more.”

South Korea took the case to the World Trade Organization, demanding that Japan scrap its unilateral acts. The case was deliberated on Tuesday and Wednesday. Reports said Tokyo maintained it had imposed the sanction because of “inadequate management” of its exports by Seoul.

“We have a problem of history with Japan. It has nothing to do with our economic cooperation,” a South Korean official told the Post.

Koreans both in the North and South had to endure unimaginable suffering from the brutality of Japanese soldiers during the occupation. Chinese people were also forced to experience the same horrors from Japanese occupation forces for 14 years until 1945. Other Asian countries including Indonesia were also occupied by Japan, which claimed to have saved Asians from western colonialization.

Yet for Indonesia and the nine other member states of ASEAN, Japan and South Korea are strategic economic and trading partners. Their investment is one of the key factors for this region’s economic growth. It will not just be disturbing, but even annoying if Japan and South Korea cannot control their temper and continue to attack each other.