Is Filipino for stupid people? (2)

(Editor’s Note:  The article of James Soriano, an Ateneo senior, and the piece of Benjamin Pimentel, a Filipino-American journalist, that this section featured last week elicited lots of reactions from readers. Soriano wrote that Filipino was the language of the street and that English was the language of learning and privilege. In response, Pimentel related how his sons lost their Tagalog [Filipino] in the United States, although they can understand it, and how young Fil-Ams, who were not taught Tagalog by their parents, were searching for ways to embrace the language. We are printing two reactions sent to Talk of the Town and four comments posted on INQUIRER.net as part of the continuing debate on how the use of Filipino, English or another language affects us as individuals and as a nation.)

‘People enjoyed Mass when I said it in Filipino’ 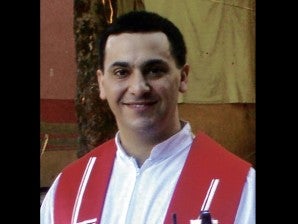 First of all, I confess that I feel a little ashamed to talk about Tagalog (Filipino) because I am a foreigner. But after studying some Filipino and living three years in Payatas, Quezon City, where people prefer Filipino than English, I think I can share something about my experience.

As a foreigner, there are many things in Philippine culture that I do not know or cannot understand. However, being a foreigner and having been to other countries (not only Argentina, my motherland), I can share something of what I saw, learned and experienced.

On whether or not Filipino can be a language for studies, I believe that it can be a language to study any subject or career. It is necessary to make a decision in different levels and areas because it must be a political, social and academic choice.

To transform Filipino into a study language means having people who would willingly translate, write and publish in Filipino.

The political and legal decision to make Filipino the language for schools in the Philippines, the provision of a budget to run this great project and other factors must be put in place.

The best example of this is modern Hebrew in Israel, which is the official language in government, business, school, universities, etc.

But all these things are not enough. There is something that must be overcome; a great prejudice against Filipino. I am sorry to say this, but there are many Filipinos who think that Filipino is for the poor and that it is a poor language, too.

Once a missionary told me: “When I got to the Philippines, there was no children catechism in [Filipino]. Do you know the reason that some Catholic editorials gave: ‘Poor people do not buy books.’”  Then he added: “They were concerned about business and not about evangelization.”

“Salamat sa Diyos,” this has changed and we found Filipino catechism for children.

It is a choice in which the pros and cons must be considered very carefully. “Tingnan natin.”

Advantages: If Filipino is the study language, people will better and deeply express, and understand any idea, subject or concept because they will use their own language.

My first Masses in the Philippines were in English. I remember that very few people understood and replied. It was almost like celebrating the Mass alone. But when I began to celebrate and preach in Filipino, I realized the big difference. People understood, replied, smiled and enjoyed the Mass.

There is nothing like speaking in someone’s mother tongue. The choice of Filipino will also enrich the language because of the creation of new words, expressions, idioms and concepts which will better express the Filipino people’s mentality. A language is more than words and grammar; it is the expression of a culture, way of thinking, feeling and living.

Disadvantages: the risk of being disconnected from the world because English is today’s lingua franca.

Filipinos’ English proficiency allows them to work abroad, access international studies and talk to the world. If Filipino were the Philippines’ only language, the future generations would have little knowledge of English and their possibilities of international inclusion would be reduced. It is very interesting for me because many Filipinos regret (using) English, but they want their children to perfectly speak it to get good opportunities.

In addition, we have to think about those people in the Philippines whose mother tongue is not Filipino. Will they accept it as the official language? What will be the necessary changes in education among non-Filipino speaking areas?

It is the Filipinos’ decision either to keep the current bilingual system (even trilingual in some areas) or to go for a monolingual one. But any decision made should be evaluated carefully and accompanied by concrete activities and policies.

(Mela, an Argentine priest, is a member of the Sons of Divine Providence. He has been living for more than three years in Payatas, Quezon City, where he is in charge of different social programs. He can be reached at [email protected])

Elite language and language of all

At first, I neither agreed nor disagreed with him. That is his subjective reality. Who am I to argue with that? Unfortunately, a lot of Filipinos share his world!

When my best friend confided in me that he had an issue with a Filipino-speaking girlfriend, I wanted to punch him in the face – you elitist bastard! I even took my Physics and Statistics in Filipino! However, there is a layer underneath his situation that I can empathize with.

I am a Filipino but the language is not my native tongue. So I am not alien to this language issue. I had to learn Filipino with extra effort (loads of it). My first language is Ilonggo. Early in school, I too learned reading, writing and arithmetic in the English language.  Hence, eventually it made me speak English fluently and also process my thoughts (especially academic matters) in the foreign language.

I continue to speak my native tongue no different from a Tagalog – to the tindera, katulong and driver. However, I speak Ilonggo also to my parents, friends and colleagues! I talk to my lawyer in Ilonggo, but I sign the papers in English. 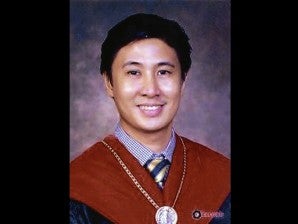 I discuss with a fellow physician in Ilonggo and write on the chart in English. We speak Ilonggo with so much pride and a deep sense of belonging, not in the same color that Tagalogs might treat their native tongue. I mean, an article like Soriano’s concerning Ilonggo is unthinkable!

As a freshman at the University of the Philippines I can still vividly recall the grim faces of my new classmates when I asked them  about our next silid aralan or about the pisara! It’s classroom and blackboard for them, the locals! I thought one could speak Filipino like we speak Ilonggo.

It wasn’t long before I realized that Filipino had a less appealing tone. Ilonggos find it insulting to speak to each other in English or Filipino when they can understand Ilonggo anyway! It is a social etiquette to speak Ilonggo to a fellow Ilonggo.

So what happened to Filipino? Why the great divide? The man in Makati speaks English rather than Filipino. In contrast, a true hacendero speaks crisp Ilonggo. Is Filipino the language of the poor and the stupid? It is discomforting to says that Filipino is the language for the tindera and that the privileged and educated don’t speak it! Obviously this is not entirely true.

Some of the most elegant classes I attended in UP were in Filipino.

Going back to James and my friend, should we advise them to avoid the streets at “baka mabugbug sila ng taong bayan?”  I believe they are victims of a culture that reflects the many ills of our society – social injustice and favoritism for the privileged few (with a culture of graft and corruption).

(Estoya, a plastic and reconstructive surgeon, has a private practice in Bacolod and Iloilo, and takes appointments in Cebu. He belongs to the Class of 1996 of the University of the Philippines College of Medicine.)

Duterte threatens use of military force to ensure peaceful 2022 election

Duterte threatens use of military force to ensure peaceful 2022 elections