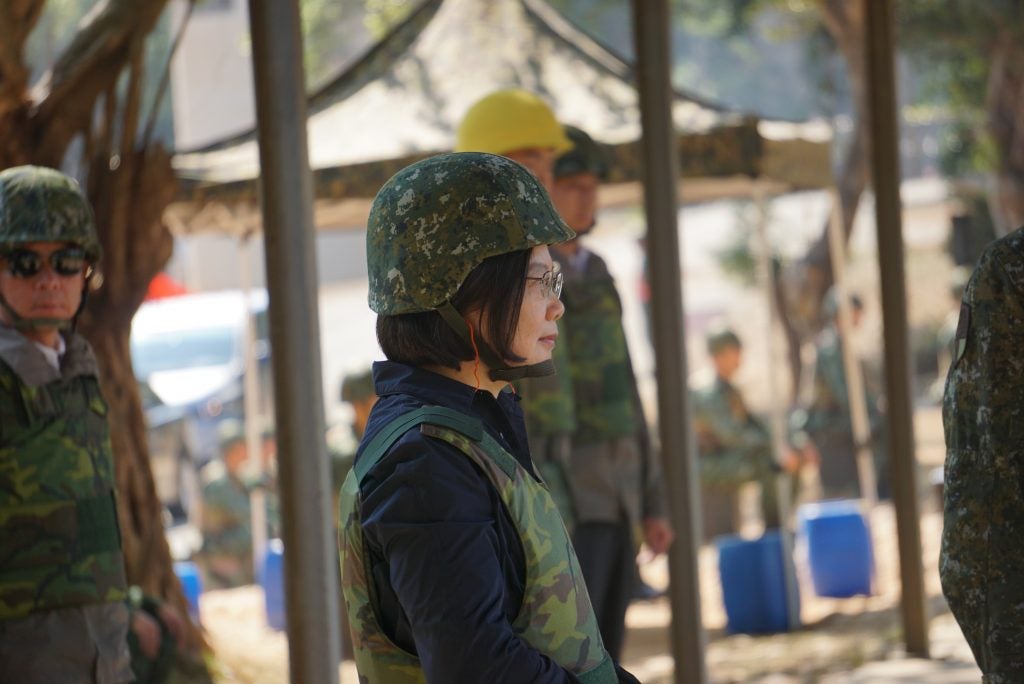 TAIPEI — The nature of politics across the Taiwan Strait always creates panic and chaos. Everyone dreams of cross-strait relations that would run smoothly and efficiently, but ambitious politicians, military and political parties can’t help but push for speed.

Rather than slow down on an electoral defeat or turn down a comment or two until trade policies go back to normal, bold statements are made to hit cross-strait sentiments and send media into a frenzy.

Who cares if you are the chaos creator or just caught in the fray! Leaders in both Taipei and Beijing should try to bring sanity back to cross-strait relations for the sake of future generations, especially during the Chinese New Year celebrations.

A good example of this is U.S. President Donald Trump “twiplomacy” which has changed the tone of discourse on Twitter, frequently insulting his opponents and lampooning foreign leaders, with the aim of propelling the story on cable news and shaping the narrative for reporters.

Yet, we don’t want cross-strait leaders to follow suit and lower the bar on political discourse and diplomacy of all types. To the contrary, we hope that our leaders would work harder on lowering the political temperature whenever people are running and screaming with their hair on fire.

The situation is already very critical. President Tsai Ing-wen (蔡英文) received a death threat on her official Facebook page on Feb. 5, the first day of the Year of the Pig. The threat was made by an allegedly pro-China netizen in a message reading: “New Year’s wish: Behead Tsai Ing-wen, unify China.” That is unacceptable.

China’s Air Force also caused a stir on Feb. 3 with a video clip showing its efforts to unify with Taipei by all means. “My fighter jets are flying around Taiwan” was released on the Weibo account of the People’s Liberation Army (PLA) Air Force Airborne Corps.

The video featured images taken from some of Taiwan’s main landmarks, including Taipei 101, as well as a song telling of the Chinese people’s desire to “reunite” Taiwan with the mainland, demonstrated by PLA fighter jets constantly flying around the region.

Taiwan’s Ministry of National Defense then released a 90-second video, “Freedom Isn’t Free,” on Feb. 4 that pieced together clips of exercises conducted last year by all branches of the Armed Forces, and a Facebook post by the military spokesman.

“Many men and women serving in the Armed Forces will miss New Year’s Eve dinners with their families, but they will not be absent from standing on guards to protect the country,” the post read.

The statement was followed by another post of President Tsai on her various social media accounts on Feb. 5 stressing that Taiwan will not only reject the “one country, two systems” constitutional framework with China but also oppose it be all means.

Well, it had been said and needed to be said again, but this was not timely for all that. Lunar New Year celebrations shouldn’t be used to convey such messages. New Year messages should bring a fresh start, highlight new opportunities ahead and give an exhilarating sense of rejuvenation.

Instead of expressing our gratitude, respect and appreciation to others, Taiwan and China again exchanged unconstructive messages aimed at their supporters, stressing that they would continue to staunchly defend their respective sovereignty and security, as well as their way of life – something we have known for long.

To the contrary, we would have expected leaders to go back to the true meaning of diplomacy: the skill of being careful to say or do things which will not offend people (Collins).

To this end, we strongly recommend that leaders across the Taiwan Strait close their respective social media accounts and hold a series of secret meetings between secret emissaries in secret locations through which real progress in cross-strait relations will eventually be made public.