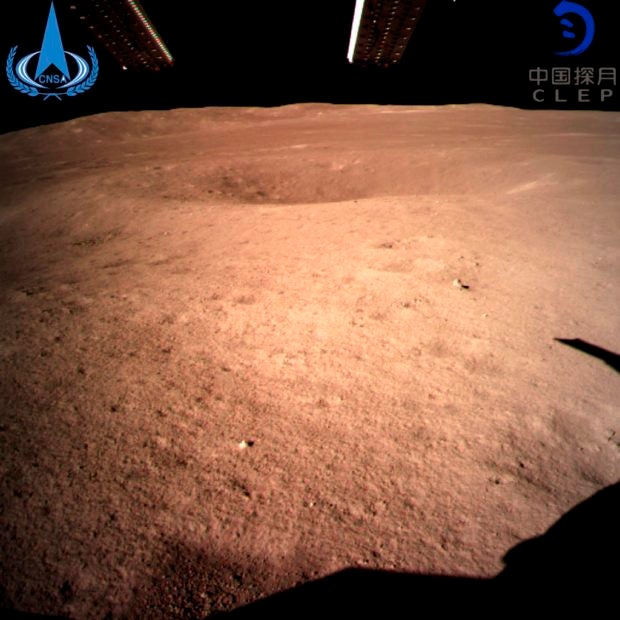 In this photo provided Jan. 3, 2019, by China National Space Administration via Xinhua News Agency, the first image of the moon’s far side taken by China’s Chang’e-4 probe. A Chinese spacecraft on Thursday, Jan. 3, made the first-ever landing on the far side of the moon, state media said. China National Space Administration/Xinhua News Agency via AP

The successful landing of China’s Chang’e 4 probe on the far side of the moon on Jan 3 marks a significant step forward in the exploration of outer space and paves the way for future space missions.

Unsurprisingly, images sent from Chang’e 4 of the moon’s uncharted side, which is never visible from Earth, have drawn acclaim both at home and abroad. Both the country and its people have a good reason to take pride in this pioneering achievement, which contributes to the efforts to learn more about our home planet’s satellite, the solar system and the universe beyond.

China’s lunar exploration program, named after moon goddess Chang’e, began in 2004, and has included orbiting and landing a probe on the near side of the moon, and bringing samples back to Earth. Following the Chang’e 4 mission, China is expected to quicken its steps in exploring outer space.

In recent years, each significant achievement made by China’s space industry has drawn global attention. Although its space industry is comparatively young, China’s commitment to the exploration of outer space has always been crystal clear and consistent. It is committed to the principle of using outer space for peaceful purposes, and opposes the militarization of or an arms race in outer space. Its door is open to international cooperation in space exploration.

All these should help mitigate global concerns that it is contributing to outer space becoming a new front line for competition and confrontation among countries.

The Chang’e 4 lunar probe itself is a good example of international cooperation: It is equipped with instruments developed by scientists from Sweden, Germany and China to study the lunar environment, cosmic radiation and the interaction between solar wind and the moon surface. Its power equipment is supplied by radioisotope sources of electricity produced in Russia.

Apart from the Chang’e series of probes, China is also looking to cooperate with international partners in other space programs. Last year, it invited all member states of the United Nations to jointly utilize its future China Space Station, which is expected to be launched later this year and brought into operation by 2022.

China’s commitment to international cooperation demonstrates its unwavering belief that outer space is a common home for all humanity and that its space dream is part of the dream of all humankind.