Tariffs a threat to clean energy future of Asia 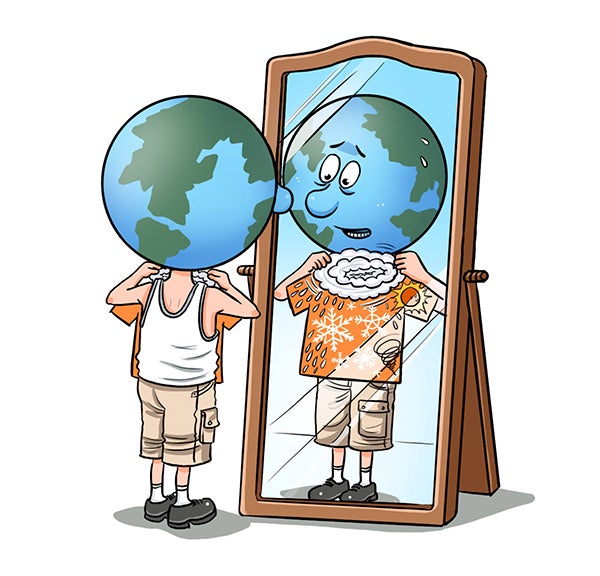 BEIJING — Delegates from around the world have gathered in Katowice, Poland, to discuss how to curb greenhouse gas emissions in order to realize the goals enshrined in the 2015 Paris Agreement.

But the world’s largest economy, the United States, does not believe in climate change or the report issued by the UN Intergovernmental Panel on Climate Change in October. The IPCC report says the world economy will suffer severe damage, which could top $54 trillion by 2040, unless carbon dioxide emissions are drastically reduced. For which all countries, cities, businesses and individuals have to change their ways.

As for China and India, despite the US withdrawal from the Paris climate accord, they will continue to disagree with developed countries on some fundamental issues such as financing and setting of emission targets. In 2015, rich countries pledged to contribute $100 billion a year by 2020 to help developing countries adapt to and combat climate change.

Also, China is becoming greener than other developing countries, even some developed countries. It is home to half of the world’s electric vehicles (EVs). One quarter of the electricity it produces comes from clean energy sources such as solar and wind, and its cheap silicon panels have driven down solar energy prices worldwide. Now Chinese manufacturers are starting to export EV batteries to automakers in the US, Europe and Asia.

That will be especially good news if US-China trade negotiations end in positive agreements. But until a temporary truce was reached between China and the US early this month, the White House seemed hell-bent on imposing additional tariffs on Chinese imports and thus rob the world of the advantages stemming from the global climate agreement. China has vowed to increase imports from the US, and although the volume is yet to be finalized, it would be substantial. Which in turn will reduce the US’ trade deficit with China.

But the White House seems interested in playing other games. It has lifted restrictions on offshore drilling and coal use, and its “pro-growth” energy policies have delighted US industries. In fact, forecasters expect US oil production to surpass that of Saudi Arabia next year. And last year, the US produced 19.4 percent more natural gas than Russia.

Having freed itself from the Paris Agreement, the US now has easy access to more low-cost high carbon energy than almost any other industrialized country. As a result, US coal production, exports and employment increased in 2018 after years of decline. Normally all this would have been great news for domestic manufacturers, which rely on energy intensive aluminum and steel inputs.

Yet despite the low cost of domestic natural gas, US primary production of aluminum has fallen by more than half since 2015, as today China accounts for more than half of the global primary aluminum output－and almost five-time increase from about 11 percent in 2000.

In Europe, where climate policies have pushed up energy costs, natural gas and electricity prices are roughly double those in the US. And while the European Union’s steel output has fallen 23 percent since 2007, China has increased its steel production by an amount greater than the combined total output of the EU and the US. True, the 25 percent tariff the US has threatened to impose on imported steel would have a big impact on China. But it will be even more destructive for the EU than the aluminum tariff because it will pit the US against its European allies, making it harder for Brussels to pressure Beijing to reduce its production.

Until recently, the EU and the US had a shared interest in tackling carbon emissions and the overproduction problem of China. But now the issue is US tariffs, not Chinese overproduction and clean energy transformation. Still, the US’ newfound energy leadership could effectively counter the “petro-muscle” flexing by Organization of the Petroleum Exporting Countries in developing countries of Asia.

However, if the White House insists on starting a full-blown trade war, it will make American manufacturers less energy efficient and competitive, pushing them to the margins of the international climate and trading systems. In such a case, the world will look to China to lead the fight against climate change, by reducing emissions and building low-carbon economies.

The US should therefore realize that a full-blown trade war and a no-deal at the Katowice climate conference would hurt every country, but the worst hit would be the US. Let us hope Washington gives its decision to withdraw from the Paris Agreement a second thought in Katowice and returns to the right path of fighting climate change.