Another blow to press freedom 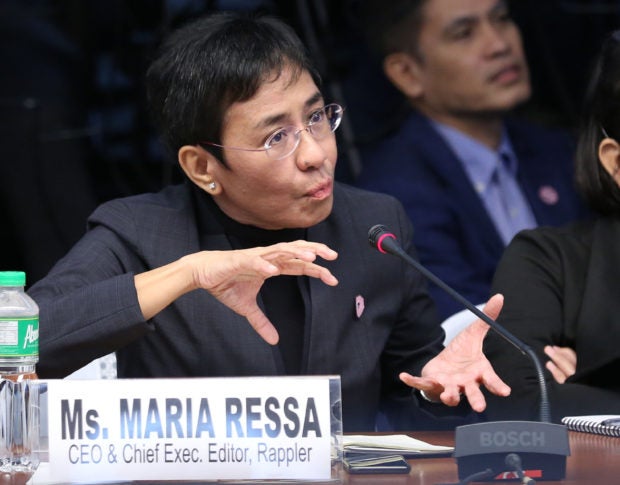 BANGKOK — Philippine President Rodrigo Duterte has deservedly been characterized as having thin skin. He has never been tolerant of criticism and his latest target is the news website Rappler, which reports extensively about the government’s brutal war on drugs, a campaign that decent people around the world find offensive.

Maria Ressa, the chief executive at Rappler, is herself a highly respected and award-winning journalist. She has built a platform that has become an indispensable source of information on a wide range of issues in the Philippines. It pulls no punches in criticizing Duterte administration policies perceived as damaging to society and the country’s reputation and which are often plainly illegal under the constitution.

While the vigilante justice of Duterte’s so-called war on the drug trade has been generally popular among Filipinos, his overall approach to governance insults the many who fought and risked their lives to oust previous authoritarian regimes, beginning with the squalid dictatorship of Ferdinand Marcos.

The current president brooks no dissent either. In a move that could have come straight from the playbook of Cambodian strongman Hun Sen, Ressa and the other directors of Rappler were last week indicted on multiple counts of tax evasion.

The directive could only have originated with the government. Brad Adams, Asia director for Human Rights Watch, said the move sent “a chilling message to journalists and human rights activists that they will be targeted for exposing [Duterte’s] murderous campaign”.

The Philippines Securities and Exchange Commission earlier this year accused Rappler of violating foreign-ownership rules after it allegedly failed to declare US$3 million in revenue – a 2015 investment from a fund created by eBay founder Pierre Omidyar. The charge was based on the belief that Rappler was acting as a securities “dealer”. Ressa countered that the site is not a stockbroker and is 100-per-cent Filipino-owned. Shawn Crispin of the Committee to Project Journalists called that charge “a blatant form of legal harassment” and Amnesty International lamented “an alarming attempt to silence independent journalism”.

Duterte’s fundamental problem with a free press – he’s previously tried to suppress the Philippine Daily  Inquirer and ABC-CBN television as well – is that it reports claims by rights groups and opposition lawmakers that tens of thousands have been killed in the war on drugs, not 5,000 as the government asserts. To Duterte, this is of course “fake news”. But it is of course his government, with the help of a tilted judicial system, that spreads the misinformation in a bid to muffle critics.

Ressa is among critics who refuse to be gagged. “Our democracy is in transition,” she told CNN last month, using words that could just as easily apply to Thailand.

“The mission of journalism has never been needed as much as it is now, and we’ll continue doing these stories.”

At least 12 professional journalists have been killed in the two years since Duterte was elected president. In that time the Philippines has dropped six places on Reporters Without Borders’ annual Press Freedom Index, where it currently ranks an unhealthy 133 out of 180 countries.

Remarkably, all of Southeast Asia suffers from a glaring deficit in press freedom.

Filipino among new cases of COVID-19 in UAE

Reminder from Archbishop Soc: No clapping during Mass