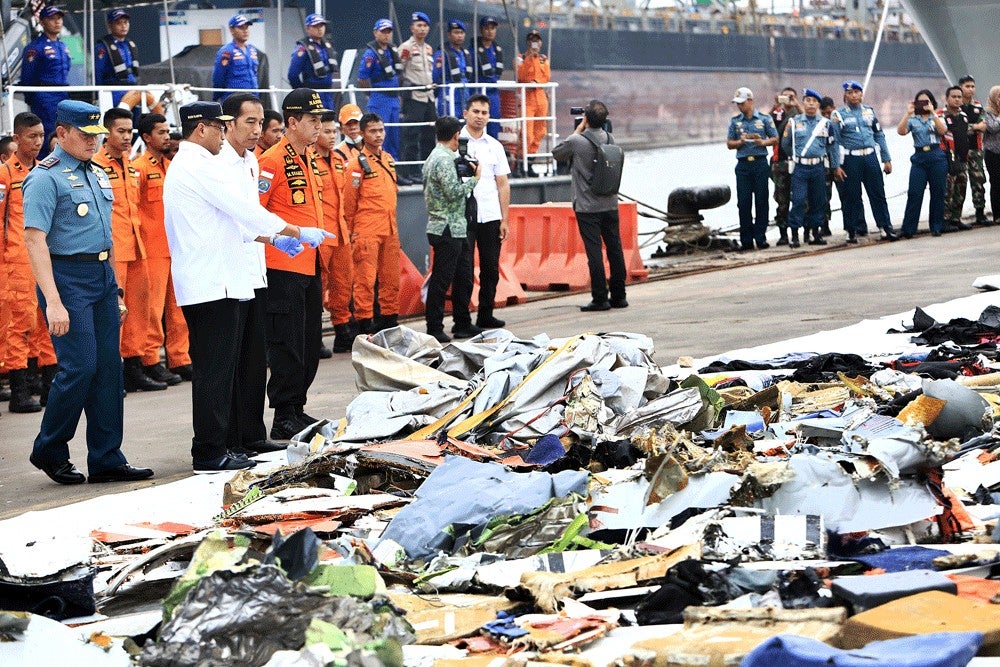 JAKARTA — The crash of Lion Air flight JT610 from Jakarta to Pangkalpinang in Bangka Belitung is surely a bad advertisement for Indonesia’s airline industry. Whatever might have caused it, the accident, which is feared to have claimed the lives of all 189 people on board, deals yet another blow to the industry’s reputation only four months after the European Commission (EC) cleared all Indonesian carriers from the European Union Air Safety blacklist.

Joint efforts are still under way to locate parts of the Lion Air Boeing 737-MAX aircraft, its passengers and crew and also the black box in the waters of the Java Sea. Use of high-tech devices, including those provided by other countries, will hopefully speed up the operation and provide certainty for the crash victims’ families as soon as possible.

International scrutiny follows every crash, especially involving a carrier as big as Lion Air. Such accidents will further sadden not only the victims’ families but also the whole nation if the international community responds negatively to the tragedy.

In 2007 the United States and the EU prohibited all Indonesian carriers from operating in their skies for failure to meet international safety standards, following a series of accidents involving airlines certified in the country. In the following years, improvements were made and one by one Indonesian airlines, including Lion Air, regained permits to fly over the US and Europe.

FEATURED STORIES
OPINION
Why Leni is the candidate who can
OPINION
‘Fellow columnists and other fools’
OPINION
A win for children, parents

The investigation into the cause of Monday’s crash renews concerns that Indonesian airlines have not done enough to address safety standards. Showing its care for its citizens’ safety, Australia’s government has warned its officials and contractors against flying Lion Air pending findings from the crash investigation.

The issue of safety standards is the topmost question when it comes to accidents involving a mode of transportation. In the airline industry such concerns have become more relevant ever since low-cost carriers, including Lion Air, emerged as a game changer in the business. Recent years have seen so-called budget airlines flourish and force the established, full-service players to stretch themselves to the limit.

A number of once prominent flag carriers could not survive the tough competition, but low-cost carriers continued to thrive. There have been allegations that airlines that offer cheap flights cheat their passengers by compromising on safety rules, such as reducing maintenance spending, minimizing overall checks or cannibalizing spare parts.

But such accusations appear to find no strong ground. Several low-cost carriers make it onto the list of airlines with the best safety record in the world. In the case of Lion Air, since 2002 it has recorded at least 20 accidents, with two of them, the crash near Adi Soemarmo International Airport in Surakarta, Central Java, in 2004 and the latest one on Monday, resulting in fatalities.

It will be up to the National Transportation Safety Committee (KNKT) to determine the cause of Monday’s crash. To prevent any accidents, however, all carriers bear the responsibility to ensure the safety of their passengers. It’s not enough to make people fly, like the Lion Air tagline, they need to fly safely.