Kim, Trump and the nuclear crisis: A conundrum eternal? 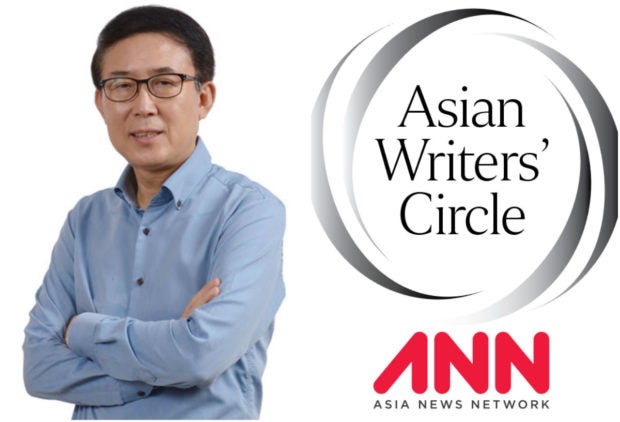 This week (Tuesday, Sept 18) the South Korean President Moon Jae-in flies to Pyongyang to meet North Korean leader Kim Jong-un. The United States and North Korea are working to set up a second meeting between US President Donald Trump and Kim. These developments certainly raise hopes for a reinvigoration of negotiations on denuclearizing the North, which were propelled forward by the summits involving the three leaders held in quick succession earlier this year.

But optimism should be guarded. A solution to the nuclear crisis, which has threatened security and stability in the region persistently for a quarter of a century, will not come soon and easily. The history — including what has happened in the short months before and after the historic Trump-Kim meeting in Singapore in June — tells you why the prospects should not be all bright.

There have been twists and disruptions, like Trump’s abrupt abortion of the summit itself, which he revoked eventually, the recent cancellation of a visit to Pyongyang by his Secretary of State Mike Pompeo and, more importantly, Kim’s failure to follow up on his promise to denuclearize.

There will be more twists, big and small, and nobody should be swayed by a single event or development.

Nevertheless, fresh momentum is needed as the two sides are deadlocked over what should come first — declaring an end to the Korean War — which the North regards as a means to secure its safety — or concrete steps toward denuclearization. That gives a sense of deja vu. There has been a vicious circle in the Korean nuclear crisis that started in 1993 with the North’s withdrawal from the Nonproliferation Treaty: The communist country makes provocations, seeks rewards in consequent negotiations, and then derails the talks or swallows its promises, only to revert to hostility.

In the meantime, the regime continues to enhance its nuclear and missile capabilities.

The two major agreements in the past fitted well into the cycle — the 1994 Agreed Framework signed by the US and the North and the 2007 six-party talks accord. Both arranged for other countries to provide economic assistance and energy supplies to the North in exchange for denuclearization. But both fell through, giving the North time to conduct as many as six nuclear tests and develop a missile it claims is capable of hitting the mainland US.

Will the current leader take a different path from his grandfather and father?

The North’s founding father Kim II-sung had fostered nuclear ambitions since the 1950s and expedited the weapons program since the demise of the Soviet Union in 1991, which coincided with the withdrawal of US nuclear weapons from South Korea.

His son and the current leader’s father Kim Jong-il, despite landmark summits with two liberal South Korean Presidents Kim Dae-jung and Roh Moo-hyun, held on to its nukes and missiles.

During the crises, the international community, led by the US and South Korea, was engaged in diplomatic negotiations with the North Korean leaders. But the Kim family never intended to give up nukes and kept cheating their way out of the crises.

Kim Jong-un recently complained that the US does not trust his commitment to denuclearization despite what he has done — demolishing a nuclear test site and a missile engine testing facility.  But the world well remembers a 2008 publicity stunt by the North, in which it invited the international media to cover the dismantlement of a cooling tower in Yongbyon, its main nuclear site.

The North conducted its second nuclear test the following year. This track record reinforces doubts about the 34-year-old Kim’s promise to abandon nuclear weapons, which the Kim family has cherished as a means to protect the country from foreign invasion and perpetuate its dynastic rule.

In order to dispel the skepticism, Kim needs to take substantial steps — like declaring an inventory of its nuclear and missile capacities and open them to international inspection.

One more thing Kim should remember is that he is dealing with Donald Trump, a man who is very different from the US leaders his grandfather and father faced. Now Kim and the world need to think about the possibility of Trump, whose already-disputed leadership style had been further plagued by the chaos in his administration caused by Bob Woodward’s “Fear” and an anonymous op-ed piece in the New York Times, using foreign policy issues like North Korea to his political advantage.

The anonymous writer said that meetings with Trump “veer off topic and off the rails, he engages in repetitive rants, and his impulsiveness results in half-baked, ill-informed and occasionally reckless decisions that have to be walked back.”

True, an issue like the North Korean nuclear crisis is the last thing to be dealt with by the occupant of the Oval Office in such a manner. But no one can rule out the possibility of Trump miscalculating and making an impulsive decision — one which could result in a catastrophe for the North and the world.

President Moon’s role as a mediator should be emphasized in this respect. It was then South Korean President Kim Young-sam who persuaded Bill Clinton not to bomb Yongbyon at the peak of the first nuclear crisis in 1994.

Moon, a strong advocate of reconciliation with the North, already brokered the Singapore summit, and is pushing for vigorous reconciliation programs with the North to the degree that there are concerns about causing cracks in the UN-led sanctions against Pyongyang. It is also fortunate that Trump still speaks well of Kim.

Kim should take advantage of these favorable conditions. Unlike him, both Trump and Moon have a limited time in office, and they may encounter political opposition to their North Korea policies unless they achieve noticeable progress in denuclearization in the near future.

Kim said he wanted his country to achieve faster economic growth than China and Vietnam. Taking action to disarm, not making promises, should be his first step.

The Asian Writers’ Circle is a series of columns on global affairs written by top editors and writers from members of the Asia News Network and published in newspapers and websites across the region.