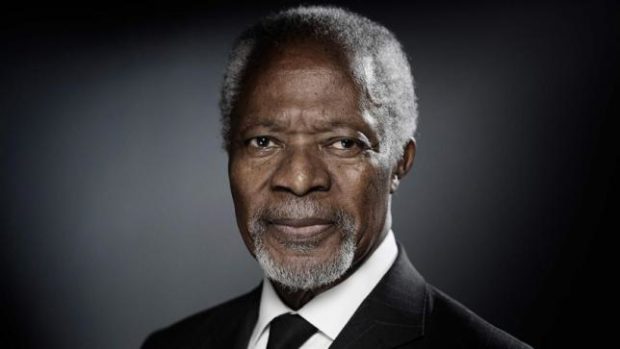 DHAKA — Kofi Annan, who served as UN chief from 1997 to 2006, and who was awarded the Nobel Peace Prize alongside the UN in 2001, passed away on August 18, 2018 in Switzerland, at the age of 80. Tributes from global leaders and newspaper obituaries remembering his commitment and ideals are testaments to his legacy in promoting world peace. He has been hailed as the man who revitalized the UN, and strived to make the organisation the upholder of human rights at a time that witnessed some of the worst conflicts in human history.

Kofi Annan’s career in the UN was indeed marked by wars and conflicts in world history: the genocide in Rwanda, the Iraq War and the Srebrenica Massacre to name a few. His moral clarity—exemplified in his staunch opposition to the invasion of Iraq which he called “illegal”—has been remembered much in the last few days. His career was not beyond censure regarding whether the UN could have done more to stop the tragedies of Rwanda and Bosnia. But, befitting the man that he was, he was his own critic, and was haunted by the same questions.

In the twilight years of his life, Annan witnessed another instance of gross violation of human rights—the genocide of the Rohingyas in Myanmar. His role in trying to break through to the Myanmar government to ensure the life and dignity of Rohingyas shows that his commitment for establishing human rights and global peace went beyond his UN career. The Annan Commission’s recommendations regarding the ethnic cleansing of Rohingyas struck at the heart of the matter when it stressed review of the problematic citizenship law which effectively denies Rohingyas citizenship. The commission’s recommendations aimed at a peaceful and prosperous future in Myanmar sadly remain unimplemented.

We mourn the passing away of this great diplomat, moral leader, and champion of peace. Following the crackdown on ethnic Albanians in Kosovo, he had written: “For at the end of the 20th century, one thing is clear: A United Nations that will not stand up for human rights is a United Nations that cannot stand up for itself.” In today’s world, where conflict and killing are everyday headlines, we hope his words and ideals act as a guiding force for world leaders and international organizations.