Canada will show us if pot is beneficial 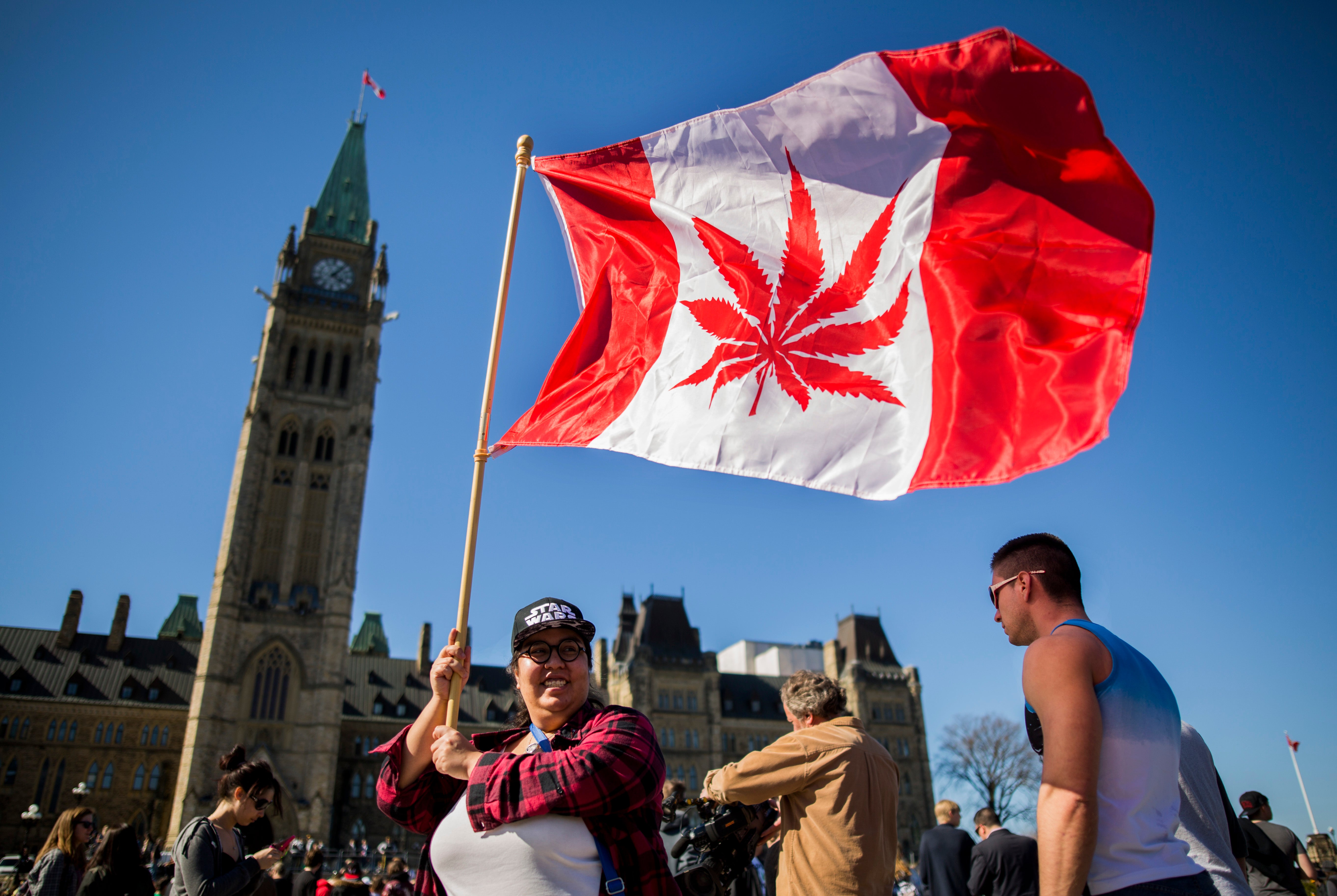 In this file photo taken on April 20, 2016 showing a woman waving a flag with a marijuana leef on it next to a group gathered to celebrate National Marijuana Day on Parliament Hill in Ottawa, Canada. Canada lawmakers voted to legalize cannabis on June 18, 2018. / AFP PHOTO / Chris Roussakis

BANGKOK — Starting in October, marijuana will be entirely legal in Canada, where lawmakers passed sweeping cannabis legalization last week. Recreational use of pot and hashish by adults will be lawful, and the decision should have a much farther-reaching impact. Interest in the purported health benefits of cannabis will now considerably increase.

While several nations have decriminalized marijuana in part or by region or jurisdiction, Uruguay was until now the only country to legalize it across the board. Canada follows suit with the Cannabis Act, which allows each of the 10 provinces to devise its own system of licensing and regulating related business.

“It’s been too easy for our kids to get marijuana – and for criminals to reap the profits,” Canadian Prime Minister Justin Trudeau said. “Today, we change that.” The change is in fact sure to make it even easier for “kids” to access marijuana, if their parents are buying and using it without fear of prosecution, but it will also indeed sever the profits going to illicit dealers, which of course cannot be taxed.

The Canadian move is extremely bold. Critics are howling, but the law displays a political resoluteness based in no small measure on faith. The health benefits of cannabis continue to be debated, but the dispute cannot be resolved without serious, long-term research, and perhaps the Canadian experiment will enable that. Meanwhile, what’s about to happen in Canada will have other members of the international community reviewing their attitudes towards a plant that’s been used since primitive times as a mild intoxicant.

Thailand is among the nations linked unfavorably to marijuana. It is not only a supply source, but also has tough laws that class “ganja” as a dangerous narcotic – as well as inconsistent enforcement of those laws. Its stance and its overseas reputation aren’t going to change anytime soon, but the authorities have at least given hints of progressive thinking, mooting a proposal to allow cannabis to be cultivated for health research.

If health benefits are established, doctors might have a valuable new tool, not least in easing the pain and discomfort of diseases. But such a drastic development might also explain why academic interest in marijuana has been limited. The medical establishment might be clinging to the status quo.In the US, nine states and the District of Columbia have legalized cannabis, but federally it remains classified as a prohibited drug because there is no official proof of medical merit, and instead high potential for abuse. Thailand too, and most countries, await the evidence it can do some good.

So let’s get on with the serious research. Scientists around the world should be pooling resources and dissecting the claims made for marijuana’s wholesome benefits. Shown proof the benefits exist, politicians would have to choose between public health and conservative reluctance. First comes the science, then the politics.

Few young people today believe cannabis is harmful, apart from coughing when it’s smoked. But doubt has been renewed recently with declarations that the touted medicinal benefits have been inadequately researched. Canada’s leap of faith might turn out to be a terrible mistake, but it has at least encouraged other nations to consider long-overdue action and launch unbiased and unhindered research that will either give the world a minor medical miracle or prove it was all just a pipe dream.