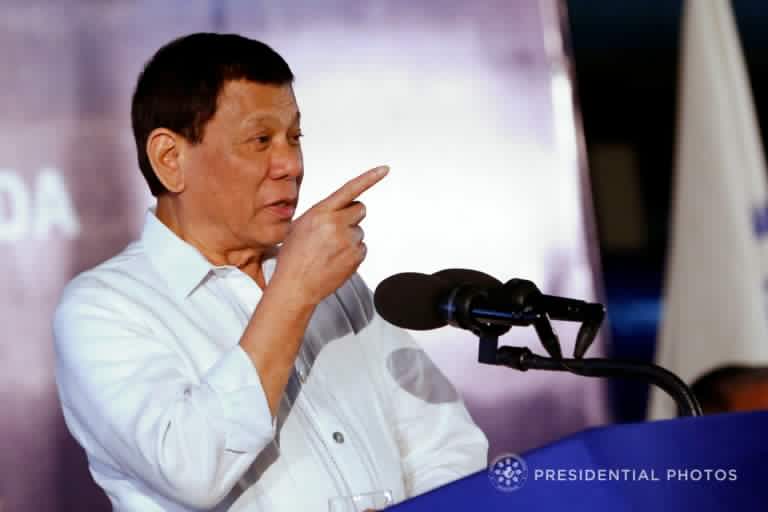 Nearly two years after Rodrigo Duterte was elected to the presidency, his signature approach to power has become all-too-familiar. It is one based on the methodical use of the coercive power of the state in order to intimidate dissenters, critics, skeptics, deviants, and noncooperative individuals who, in his perception, are not taking him seriously.

It is this approach that has basically defined his antidrug campaign, in which a few thousand drug suspects have been brazenly killed in police operations. This brutal show of force has been enough to frighten and compel hundreds of thousands of others to “surrender,” have themselves detained, or simply listed down for monitoring and rehabilitation. In their minds, to be included in the list of drug surrenderers serves as an insurance that they won’t be targeted for killing. This deadly assumption has been proven wrong countless times.

But the use of the fear factor has not been confined to the drug campaign alone. Mr. Duterte has silenced most of the political opposition by jailing the outspoken Sen. Leila de Lima on the incredible charges of conspiring with detained drug lords to trade in illegal drugs when she was justice secretary. By going after the Chief Justice herself, he has likewise warned the judiciary not to question or strike down any of his decisions. He has tamed mainstream media by attacking the “biased” reporting of the newspaper Philippine Daily Inquirer, the ABS-CBN media broadcast network, and the digital news portal Rappler. But, he doesn’t stop there. He pursues his case against the owners by pointing to their various liabilities as business entities, rather than as professional news organizations.

Indeed, he has intimidated the entire business community by calling out, seemingly from out of the blue, businessman Roberto Ongpin — concerning his gaming franchise. Ongpin thereafter quietly sold his business to a waiting investor, reportedly still wondering what he had done to incur the President’s ire.

In a society where legal procedures and requirements are subject to creative interpretation, and observance of regulations is often negotiated, nearly every corporate entity is vulnerable, one way or the other, to charges of noncompliance with the law. Extortionists in all branches of the government have been known to prey upon these vulnerabilities to get money.

But, we are face to face with an entirely different phenomenon when it is the President himself who orders the investigation of people he publicly singles out as his or the country’s enemies. A more accurate term for it would be the personal weaponization of government authority.

His most recent prey, the 71-year-old Australian Catholic missionary Sister Patricia Fox, who has lived among the Filipino poor for decades, couldn’t believe she would be of interest to any government security agency. Over the years she has joined many protest rallies on the side of the oppressed, at times believing her voice amounted to nothing. But Mr. Duterte apparently heard what she said in one recent rally, and personally ordered her investigated. The Bureau of Immigration promptly picked her up from her residence and detained her for a day, threatening to deport her. The real message being sent is addressed to all foreign guests in the country: You’re here as visitors; don’t ever make the mistake of getting involved in political activities.

Compared to Ferdinand Marcos, Mr. Duterte has performed the art of intimidation with consummate skill. Without warning, he calls out the name of his prey, denouncing him or her in the strongest possible terms, and publicly announces that he or she, or they, are in his line of fire. His choice of target often seems whimsical, taking the form of a spur-of-the-moment mention in the course of a longwinded presidential rant.  The victims are often left wondering what precipitated it, and how long they have been on his mind.

Anyone who is thus named as enemy, and has no will to fight, usually keeps quiet. The writer Elias Canetti describes it as akin to being arrested. “The feel of the hand of authority on his shoulder is usually enough to make a man give himself up without having to be actually seized. He cowers and goes quietly. He maintains an appearance of composure, even though it is not everywhere that this is justified by what is likely to happen to him subsequently.” He could be released the same day after beng taught a lesson about power, or maybe jailed indefinitely after being charged with a nonbailable crime.

The public has learned to take these instances of public vilification of targeted figures as part of the Duterte style of rule. People know these are not empty threats. Indeed, the public takes them as synonymous with the President’s exercise of political will. They themselves don’t feel threatened.

Adolf Hitler wrote a lot about mass psychology. Some of the things he said somehow give us a glimpse of the logic behind the Duterte method and its assumptions about mass stupidity. Here’s a sampling.

On cruelty: “Cruelty impresses, people want to be afraid of something. They want someone to whom they can submit with a shudder. The masses need that. They need something to dread.” “I have not come into this world to make men better, but to make use of their weaknesses.”  On force: “Only force rules. Force is the first law.”  “The one means that wins the easiest victory over reason is terror and force.”

Behind these deluded utterances is the ultimate narcissism of power: Hitler: “I was Europe’s last chance.” Duterte: “I am your last card.”