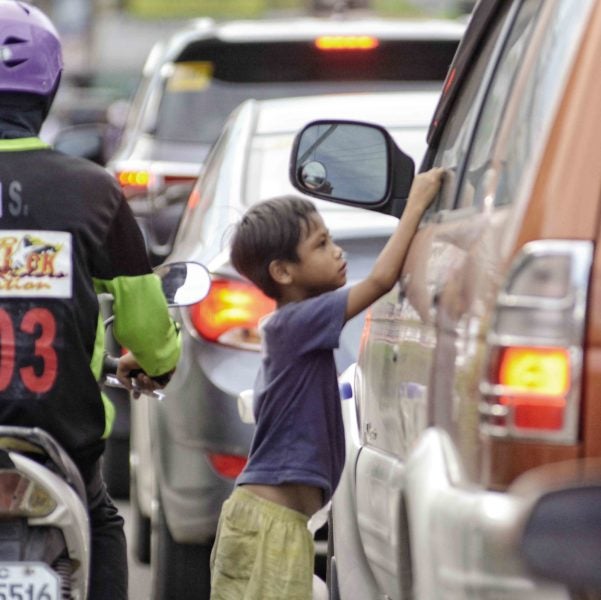 A boy asking for alms from passing cars —CDN/CHRISTIAN MANINGO

This refers to the news article “Priest says it’s OK not to give alms; there are other ways to be charitable” (12/29/17). I can relate to this by citing two real-life instances.

First, my family went out for dinner recently. After eating a huge meal, we had excess food. My daughter Iya suggested that we give it to the first beggar we meet on our way home.

While walking, we chanced on a skinny mother holding her bony child. Iya egged on me to give her the food. I offered the food, but unexpectedly the mother refused to accept it.

Many of the bystanders noticed this upsetting scene. Some yelled “choosy pa ito!” I insisted to her to accept my offer but she was adamant in turning it down. She said that she prefers money than food.

Second, on my way home to Manila from Marikina City, a little boy handed envelopes to us passengers inside the jeepney. Moved by his piteous condition, instead of giving him money, I offered him a grilled chicken sandwich wrapped in lettuce. He accepted it and thanked me.

However, with only one passenger handing the boy some coins plus my sandwich, he immediately jumped out of the jeepney and, behold, threw the sandwich in my face. This pissed me off and my fellow passengers were enraged by the kid’s mean behavior.

The sight was indeed sickening. But I remain optimistic and compassionate because not all beggars are indifferent and lethargic.  There are still many biblical Lazarus around us like these children who are poor, vulnerable and pathetic.

Our government should also focus on the needs of the poor among us especially the beggars. While drug problems may be a priority of the government, it may be said that most of the victims of this drug abuse and extrajudicial killings are the poor who are voiceless and powerless in our society.

She married her brother-in-law after her sister’s death