Nothing gained in hounding the Shinawatras 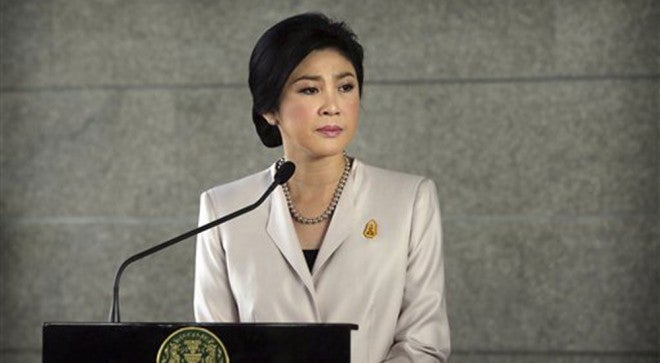 Although the Foreign Ministry has revoked four passports issued to Yingluck Shinawatra, the pursuit seems unlikely to make much more headway as long as Interpol, the Paris-based international police service, is unable to confirm the fugitive former prime minister’s whereabouts. It remains to be determined whether Interpol is unable to locate her or is simply reluctant to be pulled into the maelstrom of Thai domestic politics.

If the latter turns out to be the case, our military-led government can’t claim to have not seen it coming. The writing has been on the wall for years, with no foreign government willing to bring Yingluck’s brother Thaksin to heel in his globetrotting flight from justice. If Thaksin hasn’t by now been detained and shipped back to Thailand to answer for the sins he committed, why should anyone expect Yingluck to be returned? And Thaksin has often being hovering nearby – in Cambodia, Laos and Singapore – but still there was nothing the generals could do about it.

Yingluck was on September 25 sentenced to five years in prison for failing to stop the corruption contaminating her government’s rice-pledging scheme. She was already long gone by then, slipping out of the country a month earlier, just before the verdict was originally to have been read. Early last month the police asked Interpol to issue a “blue notice” for Yingluck to locate her. The “red notice” that would follow would compel authorities in the country where she was found to arrest her.

But this hounding of fugitive politicians is only damaging Thailand’s international image. Foreigners know our justice system is politicised. They know why politicians get in trouble and why they can flee so easily. As successive governments half-heartedly throw out their dragnets for successive Shinawatras, Thailand is merely antagonising the international community.

The junta can insist all it wants that Yingluck’s prosecution was a purely criminal matter, but the global community sees the political dimensions of the case just as well as most Thai citizens do. Criminality was only part of the overall story. The domestic political situation is so precarious, in fact, that if Thaksin and Yingluck managed to form a government in exile, some countries would recognise it. The two can demonstrate, after all, that they in turn earned the popular mandate to govern, only to be ousted in anti-democratic coups.

The junta’s audacity in attempting to claim the moral high ground in this affair is the most galling aspect of all. By

summoning the powers of Interpol and foreign governments in its pursuit of the Shinawatra clan, it is undermining Thai dignity, blocking all chances of political reconciliation and severely hampering economic progress.

The generals – and the Shinawatras too – need to accept that the people of Thailand have had enough of this. We want rid of the corruption, rid of the hypocrisy and rid of the lip service paid to rights and freedoms. Let us agree that Yingluck’s rice-subsidy scheme cost the country billions of baht. Let us agree that the Army was, briefly, the white knight riding to the rescue. And let us agree that the knight’s role is over. We want the freedom to debate issues and we want fresh elections, and let the political cards fall where they may.

Read Next
Preparing students for viable careers
EDITORS' PICK
Smart 5G goes live
BREAKING: 3,226 latest COVID-19 cases bring PH’s total to 106,330
Water remains our saving grace right now
A gem of a residence in the new normal
Been there, done that but what’s the difference between MECQ and GCQ?
PNP: Checkpoints back in MECQ areas
MOST READ
MECQ guidelines in infographics
Lacson takes up cudgels for health workers ‘threatened’ by Duterte
You’re my ‘idol’ in crafting laws, neophyte senator ‘Bato’ tells Drilon
Education advocate promotes ‘unschooling’ of children
Don't miss out on the latest news and information.