For migrants’ peace of mind 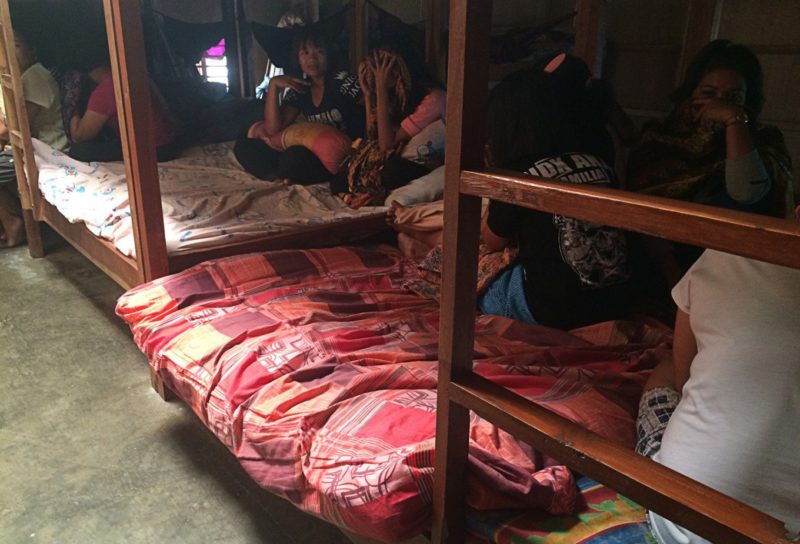 Illegal dispatch — Illegal migrant workers recruited from several areas across Indonesia spent time waiting for their departure in their tiny room in a shelter in Karanganyar, Central Java. THE JAKARTA POST

Indonesia can hold its head higher on the global stage with the passing of the Migrant Workers Protection Law on Wednesday. After seven years in the House of Representatives, the law is hailed for its breakthrough — tasking local administrations, among others, with monitoring the placement of aspiring migrant workers in their jurisdictions to avoid common incidents, such as workers reported missing or returning penniless, bruised and confused or ending up in slavery on fishing boats, or worse, in a coffin under unclear circumstances.

Stories of abused migrant workers continue to emerge, though many have gained relative success, leading others to follow in their footsteps. Labor recruiters, who include trusted relatives of men and women seeking work abroad, operate at the local level as extensions of migrant labor recruitment firms — both illegal and legal.

Therefore, although our Foreign Ministry has increasingly strived to assist troubled migrant workers, their vulnerability begins at the point of departure from their home villages and towns.

Villagers in East Nusa Tenggara, for instance, have reported that many boys and girls under the age of 18, desperate to improve their families’ wellbeing, seek out such labor recruiters — their “advantage” being a lack of birth certificates, making it easy for labor recruiters and traffickers to forge documents.

The new law would thus ensure that village and sub-district administrations, to regency and provincial governments, inform residents of safe and legal ways to seek work abroad. In addition, a number of the tasks usually carried out by recruitment companies, including training, have been shifted to local administrations, which must also ensure that the deployment of workers and their safe return is facilitated by credible parties, including recruitment firms.

Some also suggest that candidates for “low-skilled” jobs need to be provided with options beyond contracts that bind them to a single labor recruiter and employer, to whom they are indebted or who may withhold their passports.

With the new law, Indonesia should seek to improve working terms and conditions for its citizens abroad, especially in vulnerable professions, such as domestic work. President Joko “Jokowi” Widodo imposed a moratorium on Indonesians working in the Middle East, which critics say violates citizens’ rights to work in their chosen destinations. The government described the measure as a last resort, because in countries such as Saudi Arabia workers cannot legally opt out of contracts and lack legal protection.

Indonesia must now work toward the implementation of the Asean Consensus on the Protection and Promotion of the Rights of Migrant Workers, scheduled for adoption at the November Asean Summit in Manila.

As the regional body’s members share 6.5 million migrant workers, mostly from poorer nations, who work in Malaysia, Singapore and Thailand, a regional framework would better ensure standards and mechanisms than bilateral agreements between sending and receiving countries.

However, few will believe Indonesia is serious about protecting migrant workers when our maids lack legal protection in their own country. Therefore, the next step must be passing the long neglected bill on domestic workers into law.

ADVERTISEMENT
Read Next
Editorial cartoon, October 30, 2017
EDITORS' PICK
Smart 5G goes live
BREAKING: 3,226 latest COVID-19 cases bring PH’s total to 106,330
Water remains our saving grace right now
A gem of a residence in the new normal
Been there, done that but what’s the difference between MECQ and GCQ?
PNP: Checkpoints back in MECQ areas
MOST READ
MECQ guidelines in infographics
Lacson takes up cudgels for health workers ‘threatened’ by Duterte
You’re my ‘idol’ in crafting laws, neophyte senator ‘Bato’ tells Drilon
Education advocate promotes ‘unschooling’ of children
Don't miss out on the latest news and information.