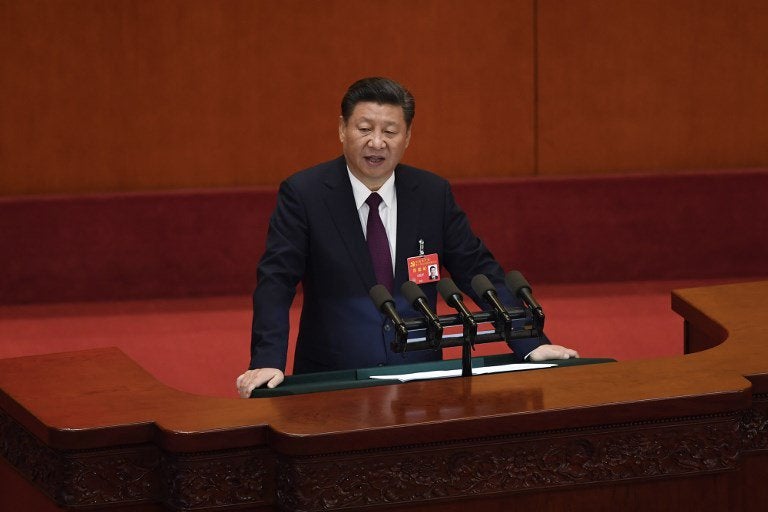 The Chinese Communist Party kicked off its 19th congress on Wednesday, ready to set a fresh course for the country and recast the leadership, although President Xi Jinping will almost certainly be re-elected to a second five-year term and be given even greater power in running the country. Xi’s leadership is utterly crucial as China’s peaceful rise has significant impacts on this region and the world.

At the congress, which continues through Saturday, the party will amend its constitution to incorporate Xi’s political thoughts and philosophy, in effect elevating his status close to that of founding chairman Mao Zedong and of Deng Xiaoping, who initiated China’s sweeping economic reforms.

Xi in his turn seeks to establish a fiscally moderate yet prosperous society by 2020 through reforms, the rule of law and strict party discipline. His thinking prioritises the integrated development of politics, culture, society and environmental protections while ensuring economic stability. It would be an impressive feat indeed if China could in the next five years put that vision into practice without any of the components being cruelly distorted.

Under Xi, however, China has over the past five years become more aggressive and more authoritarian, even with its healthy economy and remarkable technological advances. While China’s economic assistance to countries in Southeast Asia is most welcome, territorial disputes with Beijing in the South China Sea have cast our giant neighbour as an arrogant bully.

FEATURED STORIES
OPINION
Edsa Dos @20
OPINION
So how much is the ‘kick-vac’?
OPINION
Like a child

Xi’s “One Belt One Road” initiative is set to create a multitude of opportunities for economic development spanning much of the world, but building physical links over land and sea will also give China the wherewithal to expand its influence into every connected nation. Its political and economic influence is already evident enough in most member-countries of the Association of Southeast Asian Nations. Cambodia, Laos, Thailand and Myanmar rely on China for financial and technological aid. Thailand and Laos are in partnerships with Beijing to build a railway that will connect them all, a project requiring not just Chinese investment and technology but also human resources. Cambodia, Thailand and Myanmar have bolstered their military ties with Beijing, purchasing hardware from and conducting joint exercise with China.

All of this, though, proceeds in the shadow of the South China Sea conflicts, which put Malaysia, the Philippines and Vietnam directly at odds with Chinese expansionism. The volatile combination of fiscal reliance on Beijing and confrontation over disputed maritime territory could well split Asean in two. Its members with no land in the South China Sea tend to stand closer to Beijing in all other matters. Every Asean summit has at least one member-country imploring the others to tone down the wording of statements objecting to Chinese territorial incursions. China is poised to take full advantage of such disunity, and in fact might well be encouraging it.

It can be argued that Asean-China relations have suffered under Xi’s leadership. In the interest of maintaining and improving stability in Southeast Asia, Xi would be well advised to review his dealings with Asean. The bloc as a whole is a valuable trading partner for China. Every effort must be made in his second term to resolve the South China Sea issue and to pursue other forms of mutually beneficial cooperation with Asean, not just its individual members.

COVID-19 vaccine from China’s Sinovac only costs around P650 per dose, says Roque

Jolina Magdangal reveals being scammed when she bought cactus online

Selena Gomez learns how to make adobo in cooking show