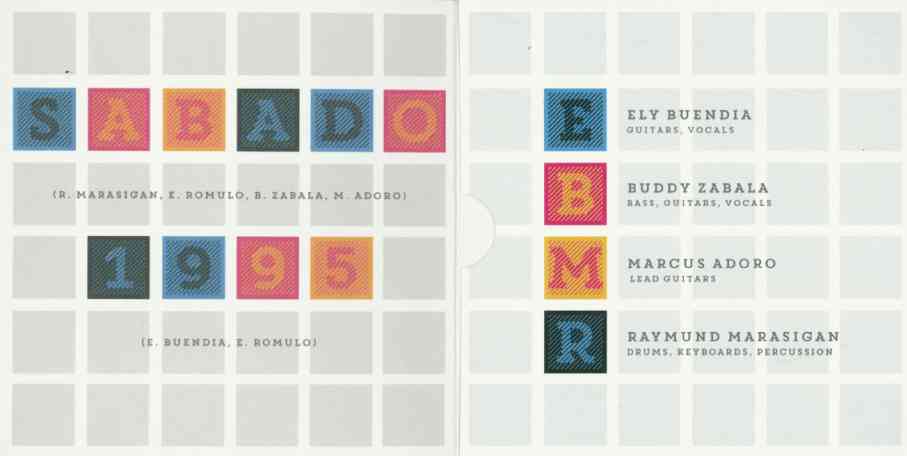 The author credits this Eraserheads’ two-song CD as the reason he first picked up a men’s magazine. INQUIRER FILE PHOTO

I recently had to spend a night out in the city, waiting for the sunrise. It was already past midnight, and on a whim I boarded a bus to Makati. Nowadays, these buses with brightly-lit cabins ply the city’s highways all night. Other souls were shuffling on and off the bus, going around the metropolis for leisure or for labor; it was hard to tell which, here in the offshore-outsourcing capital of the world. They all looked impatient, in any case.

Up until a year ago, I worked graveyard hours in Makati myself, and I’ve memorized the night-time pulse of its wealthy streets. The place always feels safe, even in the most ungodly hour. On a weekend, it is even serene, but not dead. Every turn of the district is illuminated by lights spilling out of innumerable convenience stores; every intersection, by the blinking of traffic lights.

I planned to kill the time by reading in some 24/7 restaurant, picturing myself like Mari Asai in Haruki Murakami’s After Dark, digesting a hardbound at a Denny’s in Tokyo. I didn’t have a book with me then, however, so I dropped by a Ministop and grabbed the current issue of “Esquire” from the magazine rack. I had to stand and wait a few moments in front of the cashier before the sleepy clerk, who was catching up on some shut-eye, sensed my presence.

As I was paying for the magazine then, and later, as I was settling in a side table at a McDonald’s, unwrapping my glossy magazine, I wondered if the clerk or the few wanderers at the fastfood joint thought anything about me, the young man found guilty holding a copy of “Esquire.” It was of course highly unlikely that anyone minded at all, but I still remember the first time I bought a “men’s magazine.”

It was in September, three years ago, and the talk of the magazine town then was the Esquire-exclusive release of the first songs, in over a decade, by the Eraserheads. The Eraserheads’ fame is such that they’re often called the Beatles of the Philippines. (An unfair metaphor, by the way, but admittedly useful.) They had been doing reunion tours overseas, and the then-editor-in-chief of Esquire Philippines, Erwin Romulo, visited the group’s London show. With some encouragement from the editor, the group decided to reunite in the studio and produce two brand-new songs, which ended up being released through a CD tucked inside every September 2014 copy of “Esquire Philippines.”

I didn’t want to miss out on having a copy of that CD, but I was also apprehensive of buying a ‘men’s magazine’; I didn’t know better, even then. I went ahead and tried to discreetly buy one. At least, I thought, the cover didn’t have some woman baring her soul, like on all the other men’s magazines on the rack. “Esquire’s” cover instead had the Eraserheads in London, mimicking The Beatles on Abbey Road.

I loved the songs, the pedestrian nostalgia of Sabado and 1995. I enjoyed Romulo’s rather intimate essay about the band’s London trip. I delighted in discovering the magazine’s Notes & Essays section, which feature literary pieces by reputable writers. And then a friend just had to tease me: so, have you been ‘reading’ the rest of the magazine?, she asked me. When I confidently replied in the affirmative, she was both aghast and incredulous. She thought it was a sleazy publication, and I had just shamelessly admitted to perusing it.

A sleazy publication, the “Esquire” is definitely not. That’s what I realized, when I read through my first issue, and when I started picking up the magazine in barbershops and cafés. My Catholic schooling taught me to stay away (at least publicly) from all glossy pages published for men’s pleasure. What I didn’t know was that there were two kinds of men’s magazines: those that featured a lot of women, objectified them, and served a petty side dish of culture; or those that featured a large dose of culture, and projected sophistication, yet inevitably still admired women—but with dignity. “Esquire,” and a few other publications, belong to the latter. Their content apparently revolves around three themes: culture, style, and women.