Marawi crisis and the challenge of higher education

Editor’s Note: Starting June 25, the Inquirer will run on its print, online, and social media platforms a series of stories, reports and commentaries on the socioeconomic impact – positive and negative – that President Duterte has made in his first year in office. The articles will focus on how the former Davao City mayor has coped with the challenges of the presidency in five major areas that Filipinos consider most important in their lives: peace and order, traffic, economy, governance and foreign policy. This evaluation of the administration’s achievements and shortcomings will take into account what Mr. Duterte had promised to do during last year’s presidential campaign, his June 30 inaugural speech and his July 25 State of the Nation Address. 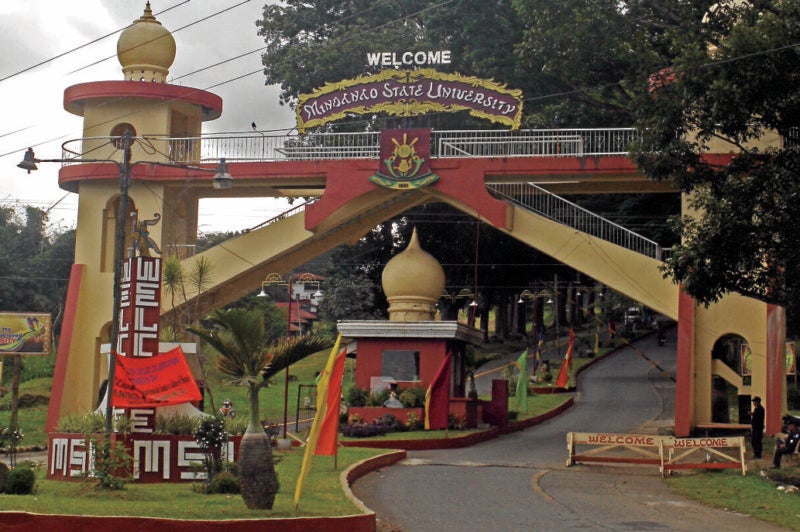 (Editor’s note: The writer is a professorial lecturer of Asian studies at the University of the Philippines Diliman and president of Freedom from Debt Coalition. )

I lived in Marawi City for one school year in 1966 as a college freshman at Mindanao State University (MSU).

MSU was then in its infant stage and had just had its first batch of graduates. Through competitive exams, the students were selected from the best and brightest from high schools all over Mindanao — three-fourths of whom were scholars enjoying free tuition, board and lodging, and books.

The university was meant to be a model of cultural and social integration — Christians and Muslims studying together in harmony and united by the common goal of attaining higher education under the aegis of a paternalistic state. Under its 1961 charter, it was “to integrate the national minorities into our body politic … and into the mainstream of national life.”

But “integration” could also be interpreted as asserting the imagined superiority of one culture, ethnicity, religion and lifestyle over another rather than recognizing and respecting the distinctness and independent development of nonmainstream communities.

Today, “integration” is no longer an acceptable way of addressing ethnic differences. It has been abandoned and replaced by a rights-based set of principles and action plans as embodied in the 2008 UN Declaration on the Rights of Indigenous Peoples and our very own 1997 Indigenous Peoples’ Rights Act.

During the 1960s, the entire MSU curriculum was based on mainstream Westernized education principles. There was little that reflected the diversity and confluence of the multicultural context we were in.

There were no courses on the various indigenous cultures, political systems, histories, belief systems, lifestyles, everyday lives and popular struggles of Mindanao peoples and societies or of neighboring countries with similar systems and histories.

We never learned about the resistance of Moro communities to both Spanish colonialism and US imperialism. The Bud Dajo and Bud Bagsak massacres were stories left untold.

We did not ask why Zamboanga City’s main plaza honors a pacification-era American general. “Internal colonialism” and the dependent relationship with “imperial” Manila were unknown topics.

In later years, to its credit, MSU went beyond the mandated integrationist model. King Faisal Institute was created, offering a bachelor’s degree in Islamic (Arabic) Studies.

An institute for peace and development was dedicated to peace and conflict issues while Mamitua Saber Institute dealt with Maranao arts and culture.

MSU Marawi offered a masteral program in Mindanao studies with courses on the political, sociocultural and economic histories of Mindanao.

MSU faculty have been active in Mindanao peace-related projects, such as the Transitional Justice and Reconciliation Commission (TJRC) under the Bangsamoro Transition Committee, as well as in grassroots work.

In the meantime, social unrest and armed insurgencies rages unabated.

The Marawi crisis and the violence accompanying it leave me with questions as to a possible connection with the state of higher education in Mindanao.

This is particularly so given the analysis offered by Julkipli Wadi, a professor at the University of the Philippines’ Institute of Islamic Studies, that “in recent years, the influx of Arab-educated Moro students returning as ulama (scholars) developed a distinct form of Islamic orthodoxy imbued with the ideological orientation of ‘political islam’ [and] driven generally by the Moro youth’s frustration with the dragging peace process and no better prospects for the future.”

From the lone campus in the 1960s, the MSU system today has autonomous units in eight provinces in Mindanao and Sulu. Why would idealistic and socially concerned Moro youth choose to go all the way to Arab countries to study when a prestigious university offering scholarships was conveniently located in the neighborhood?

Did these Moro youth perhaps see such a mainstream university system as falling short of addressing long-running feelings of distrust and resentment among the deprived and the dispossessed?

Moner Bajunaid, former chancellor of MSU General Santos, said, “Moro youth are seeking an Islamic higher education that we don’t offer here.” He added that “our people look [up to] graduates from Islamic countries with more respect and carrying more authority.”

Bajunaid said, “There is no comparison between our universities and the ones in the Middle East as far as seeking higher Islamic education is concerned, [such as] Al Azhar University in Cairo and Islamic University in Madinah, Saudi Arabia.”

For Rufa Cagoco-Guiam, retired MSU General Santos professor, a barrier to an MSU education for “impoverished Moro youth” is “a culturally Western-based admissions exam” that favors “Christian Filipino students who are more exposed to the nuances of the English language and to cultural artifacts that are a given” in non-Muslim communities.

Thus, Guiam sees more Moro youth “willing to accept full scholarships in the Middle East,” especially when “Islamic precepts are invoked.” She added that “alternative means of including the excluded” should be explored.

One could perhaps start with creating what Rudy Rodil called a “new history” with the three legs that hold up the melting pot that is Mindanao—Moros, “lumad” (indigenous people) and settlers—all contributing equally to the narrative.

The obvious need then is for modernist Westernized academic institutions like MSU and others in Mindanao-Sulu to transform themselves in order to address the real needs and aspirations of Mindanao youth who have been marginalized and driven to despair by the political and socio-economic structures that have lorded over Mindanao for over a hundred years. —CONTRIBUTED

Explore on our special anniversary site the Inquirer series of multiplatform reports and commentaries on the gains and challenges during President Duterte's first year in office. Daily content begins June 25 till July 24.