Malacañang’s dilemma: Align with the East or West? 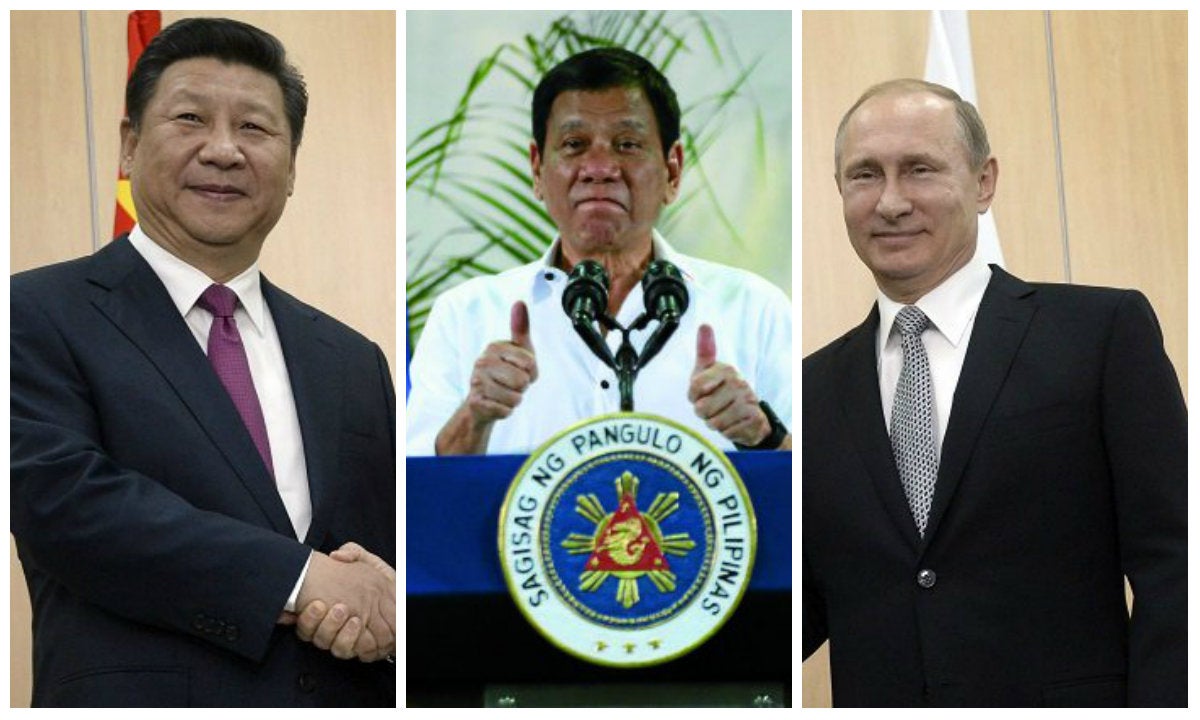 Right after Fidel Ramos became the 12th President of the Republic, he immediately embarked on a mission to promote international trade and encourage foreign investments. With a total of 69 foreign trips during his tenure, this era marked not only the start of the Philippines’ recovery as a potential economic force in the region, but more importantly to the rest of the world, an affirmation of its commitment to Democratic principles particularly in the light of the first Edsa revolution.

President Ramos’ commitment to democratic ideals promotes the socio-economic belief that freedom leads to prosperity. FDIs, privatization and trade agreements were the cornerstones of his vision for the Philippines. One needs money to create money, and for a developing country like the Philippines, FDIs are the primary tool to stimulate the economy, as demonstrated by Japan rising from the ashes after World War II.

However, after the bungled presidencies of Erap Estrada and Gloria Macapagal-Arroyo, the Philippines is still playing catch-up with Thailand and Indonesia when it comes to FDIs as shown below. 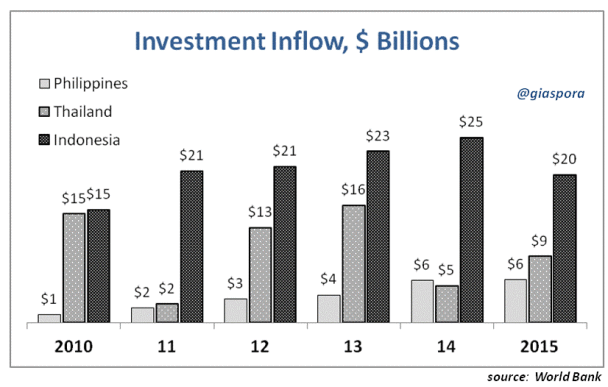 The Economic Impact of New Alliances: East vs West

With President Duterte recently concluding his meeting with President Xi Jinping and snubbing President Trump’s invitation to visit the US, the pivot of Asia’s oldest democracy will set-back the Philippines years, if not decades of economic growth.

Despite the country’s potential, investments will continue to lag behind its neighbors under President Duterte, who could not contain his abhorrence for the US and his open admiration for China. A populist president with a myopic and misguided focus on drugs, he has forgotten lessons from recent history. Countless experiences — from Macri’s election in Argentina as the first non-Peronist president to Rouseff’s ouster in Brazil last year due to corruption charges — have proven that populism and authoritarianism are not sustainable models for governance.