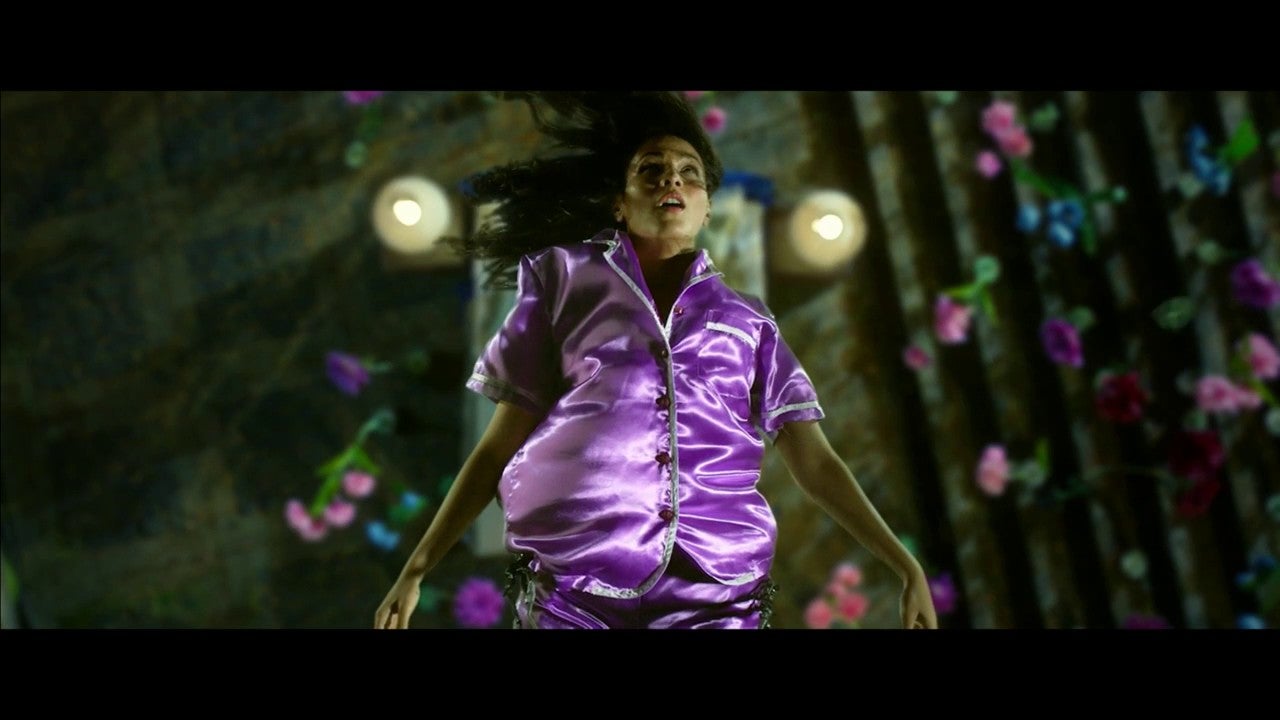 Early in “Bliss,” as an eerie atmosphere encroaches on Jane Ciego’s (Iza Calzado) world, the camera directs its gaze on a few circular objects and establishes a visual motif. A compact smoke detector hangs from a blank ceiling. The froth on a cup of coffee gathers into a disc. A desk model of an atom spins silently in perpetual motion. Bothered by distant noises in the house, the wheelchair-bound Jane roams the empty rooms; a high, circular window emits a strange glow, framing her head like a halo; she is like a saint, venerated, but trapped in limbo.

The motif of spheres and rings foreshadows the cycle of days that Jane soon finds herself trapped in. She is an actress in her prime, but a freak accident she recently suffered during filming sentenced her to solitude in a house, while she recovers. A series of bizarre circumstances—her unresponsive husband, a sadistic nurse, the isolation of the house—leads her to question her sanity. It culminates in the realization that her days are repeating itself. Each morning forebodes a variation of the escalating cruelties inflicted on her. Is this reality, or is it a torturous dream, a prison of nightmares?

The conceit should be familiar to the audience of “Bliss,” and indeed the film anticipates a likely comparison. In a flashback from before the accident, Jane tells her co-actor (played by Ian Veneracion) that she has been dreaming about the film they are making, from which she would wake up confused if she is still asleep. The actor mocks her, you already need a totem, he says, because she is already getting Inceptioned. But “Bliss” does not blindly copy Christopher Nolan’s playbook; it trades Inception‘s multi-level dream structure for the recursive ploy of another influential movie, Groundhog Day. (Although “Bliss” does have a multi-level element in the form of the film-within-the-film, also titled “Bliss,” and there is an easy-to-miss punchline in the credits sequence about this.)

That “Bliss” blends two storytelling tropes together is not merely a cheap gimmick. Dreams and cycles are the film’s chosen means of telling its message. In one scene, Jane shares about a recurrent childhood dream of hers, where her mother Jillian (Shamaine Buencamino) would tease her with a box she knows to be empty anyway. But her mother’s manner of tempting her with the prize would fill her with so much desire. In frustration she would even hurt her mother, but when she finally gets the box, she would be faced with the gaping emptiness of her wish.

It is a beautiful and affecting metaphor for the hollowness of fame; a profound warning against excessive ambition and the loneliness of achievement. The scene is one of only a few in the film where Jane is characterized not as a helpless victim, but as someone partly responsible for her own imprisonment.

The other side of “Bliss’s” statement, of being an exposé on the “cycle of abuse” prevalent in the entertainment industry, is clearer. The ‘cycle’ is rubbed-in crudely with the literal cycle that entraps Jane. The halo image is more subtle: under the public light of glamour, actors are easily venerated as blessed people, but the limbo of mistreatment they inhabit often goes unseen.

Jumpstarting the economy after a pandemic

COVID-19 and the limits of ‘expert knowledge’

COVID-19 crisis could last up to two years, says Duterte

Razon: Count losses later on, PH yet to face the worst