Davao, a city of superlatives 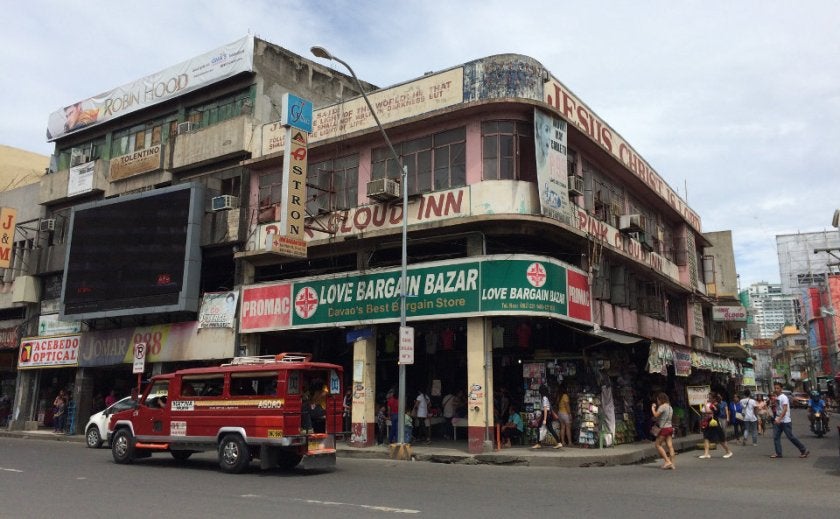 Buildings along San Pedro St. in downtown Davao City. Photo by the author

The much-touted piece of trivia that Davao City is the largest city in the country always had me imagining an urban jungle whose sprawl surpasses that of Metro Manila. That idea excited me, in a dubious capacity as a “city explorer,” but at the same time it worried my conscience, because the congestion of Manila is terrible for a myriad reasons, none of which would be pleasing to see replicated somewhere else in our archipelago.

It was both a delight and a disappointment then to realize that the nominal vastness of Davao is nothing like that of Manila’s. Delight because, as a tour guide in Museo Dabawenyo dutifully pointed out, more than eighty percent of Davao City’s territory is in fact rural—sparsely populated, fresh, green. And the city government intends to keep most of it that way; there were mentions of development plans and city ordinances intended to limit urbanization (or, euphemistically, “development”) of the city’s greener districts. Coming from Manila, it’s certainly refreshing to find a major city government in the country caring, or at least affecting a concern for, nature.

(Only time will tell if Davao will stay pro-environment, or be tempted by unsustainable prosperity.)

On the other hand, the actual size of urban Davao means that there isn’t as much for me to see around in the way of man-made environments, i.e. city architecture. Downtown Davao, the blocks surrounding the city hall, is a blend of the weariness of Manila’s Quiapo and the sleepiness of my hometown, Malabon. Davao City’s growth so far has definitely been horizontal rather than vertical—Marco Polo Hotel is the only visibly high-rise structure in the downtown area, and serves suitably as a compass if you feel like wandering around.

As to why the city’s official boundaries remain so expansive is still unknown to me. The size is absurd when compared to the neighboring territories: Davao City is larger than the rest of the province of Davao del Sur combined. Wouldn’t it be somehow more efficient and effective for governance if the territory were to be chopped up into several cities and municipalities? I can’t be sure, I’m not some public policy expert. I’m guessing that local legislators and executives want to retain the ‘largest city’ title for the vague pride and prestige of a superlative. Competing for the largest, biggest, longest whatever, no matter how Guinness World Records-silly it becomes, is a Filipino hobby after all.

The itinerary for my first-ever visit to Davao City with some friends, last November, consisted of pretty much nothing. We were too cool for a competitive, touristy trip anyway, though my childhood fascination with birds of prey surfaced as an insistence to visit the Philippine Eagle Center. My companions’ non-interest meant I had to take an afternoon alone to the conservation center, far away in Barangay Malagos.

This detour from an otherwise adventure-allergic weekend in the city was where I got a feel for the vastness of Davao City. To get to the Eagle Center, I took a bus from Annil Terminal in downtown Davao to Calinan District. It was a forty-minute trip through a highway cutting through definitely-rural scenery. From Calinan, which looks like a town of its own, unconcerned with downtown Davao City, I piggybacked on a motorcycle up to the Malagos Watershed park where the Center resides. I would later look at a map and find that the distance from downtown Davao to Malagos is only one-third of the distance across the city’s official land area. Certainly a huge place, it is.

Manny Pacquiao returns with ‘big fight’ either in June or July