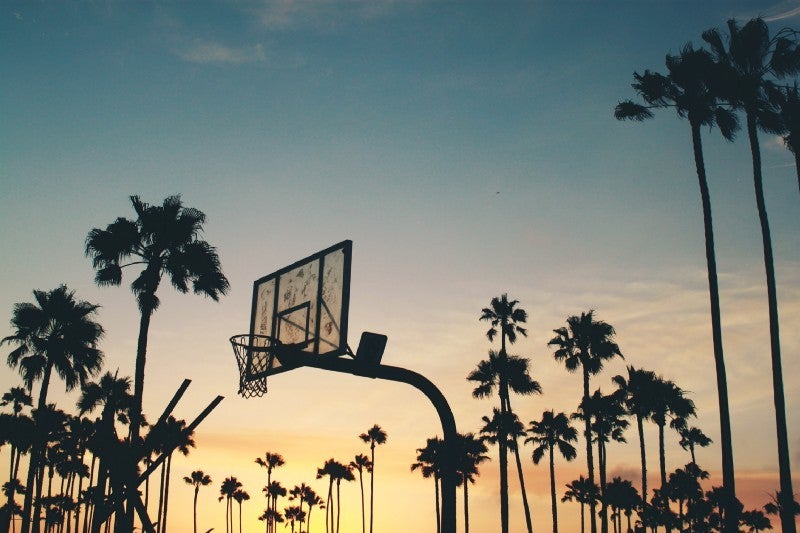 Photo by Nick Jio, as used in the author’s original blog post

When I was in high school, I tried out for the women’s basketball varsity team and, by some miracle, got in. I was fourteen turning fifteen, and I was a mostly mediocre player — I could dribble around some, pass some, run some and, in those very rare times, even shoot some. At five feet, I was somewhat a fit for the point guard position, but I just wasn’t a playmaker. That task was for people with better nerves than I had. Truth was, I got nervous when stakes got real; on court, it was like watching a headless chicken try to cope with a ball. Needless to say, it was very painful.

If I were to be honest, I joined the team so I could be excused from PE and Music, which was a perk. Also, I did truly enjoy playing basketball and attending practices and doing drills and joining the MWF scrimmages after school-hours. On top of that, the Coach was in charge of giving your grades for PE and Music, which meant as long as you were on good terms, that was an easy 99 — a very important point for my Grade Conscious High School self.

You see, I was more the Acads Girl when I was younger, so my being on the varsity team has always been a curious blip on the radar; it did not seem to fit the usual roster of activities for nerds like me. But interestingly, that was what got me accepted in the first place — in addition to having my ass in practice regularly, Coach wanted someone on the team that the other players could approach for academic help.

This played out brilliantly — I liked being helpful, academically. A handful of times, I found myself sitting with my varsity friends and running through some Trigonometry and Algebra reviewers on afternoons we didn’t have basketball practice.

At the start of senior year, Coach announced who was going on Team A, and not surprisingly, I was not on it. I had to miss an entire summer training because I had chosen to go to an academic pre-college summer camp instead, that summer before senior year, and Coach said this was the trade-off.

The main differences between Team A and Team B were both in composition and competition.

Team A, composed mostly of juniors and seniors, competed in bigger tournaments, with Team A’s of other high schools.

Team B, on the other hand, was composed mainly of freshmen and sophomores, and competed in minor tournaments with Team B’s of other schools.

I was a senior on Team B, and for me, it was just what I needed.

Looking back, I realized that being on Team B afforded me learning moments without the stress of the Big League. Together, we were just girls at play — I loved learning on the court with my younger teammates, and being with them allowed me to focus on the sport at my own pace, sans the pressure of winning.

This meant that, while our practices were held with Team A and were thus just as hard (Read: We also got ‘punished’ with extra rounds around the gym bleachers whenever Team A lost a crucial game, because the bottom-line was that we were One Team), the pressure to eke out wins from our meetings with other Team B’s was considerably less, because the specific purpose of participating in Team B tournaments was to hone skills, regardless of outcome.

To me, that was such an important insight: That not all successes were anchored on traditional victories. Sometimes, scoreboards did not tell the entire story.

(Also a plus: Younger teammates who struggled with freshman/sophomore/ junior Math and Science subjects had a friendly senior-slash-tutor on hand for their assignment questions.)

tl;dr — Everybody still won, in the end.

I was reminded of the whole Team A/Team B setup one afternoon, while I was watching my supervisor put the finishing touches to a higher up’s major presentation due the following afternoon. She was in a huddle with our department head, another supervisor, and his veteran graphic artist.

This was a common sight: They were the known Strike Team in the department, meaning they could accomplish complex tasks (e.g. Crucial Presentations for Bosses) on a tight deadline. If anybody needed anything done, they took it to these guys, and these guys did them just as ordered, or even better. As a relatively new employee, I have always regarded them with a bit of awe and a dash of envy.

I say envy because by now I already knew how it felt to be on a Team A in a workplace setting.

After all, I was in one for the better part of the last ten years.

Continue reading at The Last Girl.