‘Tyranny is us’: Are our public servants promoting competition? 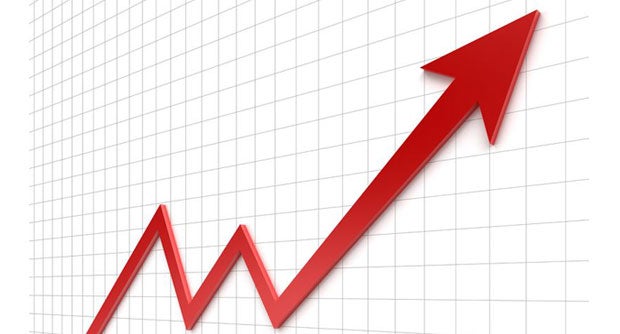 Are our public servants seriously promoting competition and innovation? What about the ones undermining public-private partnerships to ensure their local government units–and then some–get a piece of the action? Are our instincts at work again? The brain compartmentalizes when it isn’t predisposed to step up to the plate.

Consider how the mind plays tricks. I saw the poverty in India during the decade I covered it, yet it took a New York visitor to make me recognize our own poverty in the Philippine. I wanted the beauty of Taal Volcano to be the conversation piece, where he brought the friend, but instead it was the pervasive poverty that he saw–from the moment his plane was to land at Ninoy Aquino International Airport–that struck a chord.

Now recall how we promoted efforts related to overseas Filipino workers (OFWs), only to realize they weren’t the answer to poverty! Nor was land reform and, by extension, neither was subsistence farming.

As said in Matthew 7:26-27: “We need to go back to the foolish man that built upon the sand if we’re missing the perspective.”

I grew up in the time of Namarco (National Marketing Corp.), when the prices of rice and groceries were lower, and the Agricultural Credit and Cooperative Financing Administration (ACCFA), where my uncle used to work. Our government website defines ACCFA as such: “In recognition of the strategic position occupied by our farmers in the social structure and economic development of the country, the Congress of the Philippines in 1952 enacted Republic Act 821. This law established a system of liberal credit which is specially designed to meet the needs of the small farmer.”

That was decades ago. It is not for lack of trying, but are we any better today? “The road to hell is paved with good intentions.” And has our mindset changed?

President Duterte is getting lots of investment pledges; and we’re on to something. Media must do its homework. For example, Singapore has over a trillion dollars in foreign direct investment and Vietnam despite a late entrant to the world community has more with $115 billion against our $63 billion.

Today, we have the National Food Authority that deals with food security.

But consider the Singapore model, written about recently by New York Times Magazine: Singapore grows only 7 percent of its food, having decided long ago that its land had more profitable uses. In the 1980s, it began dispatching its pig farms to outlying Indonesian islands–which still supplies Singapore with pork. The government has invested $380 million in agricultural projects in Australia, and it is renting land in China to build itself a farm double the area of Singapore itself.

Security is about economics–as the USSR (where the bread crisis began its fall) learned rather belatedly–even if security has a nice ring to it, and is compelling and will catch the attention of Juan de la Cruz.

Not surprisingly, both Lee Kuan Yew of Singapore and Mahathir Mohamad of Malaysia told Deng Xiaoping of China to beg for Western money and technology, if China were to lift its people from poverty; and it doesn’t mean embracing the West.

Why is that so hard for us Pinoys to figure out? Because we cannot imagine and visualize prosperity. “Pinoy abilidad” is incremental thinking. Would Steve Jobs have invented the iPhone if he thought likewise? Or think Wayne Gretzky, “I skate to where the puck is going to be, not where it has been.”

The blog constantly speaks to “benchmarking.” Benchmarking is about learning from others. Ditto for growth and development. The fact that we allowed ourselves to become the regional laggard instead of demonstrating an honest-to-goodness effort to benchmark against our neighbors speaks volumes: Tyranny shall always rule the Philippines because insularity paves the way for political patronage and oligarchy to make a puppet of the levers of institution- and nation-building. Is that a shame or what?

To paraphrase The Economist, the history of growth is not fully explained by demographic change or the shift from agriculture to services. Contradicting the Philippine sweet-spot notion and reliance on OFWs. More important is the rise of the rule of law. Before the modern era, elites would fight for the spoils of growth and send the economy back to square one.

If our legislators and bureaucracy truly want a culture of innovation and competition, we must ask if in fact it demands the instincts of community and the common good. What’s good for the goose is good for the gander. How would that square with our reality where seeking and bestowing political patronage is a matter of course?

Vico Sotto: The rise of post-populism