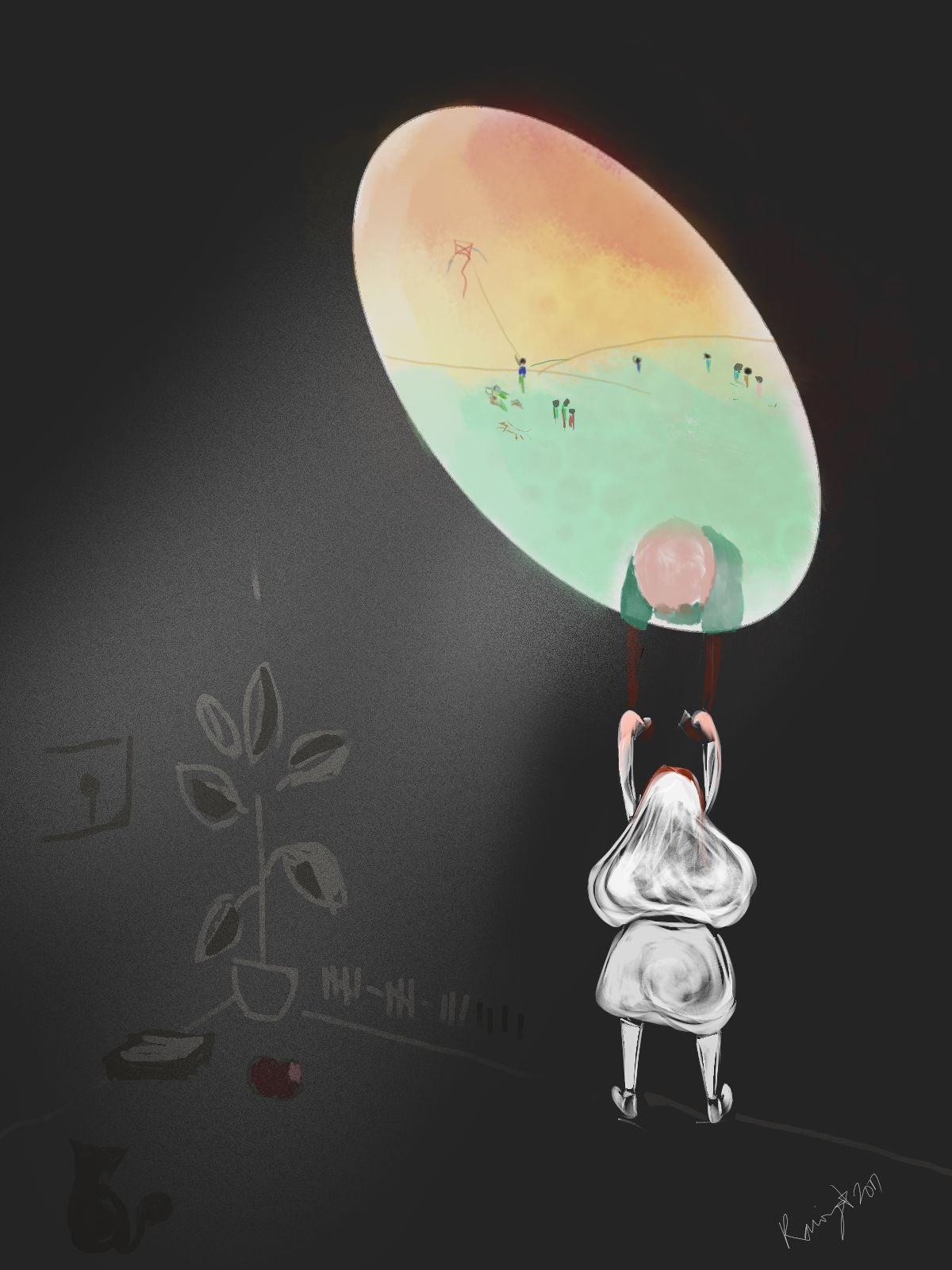 “To willingly allow another person to transform yourself, what you’ve always been, what you’re used to, is always a difficult and terrifying risk to take. But for me it was totally worth it.” ILLUSTRATION BY EIRIEL RAIN DOLLETE

I never had friends when I was young.

When I was in high school and at the peak of my angst and moodiness, I learned through my sister that my dad was surprised that I was able to make friends, given my temperament and personality. I guess he wasn’t exactly proud of me at the time.

Preferring to stay at home and read books than go out and play with other children my age, I did not develop the relevant social skills needed to cruise through life with flying colors. I was shy, I did not have any self-confidence, and I hated talking to people. Not exactly a winning combination.

When it came time for me to go to college, I begged my parents to let me go to Manila. They were terrified for me. I rarely left the house, and my parents thought Manila would swallow me whole. I had just one chance to study in Manila, and that was if I passed the entrance exam to the Polytechnic University of the Philippines.

I don’t know where my bravado came from, but I accepted the condition, and took the test. Failure to pass the exam meant I was going to have to go to the local community college, but I had faith. It was blind faith, but it worked. I passed the exam, and I’d say that was where my life started to change. That’s also when I met E.

E was my classmate in Journalism. He was a few years older than I was, and oozed self-confidence like it was no one’s business. He seemed so sure of every little thing he said, and I knew he was a leader from the moment he voted himself as class president.

At first, he had his sights set on someone else. That someone was pretty, had porcelain, smooth skin and brown ringlets framing her face. She smelled good and had perfect teeth. I didn’t mind. I had a boyfriend at that time who I left in the province.

But a few months after moving to Manila to study, my boyfriend broke up with me, saying that I’ve changed. E had also moved on, after noticing that Ms. Perfect Teeth was paying no attention to him.

He swooped in on me, and the rest was history.

It started when one of our classmates expressed an interest in me. E overheard him one afternoon, saying he was going to visit me in my dorm after class, and E promptly went to my dorm ahead of him and didn’t leave. We sat in the staircase at the dorm entrance and talked for hours. I was surprised when I saw him but thought nothing of it. Eventually, he told me that he purposely went to my dorm so that the other guy won’t be able to talk to me. How conniving.

After that visit, E started to walk me home every day to my dorm, which was near the college. He was wickedly funny, and our conversations always left me doubled up in laughter. We would eat kwek-kwek or buy sugary bread from the bakery, because it was all that we could afford at the time.

A few months passed, and we became inseparable. I found myself wanting to spend more and more of my time with him, and finally I said yes to him one hot afternoon in Quiapo, in front of vendors selling anting-anting and potions to induce abortions.

Our first few months were of course, tumultuous. We had big fights that would leave me crying for the better part of an evening, and which would leave him in a foul mood. With me having no social skills whatsoever and avoiding every chance to talk to people, and he being one of those life-of-the-party kind, we clashed in more ways than one.

E was always urging me to be the better version of myself, and at first I didn’t understand that. I resisted what he was doing to make me better, and I took his encouraging words to mean that he was patronizing me. I came to resent his pep talks that he would spring on me at every opportunity.

But we worked at it. We worked very hard for this relationship to prosper. To unconditionally understand, we had to shed our emotional baggage, and that was one of the hardest things I’ve ever done. I came to realize that I was only preventing myself from growing as a person if I kept letting these negative thoughts occupy my brain.

I would say that E has been the biggest contributor of positive change in my life. He infected me with his enthusiasm for life, and shared with me his overflowing sense of humor. He makes the corniest puns and the most cringe-worthy jokes. He is the most thoughtful person I know. All of these endeared me to him.

He was truly brilliant. I didn’t know it at the time, but his mind was always at work. He was carefully planning our lives, (not in a creepy way) and even without a vision board, his vision was crystal-clear on what he wanted to achieve with his life. And that’s one of his qualities I still marvel at now.

We will celebrate our 10th year together on August. Our officemates (we work in the same company) and common friends pester us on when we’ll finally get married. If the seven-year itch is a thing, the 10-year curse is even truer, they warn. But I smile politely, and brush off their alarm.

I’m not in a rush to get married; I tell anyone who will listen. We have dreams and goals we want to achieve, E and I would say in a chorus over dinner with relatives. And it’s true. While I’m glad that so many people support our relationship, I firmly believe that we can still accomplish so much more before settling down. And I feel safe that our love is not going anywhere.

To willingly allow another person to transform yourself, what you’ve always been, what you’re used to, is always a difficult and terrifying risk to take. But for me it was totally worth it.

Jomie Jean Apostol is a 25-year old government worker who spends her time trying to read books while not letting her short attention span get the best of her, listening to podcasts, and spending time with E.

Who should we trust in vaccines? Comedians?

‘I was betrayed’: Crisha Uy reacts to love life of ex Joem Bascon

Roque: ‘If public won’t trust experts on vaccines, who must they trust? Not comedians’