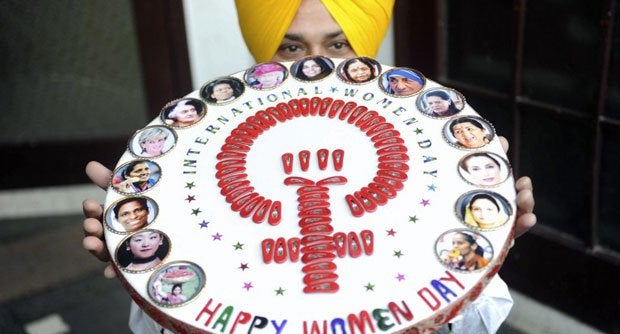 Once a year, every March, especially on March 8, women—and their rights—are collectively feted in what have become International Women’s Day and Women’s Month.

Exultantly, today we take note of the growing number of women heads of state and the increasing ratio of women versus men holding public office. Conscientiously, we celebrate the Olympiads, the scientists, military cadets and mathematicians who pushed the boundaries of women’s roles beyond convention and tradition, and pried more doors open for mothers, sisters and daughters.

The celebration is a necessary reminder that excellence is more a matter of option and opportunity than a function of gender.

In recent months, women have proved themselves capable of also mustering the necessary courage and tenacity to push back—in the face of rising populism, dangerous demagoguery and, for lack of better words, polarizing gangster politics all over the world.

It was the start of what organizers hoped would be a sustained campaign against the current US president’s repeal of progressive programs under the previous administration.

Other women’s groups registered their protest against the government’s move to cut off funds for Planned Parenthood by donating huge sums to the group and, to mock US Vice President Mike Pence who had crowed about the move, sent the receipts to him.

On the local front, even as administration officials adjust their logic, political alignment and moral compass to accommodate President Duterte’s ruthless policies, two women have notably (some might say recklessly) taken up the flag of dissent.

Sen. Leila de Lima was arrested last week and slapped with drug charges that she described as “political vendetta” for her vociferous stand against the President’s war on drugs, which has resulted in more than 7,000 killings. De Lima, a former human rights commission chair and justice secretary, is now in jail based solely on the testimony of convicted drug lords and drug users.

Despite well-meaning advice for her to desist from calling out the President on Oplan Tokhang, the bloody police-led drug war, De Lima rigorously presided over Senate hearings on drugs that put the President in a very bad light. As a human rights official in a previous administration, she had linked Mr. Duterte to the dreaded Davao Death Squad when he was city mayor.

Even from jail, De Lima continues to speak out on the drugs issue and the summary killings. “[The AI report] reaffirms my longstanding belief that the administration’s most murderous war on drugs constitutes an obvious case of crime against humanity, as it is defined under both domestic law… and international law,” she said.

Vice President Leni Robredo, on the other hand, has called for an “army of truth seekers” to counter the fake news and alternative facts being peddled by paid trolls on social media. The Vice President has been the target of several malicious stories meant to discredit her and question her close win over vice presidential contender and Duterte supporter Ferdinand “Bongbong” Marcos Jr.

“When a lie is repeated often enough, it begins to look like the truth,” Robredo said. “Shall we surrender the truth to those who want to corrupt it?”

Just as courageous are the mothers and widows of Oplan Tokhang victims who, at two solidarity events organized by the Catholic Church, spoke up against EJKs despite their being poor, defenseless and vulnerable. In their testimony, the women spoke of their grief and wept over their loss. But they also raised their fist at the unfairness of it all, while vowing to seek justice.

Speaking up and pushing back, these women show the way out of resignation and apathy. And while theirs might sound like a voice in the wilderness just yet, women have an edge going for them: their sheer number as half of the world’s population, and their experience as the perennial castaway or as “The Other.”

It is a powerful drive—the desire to reclaim one’s rightful place at the table.