Of mining and mountains: The audacity of Gina Lopez | Inquirer Opinion

Of mining and mountains: The audacity of Gina Lopez

“Moving a mountain” is an oft-quoted phrase that could be traced back to the Analects of Confucius.

The dawn of the 20th century turned this idiom into a reality with the advent of a technology developed to advance man’s insatiable need for progress: modern mining.

It is the only industry that literally involves moving a mountain: a methodical chopping of layers of soil, rock and earth, extracting the mineral and dumping the bulk of the unwanted material to create a mountain in another location–a multiyear exercise that not only ravishes watersheds and rivers but also creates billions of the dollars for the mining firm. 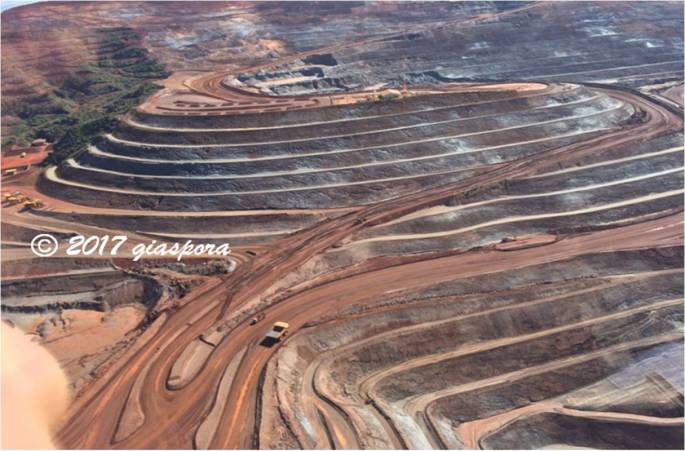 The picture above is from one of my trips to one of Brazil’s largest mining regions, the state of Minas Gerais, about 700 kilometers north from the beaches of Copacobana.

Brazil is one of the world’s top producers of iron ore. Surface mining involves stripping layers and layers of bedrock to reach the ore, which is then mechanically- and chemically-processed to extract the metal.

Vale, which operates most of the mines around the state, grew into a $26 billion Brazilian conglomerate with interests around the world.

On Nov. 5, 2015, one of these iron ore mines owned by Samarco, a joint venture between Vale and BHP Billiton, had a mine tailing (unwanted waste in extracting metallic ores) dam burst open into the Rio Doce. Villagers were killed and hundreds of families were displaced when millions of toxic mud, waste and sludge flowed in the river, traveling across the state of Minas Gerais before making its way to the Atlantic Ocean, poisoning one of the region’s most valuable freshwater resources with heavy metals.

For this, Samarco settled a $5 billion fine last year. However, the cost of the incident to the Brazilian economy and the environment is immeasurable–fish, turtles, plants and marine life were eradicated almost immediately. The region’s water supply will remain contaminated for decades to come. Needless to say, the long-term health and socioeconomic impact of the disaster will be felt for generations.

And so when Environment Secretary Gina Lopez ordered the closure of more than half of country’s mines and canceled 75 mining contracts within a span of barely two weeks, I thought it was about time that the Department of Environment and Natural Resources, and the Bureau of Mines finally exercised their mandate of safeguarding the country’s natural resources and equitably distributing the economic benefits.