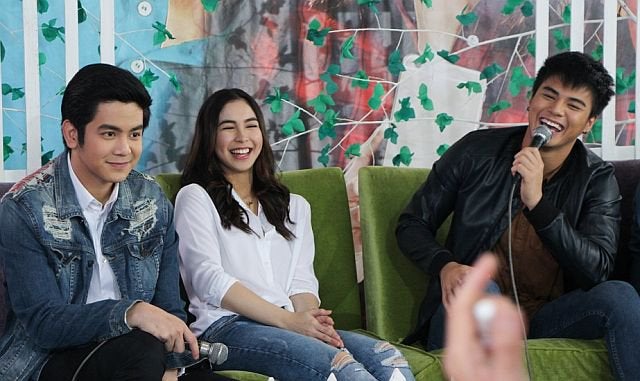 In the last few years, the romantic comedy or the “Rom-Com” has been the go-to genre of local film producers because of its consistent commercial success.

Nearly half of the highest-grossing Filipino films of all-time are Rom-Coms, amounting to an estimated total of P4.2 billion in gross ticket sales. In 2015, half of the finalists in the Metro Manila Film Festival (MMFF) were rom coms; three of which were part of the top four grossing films. In last year’s MMFF, “Vince & Kath & James,” the Rom-Com film produced by Star Cinema, was the festival’s top-grossing film. With this big of a commercial success, it’s no wonder why major film companies consider rom-coms as their cash cow.

But if we try to think about it, what is it with Rom-Coms that make it such a big hit? Is it really because we’re suckers for love stories with tinges of comedy? I do agree to this to some extent but I feel there are far more practical, business-driven even, reasons for it. Here are four possible reasons why it is and will remain the film to make:

The truth is, the current local entertainment industry is supported by love teams. Almost all of our established local stars had, at least in one point in their careers, been part of a love team. There’s just something with seeing two beautiful people falling for each other on the big screen that clicks with most Filipinos. Hence, love teams became the most effective way to build a budding star’s fanbase.

The Rom Com was basically designed for this as it lets the love story be the focal point of the movie. With the action genre, writers have to develop the good guys vs. bad guys storyline. With horror, writers have to develop the central mystery. A straight-up romance movie can work but it will lack the flair of having comedic elements. It will also miss the opportunity of showcasing a talent’s acting flexibility.