‘Sakaling Hindi Makarating,’ a tribute to coping with heartbreak 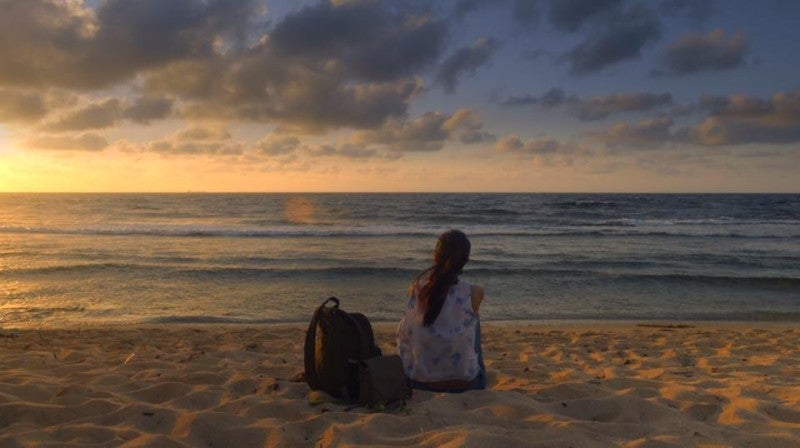 A still from “Sakaling Hindi Makarating.” PHOTO FROM THE OFFICIAL MOVIE FB

Director Ice Idanan, when asked how she came up with the story of Sakaling Hindi Makarating, does not hesitate to share that it was directly born out of personal experience. She wrote, initially, to help her cope with heartbreak, and the first story drafts thoroughly reflected the bitterness she felt at the time. But as months passed, she found beauty in the process of recovering from pain and rediscovering herself, and this newly brightened outlook similarly found its way onto the pages of her script.

It would take many more years and many more pains before Sakaling Hindi Makarating would be completed—at least one script development and two film financing grants later, to be exact—but the film will finally arrive in theaters across the country.

Sakaling Hindi Makarating is about “a series of mysterious hand-illustrated postcards [that] take a young woman on a journey across the Philippines in search of its anonymous writer.” This woman is Cielo, played by Alessandra de Rossi, “a strong-willed woman paralyzed by her own heartaches.”

It is an elegant ploy, an enticing setup for what is billed as a travel film. It also helps that Sakali is readily labeled a “hugot” story—with such themes, it should not be surprising that the film “resonates with plenty of Filipino filmgoers,” in the director’s words. Millennials after all are easily enticed by any story celebrating love and exploration.

And yet, the great pleasure of the film is that it is so much more than its stunning images of our country’s landscapes.