Why the proposed Vanity Tax sucks 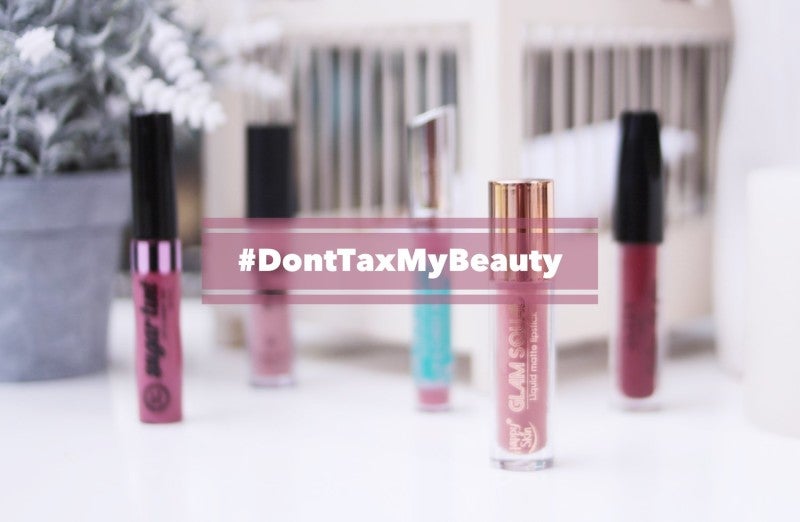 I once interned for a Senator’s office as part of my course requirements in college. In the two months I worked there, I’ve found that our lawmakers say a lot of things for the sake of keeping their names recognizable to the masses. They draft a lot of bills just in case one gains national interest. But very little gets done and when they do, it takes years!

This is why I’m not yet worried about the proposed “Vanity Tax” currently making its rounds in news outlets. Basically, it aims to add 10- to 30-percent excise tax on beauty products and services In a proposed amendment to the section for the excise tax on non-essential goods (refer to the Republic Act No. 8424, or the Tax Reform Act of 1997, which currently implements a 20-percent tax on precious metals, pearls, etc., perfumes and toilet waters, and yachts and similar vessels among other things).

Ako Bicol Partylist Representative Rodel Batocabe stated in his bill that “[A]ny increase of price for beauty and cosmetic prodcuts and services shall only be shouldered by those who choose to and can afford it,” and “[R]aising the 20-percent excise tax on perfume and toilet waters to 30 percent would be preferable than any rise on our fuel prices.”

Nevertheless, we should all calm down for a minute and think about the rationale behind the Vanity Tax. Last September, the Department of Finance submitted its first package of proposed tax reforms to Congress. These are intended to help fund President Duterte’s development plans, and include restructuring personal income taxes, increasing the value-added tax (VAT) base by reducing exemptions, raising excise taxes on oil products, and restructuring the excise tax on selected automobiles.

The World Bank has expressed its support on the tax reforms. They noted that the Philippines still has a 9-percent excise tax on gasoline while other countries are at 25 to 40 percent. We have not adjusted fuel taxes according to inflation for 20 years now, so tax collections on fuel products have actually decreased since the late 90s. Let me quote the Philippine Star:

“…The WB said that as income levels of the rich increased, the more it consumed petroleum products. In fact, households in the Philippines belonging to the top three income levels consume 80 percent of petroleum products in the country…The failure of petroleum excise tax rates to be indexed to inflation not only reduced tax revenues, but also caused a reduction in ‘distributional equity of the tax burden,’ which loosely translated to the rich paying ‘less’ taxes compared to what the poor does.”

Confusing? Here’s how Anton Ragos from Action for Economic Reforms (AER), an NGO composed of academics that studies possible economic reforms, explains it:

He emphasized: “We’re not saying the poor won’t be affected but its not true that they will be the most affected. They consume it the least and the burden of paying it is on higher households.”

In other words, aside from the government’s diminishing tax collections over time, the rich end up enjoying the benefits of low fuel costs and increase their consumption without paying for its actual market cost – remember, the tax on petroleum products has not been adjusted in the last 20 years! If they are made to pay the taxes adjusted to inflation, the increase in government revenue can then fund infrastructure and social services (schools, health care, insurance, etc.). In the long run, the poor will ideally benefit from the increase in excise tax.

It is also worth noting that the increased excise tax on cars, along with the fuel, is intended to make private cars – a luxury – more expensive in order to clear up our massive traffic jams.

Many lawmakers are opposed to the DoF’s proposed tax reforms and intend to make a counter proposal. This, of course, is how a democracy is supposed to work. A congressman then floated the idea of taxing beauty products and services instead of fuel products, rationalizing that the “heavily unregulated,” “200-billion dollar industry” with consumers who can afford to be “attractive, good-looking and gorgeous” should pay for the tax reforms instead of the poor who will be affected by the increased costs of fuel products.

Manila Bulletin wryly adds that the Philippines is currently imposing 1- to 10-percent tariff duty and a 12-percent value-added tax on imported beauty products. The Food and Drug Administration is also pretty strict as it is, and the Bureau of Customs has been recently cracking down on bulk online cosmetic orders. So no, the beauty industry–at least those in it who comply–is not “heavily unregulated.”

The Vanity Tax is vague, short-sighted, and extremely discriminatory against women. Here’s why.

PH’s Duterte vs SG’s Lee: A world of contrasts

Duterte is the weakest link