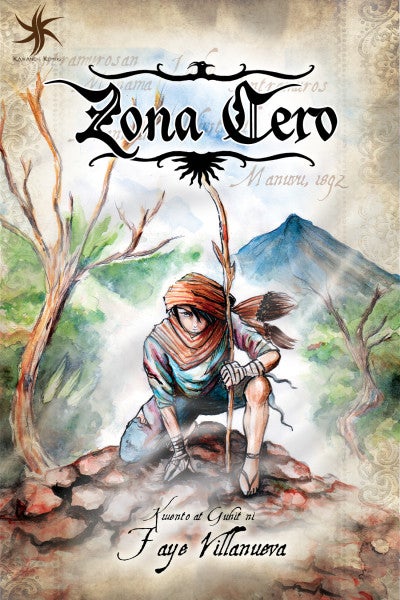 Zona Cero by Faye Villanueva is a steampunk comic on the Philippine war against Spain, except that the countries are named differently, and there is also an element of fantasy involved. The story follows Antonio Malik, a teenage Ilustrado or upper class who lives in the huge archipelago of Intramuros (Luzon), a colony of Iberia (Spain).

It is 1892, and Intramuros has failed numerous times to conquer Manuvu, a big island fashioned after Mindanao which is known for its minerals that Intramuros needs to create weaponry. Intramuros has always used Aserong Soldado, or robot soldiers, to fight with Manuban warriors from the different tribes of Bagobo, Bilaan and Teduray. However, the robot soldiers are always defeated by the fearsome warriors.

Out of frustration, Intramuros decides to revive the Hidalgo, a legion of its best soldiers and famed for being unbeatable in battles. They start to recruit young men who will train to be the new Hildalgo, which includes Antonio, who enlisted after encouragement from his father.