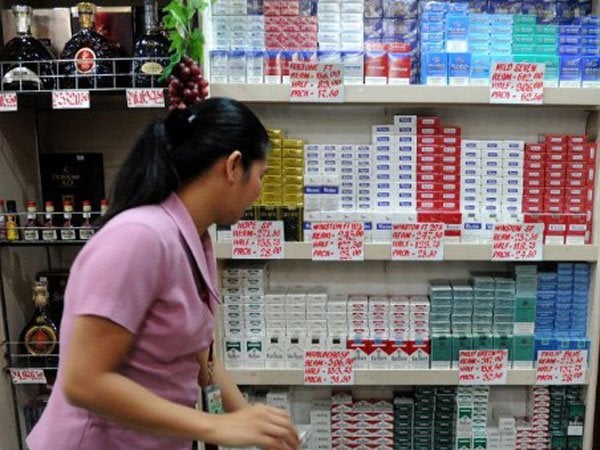 Republic Act No. 10351 or the Sin Tax Reform Law was passed four years ago after protracted debates and delays. Aside from raising revenues, the law also sought to address public health concerns by discouraging the practice called down-trading in which consumers simply switch to cheaper cigarettes instead of quitting smoking. This was supposed to be accomplished by a provision in the law that prescribed a unitary tax on all cigarettes regardless of price starting January 2017.

Until ABS Partylist Rep. Eugene de Vera filed on Oct. 19 House Bill No. 4144 seeking to maintain the two-tier excise tax structure for cigarettes. The bill sets the excise tax for high-priced cigarettes at P36 a pack, and P32 a pack for those priced lower. Also proposed to be in effect starting Jan. 1, it was taken up by the House ways and means committee chaired by Rep. Dakila Cua in just two hearings—on Nov. 28 and on Dec. 5—before it was approved and adopted without amendments as the committee report. The ways and means committee report was sponsored by Cua in plenary the next day. Rep. Pia Cayetano, a principal author of the Sin Tax Reform Law, moved to recommit the bill to her health committee for further public hearing, but was outvoted. The following day, Dec. 7, the bill was approved by a voice vote on second reading. On Dec. 13, the bill was approved on third and final reading, 176-30, with three abstentions.

If the House were only this efficient in passing important and priority bills, perhaps people will have more respect for it. But HB 4144 is not a priority administration measure. Yet, it was taken up ahead of the more important tax reform package submitted by the Department of Finance in September to Congress. The bill was passed on second reading ahead of the Duterte administration’s priority bills, including those involving the special powers to address the traffic problem, the reimposition of the death penalty, and the 2017 budget.

What makes it worse is that the proposed measure was overwhelmingly opposed during the public hearing. The DOF, the Department of Health, the Bureau of Internal Revenue, and the National Tax Research Center had registered strong objections, with only the National Tobacco Administration endorsing it. The Philippine Tobacco Growers Association testified before the committee and registered its objection to the bill.

Health advocates have argued that the bill would erode the public health gains of the Sin Tax Reform Law and accused the House of railroading the bill. They referred to the influential Northern Luzon Alliance as the “Northern Luzon Allowance” and alleged that a huge payoff was forthcoming this Christmas.

And where will the supposed payoff possibly come from? Only one company, Mighty Corp., openly and actively pushed for the passage of the bill. Mighty, which makes cheap cigarettes, controls 25 percent of the industry; it is the same company accused in the past of “systematic and endemic” fraud and has been investigated for tax evasion. It has been observed to be selling cigarettes below cost and tax levels. The Bureau of Customs and the BIR have slapped Mighty with huge fines, and it paid millions of pesos in back taxes without any protest. A review of the Sin Tax Law would have been acceptable had there been discussions on its performance as to collections, disbursements and reduction in smoking rates. There was hardly any talk on the bill’s incremental revenues. The worsening trade in illegal cigarettes was discussed only in passing. At the committee and the floor, it was obvious that there was an apparent rush to pass the bill.

The remaining hope is now with the Senate.

HB 4144 was referred to the Senate ways and means committee chaired by Sen. Sonny Angara last Dec. 14. The Duterte administration, health advocates and the various business groups supporting the unitary tax can only hope that the Senate, unlike the House, will deliberate on the bill with the welfare of the nation and the people in mind.