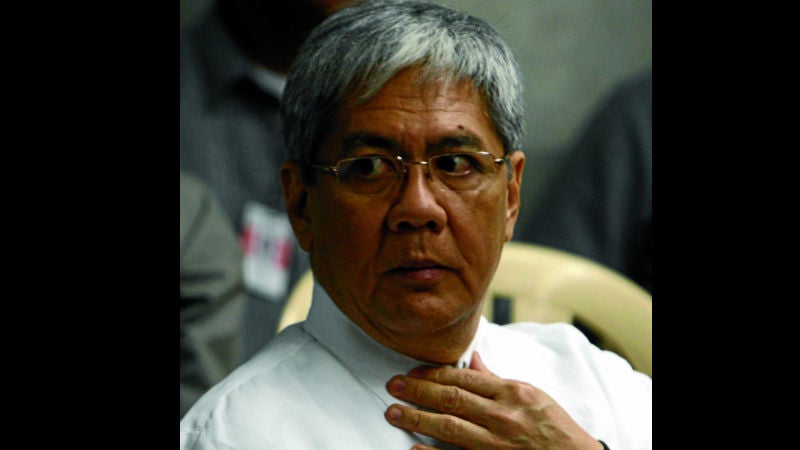 The Sandiganbayan’s dismissal of the P723-million plunder charge against former Agriculture undersecretary Jocelyn “Joc-Joc” Bolante, implicated in the notorious fertilizer fund scam that shook the presidency of Gloria Arroyo a decade ago, is yet another shock to the judicial system—and to the ordinary citizen’s faith in it.

It may really be the case that, as the antigraft court’s Second Division found, “There is no document and/or testimony submitted to establish that accused Bolante received this unliquidated amount so as to make him probably guilty of the crime of plunder.” But the string of once-promising high-profile cases that have suffered a reversal of legal fortune in the last two years—including that of Sen. Juan Ponce Enrile, now out on bail in a plunder case; and that of Arroyo herself, now acquitted in the Philippine Charity Sweepstakes Office plunder case—has now gotten even longer.

Ombudsman Conchita Carpio Morales told the Inquirer on Tuesday that her office would file a motion for reconsideration; earlier that day her office had finally received a copy of the decision that was promulgated on Nov. 28. Repairing to the Supreme Court would be another option. But, in reality, Morales’ hands are, if not exactly tied, then at least restricted—because the case against Bolante was prepared under her predecessor, Merceditas Gutierrez. Since Gutierrez, twice secretary of justice and a close friend of the Arroyo family, inhibited herself, it was Senior Deputy Ombudsman Orlando Casimiro who approved the finding of probable cause and who oversaw the legal strategy in the case.

The case stemmed from the discovery by Sen. Panfilo Lacson in 2004 that the fertilizer budget was reportedly being used as an illegal campaign slush fund. After multiple hearings, the Senate found ample evidence to prove that the mismanagement of the P723-million fertilizer fund had amounted to “premeditated, systematic and agricultural theft.” (It also found that Gutierrez was responsible for “gross inaction,” allowing “people to get away with crime.”)

This case was one of those that figured prominently in the impeachment case against Gutierrez; in 2011, Gutierrez became the second public official to be impeached by the House of Representatives; she resigned from her office a few days before the Senate convened as an impeachment court. The consensus in Congress was that scandals like the fertilizer fund scam had either not been acted upon, or responded to only desultorily, under Gutierrez.

The Sandiganbayan itself was satisfied that there was in fact such a scam. In 2014, it gave the prosecution a chance to amend the charge sheet. Reason: “The Court could already order the dismissal of the present case. However, it cannot close its eyes to the glaring fraud and irregularity in the release and utilization of the P723 Million Fertilizer Funds.”

Not least, the antigraft court also found that Bolante was the “central key player” in the fertilizer fund operation. At the Senate, Bolante had testified that President Arroyo had no direct involvement in the disbursement of the funds. “implementation of the … farm input-farm implement program was approved by [the Department of Budget and Management] without the President’s approval.” At the same time, he acknowledged that he had been authorized by his immediate superior, Cito Lorenzo, the agriculture secretary at the time, to “download [the] money.”

Despite all that, however, the Sandiganbayan’s Second Division found that “No material representation, other than the release of the funds, could be shown attributable to accused Bolante.”

This brings us back full circle, to those scandals that exploded during the Arroyo administration and which Gutierrez failed to investigate with the appropriate focus and rigor. In the Mega Pacific contract which both the Senate and the Supreme Court found anomalous, for instance, Gutierrez ended up (as we had written in this space before) creating “the perfect crime: an obvious anomaly without any perpetrators.”

The fertilizer fund scam looks ready to be classified under the same category.

Sandigan acquits Pichay, 2 others of graft over sponsorship of chess match